Trying to find the perfect movie to watch on Netflix is hard enough, but even if you whittle it down to something new on Netflix, there’s still a bounty of choice available. July brings a number of great films being added to Netflix – some of which are bona fide […]

Trying to find the perfect movie to watch on Netflix is hard enough, but even if you whittle it down to something new on Netflix, there’s still a bounty of choice available. July brings a number of great films being added to Netflix – some of which are bona fide new releases that no one has seen before, while others are classics or hidden gems that are finally available to watch on the streaming service. So in an effort to help narrow down the choices, we’ve put together a list of the best new movies to watch on Netflix in July 2021, which ranges from romantic comedies to blockbusters to horror films to Oscar-worthy dramas. There’s quite literally something for everyone here, so let’s dig in.

RELATED: The Best Movies to Watch Before They Leave Netflix in July 2021

Love Actually is quite literally the ultimate romantic comedy. Writer/director Richard Curtis – who knows a thing or two about relationships having written Four Weddings and a Funeral and Notting Hill – is able to expertly interweave a tapestry of love stories, all set in the UK during Christmas. The film covers all the bases, from unrequited love to complicated love to mismatched love, with a truly incredible ensemble cast packing the film with heart and emotion. Is it a little sappy? Sure. But isn’t that what romcoms are all about?

If you’re looking for something to watch with the kiddos, you can’t go wrong with Kung Fu Panda. Released in 2008, this DreamWorks Animation film draws from legend and the martial arts genre to craft an action comedy about a clumsy panda named Po who dreams of becoming part of te elite fighting team known as the Furious Five. He finally gets his chance when an evil warrior escapes from prison, and Po is unwittingly named the “Dragon Warrior” – who legend has it will defeat this evil warrior. There’s a ton of comedy packed into this thing, but also a lot of heart, and Jack Black makes for a terrific voice lead here. And if you finish the movie and want more, Kung Fu Panda 2 is also streaming and is also pretty good!

If you’re in the mood to watch a blockbuster sci-fi movie that’s a ton of fun, 2009’s Star Trek holds up tremendously well. This was J.J. Abrams’ second feature directorial effort after Mission: Impossible III, and he reboots the Star Trek franchise in a way that honors what came before while also charting new territory. Chris Pine, Zachary Quinto, and Zoe Saldana play younger versions of Kirk, Spock, and Uhura respectively, and the entire ensemble is pitch perfect as we watch the young crew of the U.S.S. Enterprise thrust into a story that involves time-travel, their future selves, and lots of witty banter.

If you want to watch something scary, Netflix has a trilogy treat in the middle of summer. The Fear Street trilogy is being released one movie at a time, one a week, for three weeks in a row as it tells one interconnected story across three time periods. Based on R.L. Stine’s popular book series, 1994 kicks things off in the town of Shadyside where teens try to investigate a history of evil that has ravaged the town for decades. 1978 is a full on summer camp slasher, and 1666 wraps things up as an origin story finale. These movies are full of R-rated gore but also tons of fun, and are reminiscent of the Scream franchise.

We now know Bong Joon-ho as the Korean filmmaker who took the Oscars by storm with his masterpiece Parasite, but if you saw that film and are curious about his other movies, I can’t recommend Snowpiercer (or any of them, really) enough. The 2013 graphic novel adaptation was Director Bong’s first English-language film, and it takes place in a future that’s been frozen over after a failed attempt at combating climate change. The last remaining humans live on an extremely long train called Snowpiercer, which is organized from back to front with the lowest class in the caboose. Chris Evans’ character, living in poverty in the back of the train, leads an uprising as the film follows their journey from back to front, through various class systems, leading to a surprising confrontation. The film has Director Bong’s signature knack for tackling socio-economic issues in an entertaining way, and is a great watch for fans of dystopian sci-fi like 12 Monkeys.

Marking a pretty massive library addition to Netflix, the entire Twilight franchise will be available to stream this month. These movies aren’t necessarily for everyone, but if their moody YA supernatural vibe is on your level, they serve as a satisfying binge-watch. For the uninitiated, the films are based on the book series by Stephenie Meyer and follow a teenaged girl (Kristen Stewart) who falls in love with a vampire (Robert Pattinson). These are definitely romance films first and foremost, but the supernatural aspect comes to the forefront in interesting ways, and even if you’re not a massive fan of the series there’s definitely value in some of the storytelling – especially director Bill Condon’s final chapter The Twilight Saga: Breaking Dawn – Part 2.

If action movies are more your speed, well how about watching one of the best action movies ever made: Terminator 2: Judgment Day. Filmmaker James Cameron’s 1991 sequel is the rare sequel that’s better than its predecessor, as he spins the premise of the first movie on its head by sending Arnold Schwarzenegger’s Terminator back in time to protect John Connor, not kill him. Linda Hamilton is terrific as an evolved yet terrified Sarah Connor, scarred from the events of the first movie and locked up in a psych ward for trying to warn everyone of the impending robot uprising. Many imitators have followed in T2’s footsteps, but few if any have been able to match its combination of scale, precision, and character-centric storytelling.

Adam Chitwood is the Managing Editor for Collider. He’s been working for Collider for over a decade, and in addition to managing content also runs point on crafts interviews, awards coverage, and co-hosts The Collider Podcast with Matt Goldberg (which has been running since 2012). He’s the creator and author of Collider’s “How the MCU Was Made” series and has interviewed Bill Hader about every single episode of Barry. He lives in Tulsa, OK and likes pasta, 90s thrillers, and spending like 95% of his time with his dog Luna.

Sun Aug 15 , 2021
Celebrities and a massive tent were spotted in Martha’s Vineyard for former President Obama’s 60th birthday that his office said was “scaled back” to include just close friends and family amid concerns over the Delta coronavirus variant. Drone footage obtained by Daily Mail showed large tents set up outside Obama’s […] 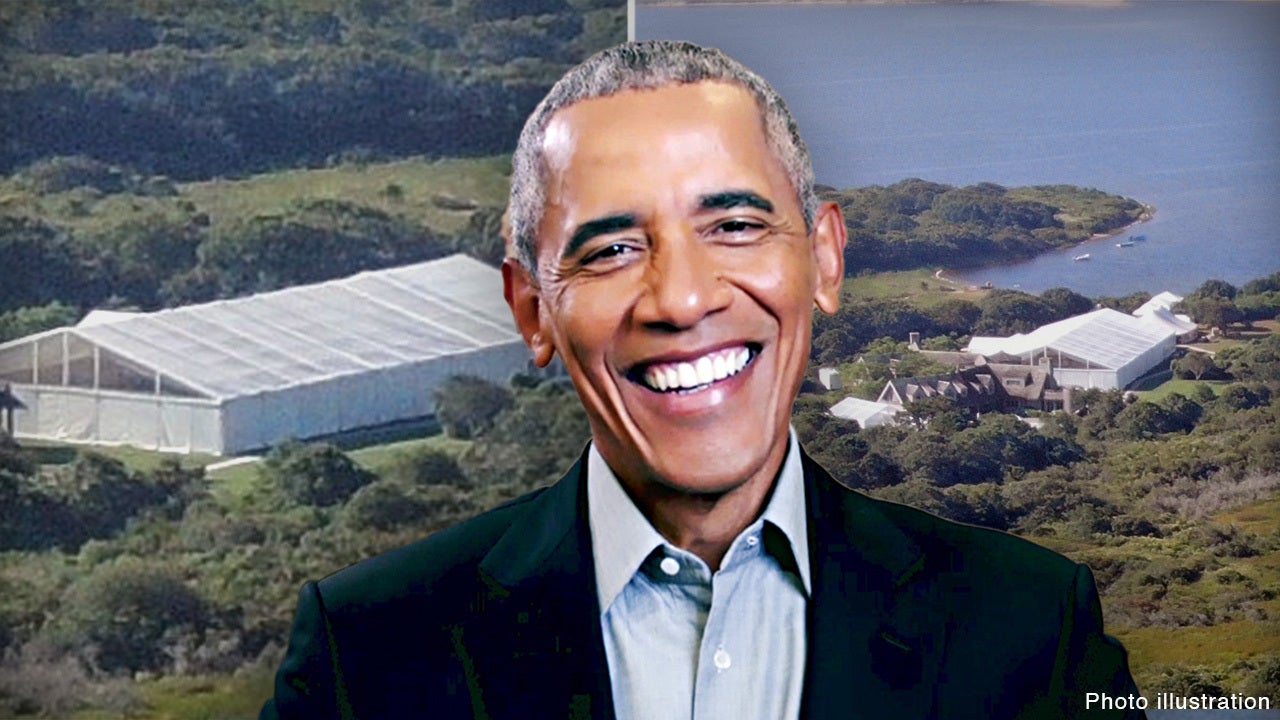