WASHINGTON — A few days after the government released its report on UFOs, Avi Loeb got a call from the Harvard astronomy department that set off an unusual series of events. An administrative assistant informed Loeb, a professor of science at Harvard, that he was getting some new research money. […]

WASHINGTON — A few days after the government released its report on UFOs, Avi Loeb got a call from the Harvard astronomy department that set off an unusual series of events.

An administrative assistant informed Loeb, a professor of science at Harvard, that he was getting some new research money. And shortly after, a billionaire paid Loeb a visit on the front porch of his home to ask him about aliens.

“I’ve been in academia for about 40 years and been a department chair,” Loeb said. “Never have I ever seen a situation where a faculty member gets funding without looking for it and even meeting the donor.”

The hunt for UFOs, or what are now officially called “unidentified aerial phenomena,” is hot these days — but too hot for the halls of academia. Loeb is trying to change that.

He is in a unique position of having both the credibility and the interest in applying real scientific methods to what has long been the domain of pseudoscience and hucksters.

His new Galileo Project — named after the 17th century Italian astronomer known for his use of telescopes and for the controversy he generated over his findings — plans to install a network of small telescopes around the globe to watch the skies in the hopes of capturing even a single high-resolution image of something “weird,” as Loeb puts it.

With the help of a number of other well-regarded astronomers who have signed on to volunteer their expertise, the project plans to use artificial intelligence to help filter out planes, drones, birds and anything else not weird.

“It’s a win-win proposition because even if we find that these aerial phenomena are rare atmospheric effects that are not expected, we learn something new,” he said. “If there is something out there, we need to find out.”

There’s never enough money to go around in science, especially in a field like astronomy where experiments can cost billions because they require sending probes to space or building telescopes on remote mountaintops in the Chilean desert.

But Loeb is quick to note that the relatively modest $1.755 million he’s starting with comes from private sources, so he’s not taking grant money that would otherwise go to, say, researching dark matter — a topic that he quips is just as bizarre as aliens and far less relevant to daily human life.

It’s exactly the kind of research many have called for after the release of the Pentagon’s intelligence report in June, which found that the government could explain only one of the 144 encounters with unidentified flying objects reported by military pilots.

Advocates like Loeb and others argue that military and intelligence agencies have shown no interest in seriously investigating these phenomena and would not tell the public what they found even if they did.

Loeb’s interest in the subject has irritated the mainstream astronomy community, despite broad public interest. A third of Americans think UFOs might be alien craft, according to Gallup.

He first got excited about the topic in 2017 when astronomers discovered ’Oumuamua, the first known interstellar object seen in our solar system, which looked and behaved in unusual ways.

Loeb thought it could be some kind of extraterrestrial craft and made the case publicly in scientific journals, (many) media appearances and a book, “Extraterrestrial: The First Sign of Intelligent Life Beyond Earth,” which came out this year.

Other astronomers and physicists called the work “a shocking example of sensationalist, ill-motivated science,” an “insult (to) honest scientific inquiry” and questioned whether he really even believed his own theory or was just doing it for attention.

Privately, some wondered if he had lost his mind, was having a midlife crisis or was just letting his ego and all the publicity get the best of him.

But Loeb feels vindicated now that the Pentagon, NASA administrator, senators, former CIA directors and former President Barack Obama acknowledge they have seen things that can’t be easily explained away.

“You have the cranks saying ‘nonsense.’ Then you have the scientists saying, ‘See, you have all these people saying nonsense, therefore we should not engage,’” he said. “I don’t think staying ignorant is a good idea.”

Loeb can’t easily be dismissed either — a rare scientist who has reached a position where he can afford to take risks and alienate peers, but still has his research taken seriously.

He’s one of the country’s best-known astronomers, was the longest-serving chairman of the astronomy department at Harvard and has held prestigious appointments from the White House and top academic societies.

Notably, Harvard is allowing Loeb to use its imprimatur for the Galileo Project, though he said it took some convincing that what he plans to do is really just basic observational astronomy, looking through telescopes to understand the universe.

“I was struck by the number of top-level astronomers and instrumentalists who said this was always something they thought about, but never thought they would get funding,” he said. “I even got emails from directors of centers saying, ‘I agree with you, but am afraid to speak about it.’”

His funders include William Linton, the founder of a biotech company who is also at the forefront of researching the potential uses of psilocybin (the drug found in “magic mushrooms”) to treat psychiatric issues, and billionaire Frank Laukien, the founder of a company that makes complex scientific instruments.

“Why does science have to be boring?” Loeb said. “Here we are talking about a discovery that would change the history of humanity, so how dare we push it aside.”

Tue Aug 17 , 2021
The painter Jasper Johns is known for his taciturn bearing, but when arts patron and philanthropist Judy Dayton walked into his Connecticut studio about a decade ago, he lit up. “She drew the sunshine out of him,” said former Walker Art Center director Olga Viso, who was part of the […] 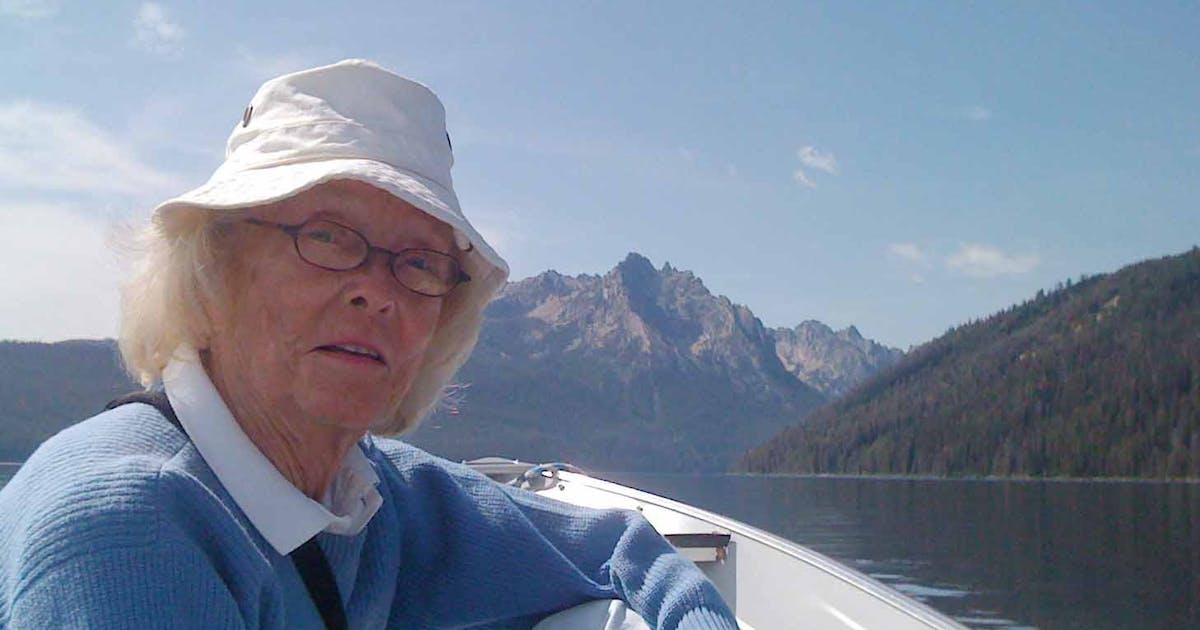