ABC News President Kim Godwin hasn’t even been on the job for six months, but she has already infuriated her bosses over at Disney. When Godwin called for an independent, third-party probe into how allegations of sexual assault against former “GMA” boss Michael Corn were handled (allegations Corn denies), Disney […]

When Godwin called for an independent, third-party probe into how allegations of sexual assault against former “GMA” boss Michael Corn were handled (allegations Corn denies), Disney General Entertainment Content Chairman Peter Rice was angered. That’s according to two people familiar with the matter who spoke to me on Wednesday. Also upset with Godwin: Disney General Counsel and Executive Vice President Alan Braverman, according to one of those sources.

Worth noting: They’re not upset over how she handled the allegations when they first surfaced, because she wasn’t even at ABC when that happened. When you do the math, and look at who was in charge when a formal complaint was made, you start understanding why they’re not happy.

A Disney spokesperson didn’t respond to repeated requests for comment on Wednesday. And I reached out to Godwin as well, who did not respond. But one of the sources told me, Burbank is “really pissed” at her…

Inside ABC News, multiple people familiar with the dynamic said, morale is low. Those people also pointed out that Rice has been MIA. In fact, The Culture Council, a group of peer-selected employees who are working with leadership to promote change inside the company, even reached out to Rice. These employees wrote Rice “requesting that he personally address the News Division,” according to an email the council sent to staffers and which I obtained.

That has not happened. Instead, Rice has been “a ghost,” as one source candidly put it to me. Indeed, Disney and Rice have been silent, failing to answer basic questions about events that have rocked the newsroom. For example, will the company grant Godwin her wish and green-light an independent investigation into what happened at “GMA”? Disney won’t say. In fact, I can’t even get the spokesperson for the company to even acknowledge my emails…

Brian Stelter writes: “Oliver and I are both hearing versions of this same question from inside ABC News: ‘Who knew what when?’ Godwin was not at ABC when the alleged incidents at ‘GMA’ took place. But lower-level execs were. Several of them were named in the lawsuit. Who was there when formal complaints were lodged with the company in February to the company? Rice. One of my sources pointed out that rumors relating to Corn’s abrupt departure have been circulating for months. So none of this newfound controversy should have been surprising to Disney. ‘We were supposed to be a network where the culture was changing,’ one veteran ABCer said to me with a sigh…”

Godwin appeared to reiterate her call for an independent investigation into the matter on Wednesday. “We are going to invest in additional resources to support our group,” she wrote in a memo, “and call upon both internal and external expertise to help guide us.” Notice her inclusion of the word “external” there.

In her note, Godwin interestingly praised The Culture Council, the same group that wrote Rice asking he address the newsroom. She said the group’s work is “more important than ever” and that its members are “working hard to help us create positive change.” She added, “We need to continue to support and promote this work, to push it forward, and to continue to evolve it.”

Godwin also announced that, for now, ABC News will be expanding its Human Resources team. “For GMA and the DC Bureau, we are taking immediate steps to assign dedicated HR business partners to those teams,” Godwin said. Godwin ended her note saying that “this is just the beginning…”

Wed Sep 8 , 2021
When you walk up the driveway at David Kordansky’s new home in the hills above Los Angeles, the first thing you notice isn’t the house itself, but a groovy aluminum sculpture—a swirling piece by Evan Holloway, studded with incense sticks and positioned to track the celestial path of the moon. […] 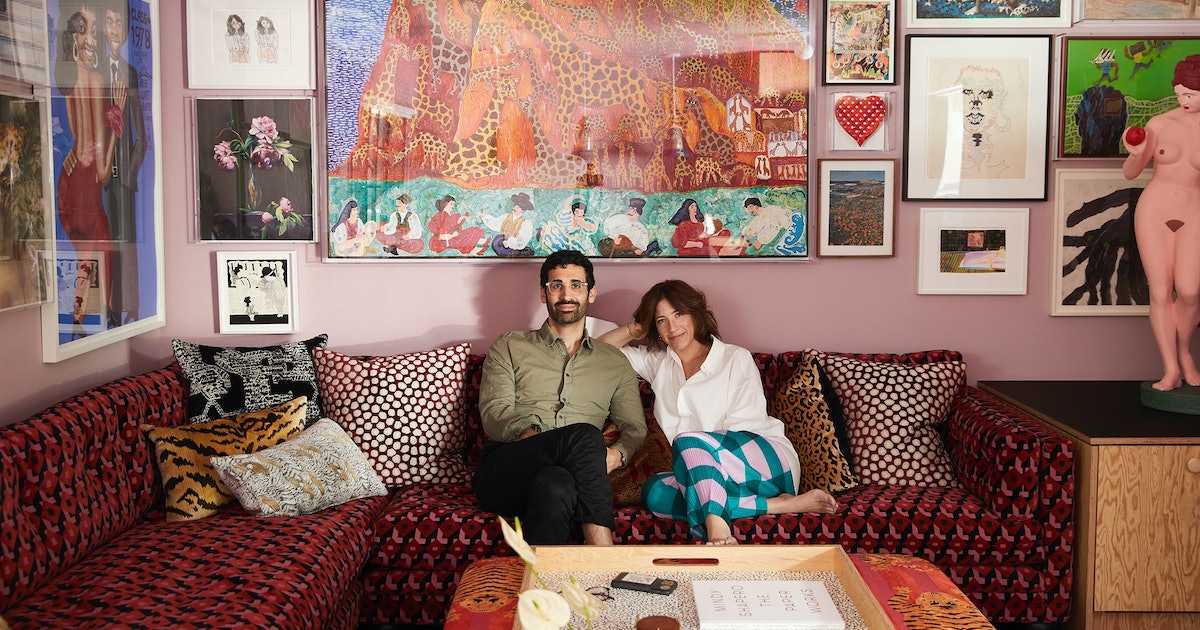