The Menu; The Sex Lives of College Girls. Photo-Illustration: Vulture. Photos: Searchlight Pictures; HBO Max With the holidays quickly creeping forward, the movie releases and new television shows are ramping up both in and out of theaters. The long-anticipated sequel to Enchanted is out today with Amy Adams twirling around […]

With the holidays quickly creeping forward, the movie releases and new television shows are ramping up both in and out of theaters. The long-anticipated sequel to Enchanted is out today with Amy Adams twirling around singing like a songbird once again, while in theaters Ralph Fiennes gleefully unnerves a group of elites with his unorthodox menu. On TV, new seasons of Dead to Me and The Sex Lives of College Girls are out for the binging. But there’s more than just those choices to watch this weekend; here’s what else is on the menu list:


You all clamored for it, and now a sequel to Enchanted is arriving on a magic carriage (a.k.a. Disney+). Amy Adams and Patrick Dempsey return as the happily-ever-after couple Giselle and Robert, who pack it up in New York City and move to the suburbs for their kid Morgan. Though when life in the suburbs isn’t shaping up to be what Giselle hoped (doesn’t help that Maya Rudolph’s character Malvina Monroe is terrorizing her), she goes to the dark side, wishing for a more perfect life, which, duh, doesn’t go well.

Available to stream on Disney+


This Sunday marks the end of Elton John’s North American tour and his final touring performance in the States. It’s a bittersweet occasion, but the good news is that even if you don’t have a ticket to the show, Disney+ will be livestreaming the event for its subscribers. Fellow musicians like Dua Lipa, Kiki Dee, and Brandi Carlile will also John that night.

Available to stream on Disney+


The idea of traveling to a remote island to eat a posh meal constructed by Voldemort himself (Ralph Fiennes) actually does not sound appetizing or safe! Nonetheless, Anya Taylor-Joy and Nicholas Hoult play the couple at the center of The Menu who go off to this remote island to get an expensive meal from a chef with unconventional methods, and from the trailer, those methods may lean more deadly.


Director Maria Schrader tackles the New York Times stories on the sex-abuse allegations of producer Harvey Weinstein, based on reporters Megan Twohey and Jodi Kantor’s investigation and book of the same name. Carey Mulligan and Zoe Kazan star as the two reporters working to uncover the abuse. It’s not exactly innovative filmmaking, but it’s an impactful retelling of the events that led to his downfall.


If you blew through Don’t Worry Darling on HBO Max and need a Pugh double feature, her latest film this year is now on Netflix. Working with director Sebastián Lelio, known for movies like A Fantastic Woman and Disobedience, Pugh stars as an English nurse tasked with monitoring a young girl in 1800s Ireland who claims to have not eaten for months. From there, it’s a slow burn of Pugh deciphering whether this puzzling feat is a miracle or a concerning hoax.

Available to stream on Netflix


Christina Applegate and Linda Cardellini have one season left as the wine-drinking, dead-body-hiding besties Jen and Judy. In season three of Dead to Me, the duo are in hot water after cops find the body of Steve (James Marsden), Judy’s (Cardellini) ex-fiancé. And with Steve’s twin brother Ben (again, James Marsden) hanging around, things are not great, Bob!

Available to stream on Netflix


The girlies return to Essex College for some more hot shenanigans, though not before cleaning up the mess they left last season. Kimberly (Pauline Chalamet) deals with the fallout from the cheating scandal, leading all the girls to make up with the frats. Plus, with hot brother Nico (Gavin Leatherwood) gone, it makes for another hottie (Mitchell Slaggert) to easily join the fold.

Available to stream on HBO Max

Also! Read our streaming recommendations from the weekend of November 11. Vulture’s next list of weekend streaming picks goes online Wednesday, November 23, in time for the Thanksgiving holiday.

A Sequel To A Ryan Reynolds Movie Is Trending On Netflix

Mon Nov 21 , 2022
R.I.P.D. 2 is currently trending on Netflix. By Mark McKee | Published 15 hours ago Ryan Reynolds may be one of the surest things at the box office with Deadpool and The Hitman’s Bodyguard and in streaming with Red Notice and The Adam Project, but he hasn’t always been that as he has a few skeletons in […] 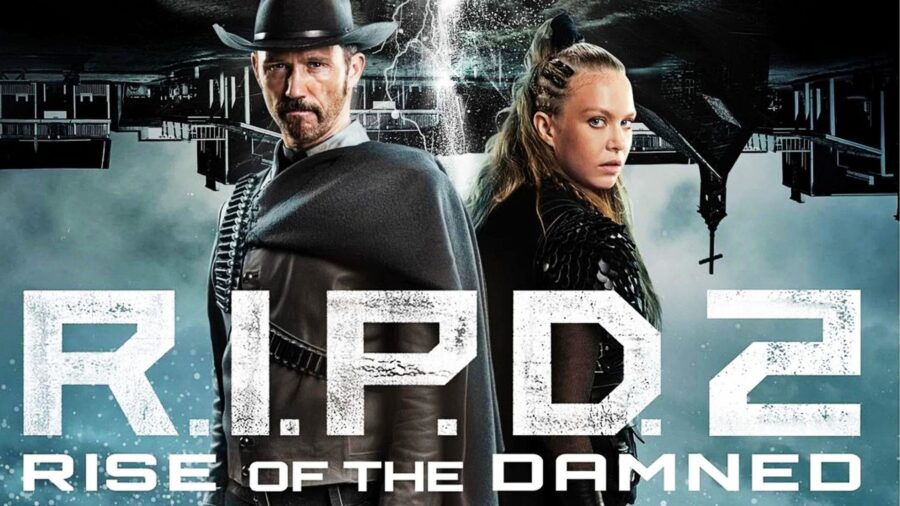