Boycott Radhika Apte trending on Twitter: Actor Radhika Apte is being targetted relentlessly by Twitter trolls today. She is being slammed for apparently “destroying the Indian culture”. While there has been no recent statement or film from Radhika Apte that could be credited for the backlash, trolls are sharing old stills from her film Parched and more on social media, accusing her of promoting “obscene” content. The said image features her in an intimate sequence with actor Adil Hussain.

Apte, whose filmography is replete with films on social issues, hasn’t yet responded to the trolling. “Their movies are so bad that I can’t even put a photo video. The issue is that they have spread obscenity, boycott them in the interest of the country (sic),” one user wrote on Twitter using the hashtag #BoycottRadhikaApte.

Apte had earlier confessed that her role in Leena Yadav’s Parched (she played a sex worker) came at a time when she “needed” it the most. She also remembered the time when a nude video went viral and reports claimed it was her in the video. The clip was from a film called Clean Shaven and she said that she was not part of it.

Nonetheless Twitter troll brigade has taken it upon itself to hold Apte and the entire “Bollywood gang” accountable for defaming Indian culture. A person on Twitter wrote, “Audience watch these movies and make these movies successful, then it becomes a trend that actresses does these type of roles then why this trend #BoycottRadhikaApte? Stop watching these movies & make the actors realize that we don’t need this content so that they do good roles (sic).”

When it comes to Kathua entire #Bollywood gang was with Placard
Why these people silent on #RajKundra ?
Habit of bollywood to defame degrad our culture #BoycottRadhikaApte pic.twitter.com/icQ3Kp1TIi#BoycottRadhikaApte

Meanwhile, some troll also found a way to link the actor to the Raj Kundra case. Kundra, who is married to actor Shilpa Shetty, is currently in police custody in connection with production and publication of videos that were pornographic in nature via a mobile app. Twitter users have slammed Apte and other Bollywood actors for not raising their voice on Kundra’s arrest and the case against him. According to many, content hurting religious sentiments should be banned altogether.

Radhika Apte trolled on Twitter for “anti-Hindu” movies and “working against our Indian culture”.

Check out the tweets here:

Audience watch these movies and make these movies successful, then it becomes a trend that actresses does these type of roles then why this trend #BoycottRadhikaApte ?
Stop watching these movies & make the actors realize that we don’t need this content so that they do good roles.

When child is raped in Temple ððð

Bollywood was first to hold placard for Kathua case to defame hindus,

But when it comes to Raj Kundra, everyone has swallowed kilos of Fevicol.#BoycottRadhikaApte pic.twitter.com/3bmB8T3PYZ

Apte began her journey in the Hindi film industry with a small role in the 2005 film Vaah! Life Ho Toh Aisi!Â and went on to earn wide critical acclaim from various films. In an interview last month, she had told Hindustan Times that it’s been very fortunate for her to get some great projects during the lockdown. Her most recent release was OK Computer that also featured Vijay Varma and Jackie Shroff. She will soon be teaming up with Rajkummar Rao, Huma Qureshi, Sikander Kher for the upcoming Netflix film titled Monica, O My Darling.

From Naming Her Child To Signing Films, Kareena Kapoor Can Do No Right By Troll Brigade

Sat Aug 21 , 2021
In an exclusive interview with ABC News’ George Stephanopoulos, and the president’s first since the fall of Afghanistan to the Taliban, President Joe Biden stood firm in his defense of the United States’ withdrawal, but asserted for the first time that he believes the chaos was unavoidable. “So you don’t […] 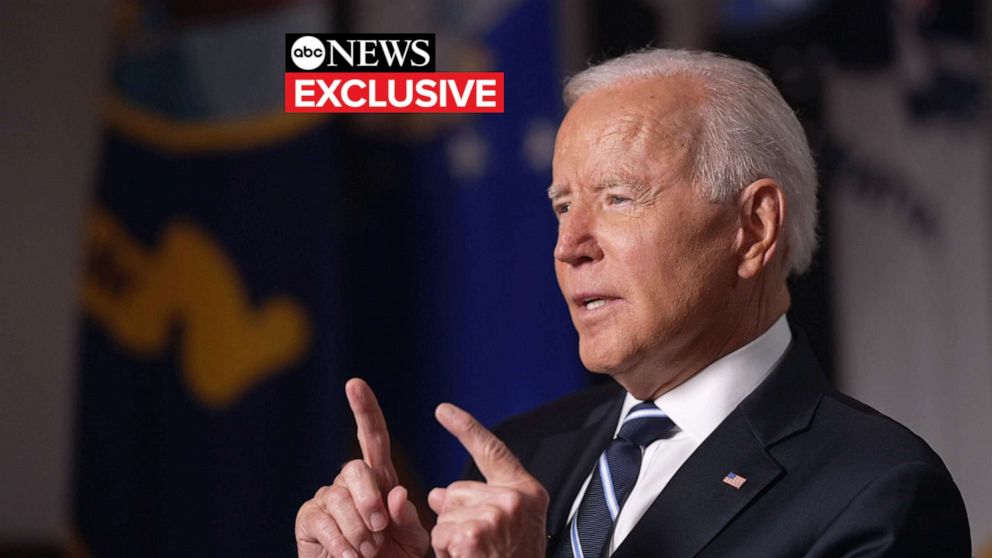