Capture One 23 is the latest version of Capture One’s professional image capture, cataloguing and editing tool, and now offers even faster image culling as well as its editing improvements. Already one of the best photo editing software applications you can get, Capture One 23 extends the range of tools […]

Capture One 23 is the latest version of Capture One’s professional image capture, cataloguing and editing tool, and now offers even faster image culling as well as its editing improvements.

Already one of the best photo editing software applications you can get, Capture One 23 extends the range of tools available to pro photographers for organizing, editing and managing images.

The first of Capture One 23’s new features is Smart Adjustments, and these are designed specifically for portrait, wedding and event photographers, where consistency in face and skin tones is crucial. To use the new feature, you first edit a single image to your taste using Exposure and White Balance adjustments, then set this image as a ‘Reference’ to be applied to multiple images. Capture One will attempt to intelligently match that look across all of them. Not only that, you will be able to save your reference image as a ‘Smart Style’ for future use.

Professionals may spend as much time on image organization as editing, and Capture One 23’s new, faster culling system is designed to help you eliminate duds and duplicates more quickly. There’s a brand new ‘Cull’ view designed specifically to make this easier.

The next new feature in Capture One 23 is the ability to save layers with Styles. Capture One uses adjustment layers and masks for local adjustments, and now it will be possible to include these in preset Styles saved for future use. For example, you could include a graduated mask for skies in landscape shots. Even if you don’t use masks, splitting adjustments into different layers will make it easier to identify and modify them individually later on.

Capture One’s fourth new feature might sound dull, but when you need it, you really need it! It will now be possible to change the capture time for images, which is really useful if your camera’s date and time have been set incorrectly or not at all. Incorrect capture times can badly affect sort orders and filters when cataloguing photos.

Lastly, Capture One has introduced a free version of its Capture One Live collaboration tool, previously sold as a separate service. There are some restrictions on how long a live session can last and how many you can have running, but this will be a major attraction to photographers previously put off by the cost of the service.

On this day in history, Nov. 3, 1956, 'The Wizard of Oz' debuts on TV, elevates old film to American classic

Wed Nov 9 , 2022
“The Wizard of Oz,” the Hollywood epic beloved by generations of Americans for its fantastical allegory rooted in love of heartland, home and family, appeared on television for the first time on this date in history, Nov. 3, 1956.  “For generations, this 1939 MGM fantasy musical has held a cherished […] 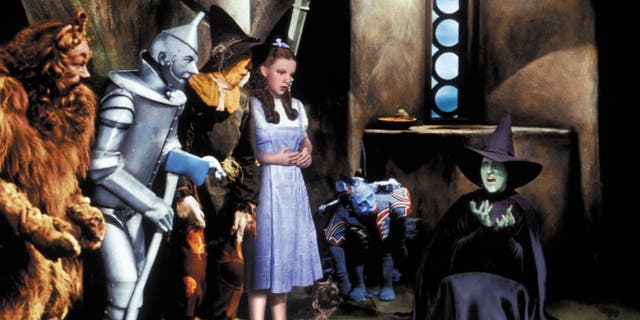