It was a long, occasionally brutal, night at Christie’s on Thursday, November 17. But in the end, the auction house sold $421.9 million worth of art, propelling its tally for bellwether, semiannual auctions into the uncharted territory of more than $2 billion (all sales figures include buyer’s premium). The top […]

It was a long, occasionally brutal, night at Christie’s on Thursday, November 17. But in the end, the auction house sold $421.9 million worth of art, propelling its tally for bellwether, semiannual auctions into the uncharted territory of more than $2 billion (all sales figures include buyer’s premium).

The top lot was Jean-Michel Basquiat’s portrait of prize fighter Sugar Ray Robinson (1982), a punchy, fiery painting that fetched $32.7 million, falling short of the estimated $35 million target. The result paled in comparison with the recent market performance by the artist, who was second only to Pablo Picasso in terms of auction revenue in 2021.

“Everything is in the shadow after the big sale,” said collector Leonard Riggio, a founder of Barnes & Noble, referring to the Paul Allen auction last week. “These are normal, everyday works of art. We are getting back to reality.”

Christie’s started the New York sales season with its record $1.6 billion auction of works from the collection of the late Microsoft billionaire Paul Allen, selling five paintings for more than $100 million in less than three hours on November 9. A week later, the house seemed to be the victim of its own success. One of its top two lots Thursday night, Willem de Kooning’s abstract Untitled III from the late 1970s, guaranteed by the house and with an asking price in excess of $35 million, failed to draw a single bid. (In the post-sale conference, Christie’s executives acknowledged that the auction house now owns the De Kooning.)

Later on, paintings by Paul Gauguin and Hans Hofmann, with a joint low estimate of $9.5 million and guaranteed by Christie’s, failed to sell as well. A Clyfford Still painting, PH-69, estimated at $12 million to $18 million, was withdrawn. As were five lots by once in-demand contemporary artists, including Dana Schutz, Robert Gober and Albert Oehlen.

“One week you have tailwinds, another week you have headwinds, and you have to continue in both cases,” Christie’s chief executive officer Guillaume Cerutti said, reflecting on the auctions. “Is the market more difficult than six months ago? Of course.”

The auction of 20th century art totaled $307.9 million, a 27 percent decline from $419.9 million a year ago. It included classic Impressionist material and postwar trophies drawn from many high-profile collections. Denver-based financier Tom Marsico anonymously consigned a group of eight Impressionist artworks, sprinkled throughout the night as “Property from an Important American Collection”. The Jewish Museum in New York sold a Henry Moore sculpture for $2.3 million to benefit acquisitions. The Agnes Gund Foundation parted with a yolk-yellow Roy Lichtenstein disc, Mirror #5 (1970), to raise money for reproductive rights; it fetched $3.2 million. Marsico’s lots were guaranteed by Christie’s, and included pieces by Monet, Manet, Degas, Matisse, and Caillebotte. The selection generated a combined $35.5 million, exceeding a low presale estimate of $31.5 million. However a sumptuous floral still-life by Frédéric Bazille, estimated at $5 million to $7 million, sold below estimate for $3.7 million. Marsico bought it at Sotheby’s for $5.3 million in 2004, so its previous sale remains the auction record for the first-generation Impressionist, who died during the Franco-Prussian War in 1870, aged just 28.

Riggio, one of the biggest collectors of Alighiero Boetti, paid $6.1 million for the artist’s monumental painting Tutto (1990), surpassing its $5.5 million high estimate.

The almost-four-hour event felt like an endurance race. Mid-way through, gallerists, advisers and collectors began leaving the saleroom. A group of private dealers headed out for a quick drink. A major Basquiat dealer was seen leaving the premises before the star lot came out. “Tired,” he said, hurrying down the stairway, where the painting was on display.

Mera Rubell, a Miami-based mega collector, jokingly suggested doing shots to pass the time and keep warm. She had to suffice with water and coffee.

Later on in the night, the 21st-century art sale had mixed results, totaling $114 million, 48 percent down from the $219.3 million made a year ago. Five lots were withdrawn from the original lineup of 40 works before the auction started. And pieces by On Kawara, Pat Stier and Liu Wei failed to sell. But there were bright spots. A painting by Anna Weyant fetched $1.5 million, five times its low estimate. Rashid Johnson set a new record at $3 million for his Surrender Painting “Sunshine” (2022), sold at more than three times the estimate, to raise money for charity.

The Basquiat was sold by Las Vegas billionaire Lorenzo Fertitta, according to people familiar with the work. Estimated in excess of $35 million, it hammered at $28.2 million ($32.7 million with premium), the bid offered by Alex Rotter, Christie’s chairman.

“That’s all I’ve got,” he told the auctioneer.

It wasn’t a great performance by Basquiat. Sugar Ray Robinson last appeared at auction in 2007, fetching $7.3 million and selling to billionaire jeweler Laurence Graff. It made the news in 2016 when Christie’s departing rainmaker Brett Gorvy said he sold it for $24 million after posting its photo on Instagram—in one of the first high-value art-market transactions made on social media. Over the following six years, the painting’s price increased by just $4 million.

Even the youngest artists didn’t fly quite as high as they did in the past year. Christina Quarles’s Fallback, Back/Side hammered at $480,000 ($604,800 with buyer’s premium), just surpassing the low estimate of $400,000. In May, another painting by the artist soared to $4.5 million and her new works sell for as much as $1.2 million at Hauser & Wirth. And paintings by Gerhard Richter, Charles Ray and Mark Grotjahn all fell short of their low estimates.

“People are more cautious,” said Paolo Vedovi, a Belgian art dealer, explaining the cool down in the market. “They are not spending as they used to.”

Thu Nov 24 , 2022
SM Entertainment is known to be one of the most competitive entertainment agencies in the k-pop industry. Having a long culture and history of respected regime, SM Entertainment has produced many famous groups dating back to the first generations.  Some of these groups include H.O.T, Shinhwa & S.E.S in the […] 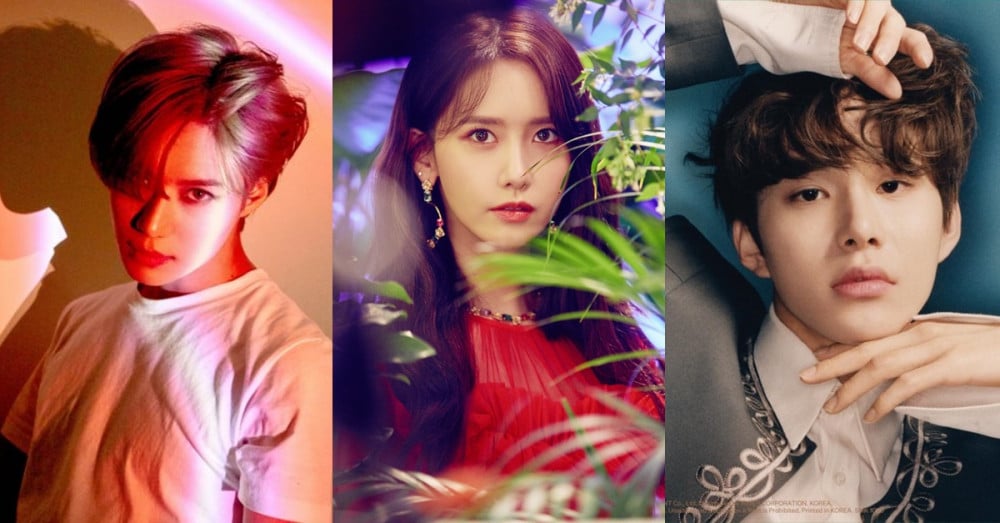