The sociologist and city planner Patrick Geddes once said, “A city is more than a space. It is a drama in time.” As such, Covington-based photographer Sam Greenhill is constructing a veritable visual narrative of the city. Its stories and cast of characters, so to speak, play out as he […]

The sociologist and city planner Patrick Geddes once said, “A city is more than a space. It is a drama in time.” As such, Covington-based photographer Sam Greenhill is constructing a veritable visual narrative of the city. Its stories and cast of characters, so to speak, play out as he sees them through his lens, an interplay of serendipity and technique.

The City’s Economic Development Department contracted with Greenhill earlier this year and asked him to build a gallery-worthy compendium of images that align with its new brand and manifesto, which defines Covington as the “bold side of the river.” The photos are representative of the community’s nuances, history, progress, and, as the manifesto states, boldness.

“We have so many great photographers living here in Covington and Sam is no exception,” said Sarah Allan, Assistant Economic Development Director. “His work most clearly aligned with our Department’s new brand manifesto, celebrating the city’s boldness, diversity, and quirkiness that sets Covington apart.” 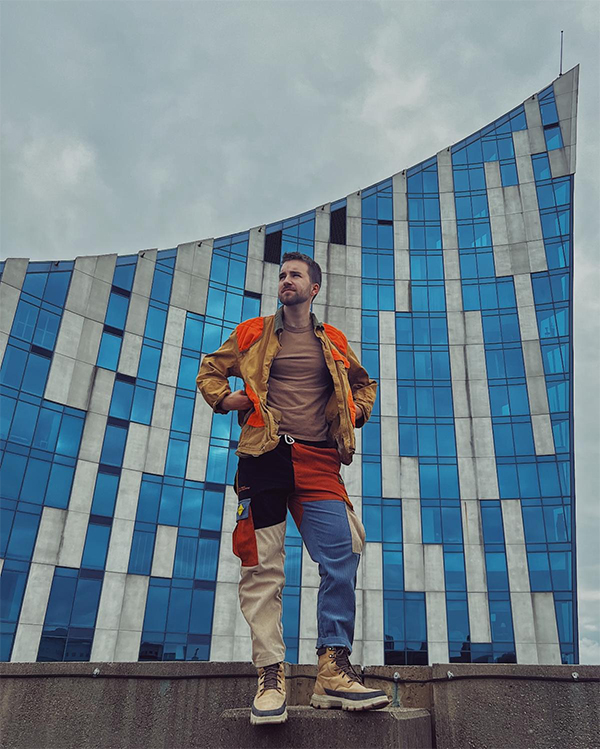 Expect Greenhill’s work to become increasingly visible throughout the city.

Greenhill finds inspiration in the natural ebb and flow of Covington’s paradoxes – its progress alongside its past, its grit and its polish, and the sublime and the bold.

“This work is actually pushing the narrative that I was always feeling anyway about Covington,” Greenhill said. “My mission statement for my photos is ‘if you love The Cov, love the full Cov,’ in all its weird and eclectic things. Embrace it. Don’t try to redefine it. We’re kind of rustic and very bold. Covington honestly recognizes who it is rather than trying to be a tourist destination, and I think that’s great.”

Armed with his Nikon D850, Greenhill seeks out the city’s identity, history, memories, residents, places, and experiences on walks through Covington with a friend.

“I think what makes it most ideal is getting a friend to come with me so it’s just a walk, as anyone would walk with a friend, and you point at random things that you notice,” he said. “You relax yourself and let it be whatever it is. You’re pointing out what’s interesting to you and what catches your eye.”

What catches his eye is a sense of place and movement and the nuances of light and texture. He finds these elements in the rise of a new building or the stillness of an existing one … in a mother’s kiss on an infant’s cheek … in church steeples set against a bruised blue sky … and in faces, so many faces. He sees details where the casual observer sees none.

It’s work that requires dedication and patience, and work that he was preparing for even as a child who used his parents’ cellphones to take pictures. Encouraged by his parents to pursue his talent, Greenhill enrolled at Northern Kentucky University where he studied graphic design.

“I wanted to learn something I didn’t know,” said Greenhill. “And I do think those principles of design helped me in learning about the idea of simplifying in my photography.”

Greenhill said he aims to make his photography have the essence of a painting and wants to bring beauty to the often “unobserved.”

“I truly enjoy the honesty of a story,” he said. “It’s fun to take something that’s not seen as ideal and then show the beauty of it. That’s something I really enjoy. I’m really excited to show the true beauty of Covington.”

Allan is confident that Greenhill’s work will go a long way toward conveying Covington’s many stories.

“Our team believes his photos will help further the narrative that so many people know already: that this is a place where y’all means all,” she said.

How to watch Mississippi State football vs. Auburn on TV, live stream

Mon Nov 7 , 2022
Mississippi State football is set to host the Auburn Tigers on Saturday. The game is scheduled to begin at 6:30 p.m. CT at Davis Wade Stadium in Starkville, Mississippi. The Bulldogs enter the game 5-3 after losing to Alabama on Oct. 22. The Tigers enter the game 3-5 overall after a loss […]