Veritas Entertainment Group has optioned the rights to the upcoming novel “Dava Shastri’s Last Day” with an eye toward a premium series adaptation as a “Succession”-style dynastic saga revolving around an ultra-wealthy Indian family. The book set for release Nov. 30 by Hachette’s Grand Central Publishing is the debut from […]

Veritas Entertainment Group has optioned the rights to the upcoming novel “Dava Shastri’s Last Day” with an eye toward a premium series adaptation as a “Succession”-style dynastic saga revolving around an ultra-wealthy Indian family.

The book set for release Nov. 30 by Hachette’s Grand Central Publishing is the debut from Kirthana Ramisetti, a former entertainment journalist for New York Daily News and Newsday. The manuscript has been generating pre-publication buzz.

Veritas, the independent production group that specializes in packaging IP into TV and film projects, jumped at “Dava” after hearing the premise. Ramisetti’s flair for storytelling was clear to the Veritas partners — veteran book agents Bob Bookman and Alan Gasmer and producer Peter Jaysen — from the first pages despite being her first publication.

“At this cultural inflection point in entertainment, the television marketplace is on the hunt for new stories, set in new worlds and most importantly from new storytellers,” said Jaysen. “Kirthana Ramisetti’s writing, point of view, and the characters she created caught our attention immediately and we are confident viewers are going to love them as much as we do when they are adapted for television.”

“Dava” revolves around a wealthy Indian businesswoman and philanthropist who summons the family to her private island on Dec. 26, 2044, to announce that she is dying of brain cancer at the age of 70. She’s decided to fake the news of her death early in order to read her obituaries. The move prompts a scramble by her extended family and full-blown crisis when Shastri’s obituaries reveal “devastating secrets” about her life rather than accolades for her work on behalf of women’s rights and the arts.

The family stories in the book are tailor made for episodic adaptation, Jaysen enthused.

The premise was sparked in part by Ramisetti’s work as a journalist. She noticed the outpouring of tributes and commentary that are generated by the deaths of prominent figures, and that got her to thinking about how a powerful person might go to great lengths to influence how they are remembered.

“I thought, what if I came up with somebody who was so fixated and obsessed with their legacy that they set up their death early to see how that legacy was examined — only to have it backfire when their two biggest secrets are revealed.”

The storyline was also influenced by her love of “Hamilton” and the simple but profound concept explored in the song “Who Lives Who Dies, Who Tells Your Story,” Ramisetti said.

An Indian American, Ramisetti grew up in Southern California and headed to the East Coast for college. She earned an MFA from Emerson College in 2003. Her initial interest in journalism was piqued by her love of reading reviews and criticism.

“I was very happy to marry my interest in writing and pop culture” in covering entertainment and culture for New York newspapers, she said.

Ramisetti began work in earnest on “Dava” in 2018 and began submitting it to prospective literary agents in February 2020. She signed with lit agent Andrea Somberg, of Harvey Klinger Agency, and film and TV agent Rich Green of Gotham Group within weeks, just as the pandemic lockdown began to take hold of the country.

Writing “Dava” was no less than dream come true for Ramisetti. She hopes that a TV adaptation can be a vehicle for her to help provide a springboard for others of South Asian descent who aspire to careers in the entertainment industry. She’s been greatly inspired by current landscape of shows offering authentic and nuanced portraits of Indian and South Asian famiiles and communities, including Mindy Kaling’s Netflix comedy “Never Have I Ever” and Peacock’s “We Are Lady Parts.”

“For so long, Indians and South Asians were seen only in supporting roles,” Ramisetti said. “Now we’re finally in the center of the frame and it’s been really meaningful to me. I would love ‘Dava’ to be a show that is part of that continuum for so many talented actors and creatives.”

Hiro, Fashion Photographer Who Captured the Surreal, Dies at 90

Tue Aug 31 , 2021
Yasuhiro Wakabayashi, the Japanese American photographer known as Hiro, whose fashion and still-life images captured a relentlessly inventive vision of American life that critics likened to those of his idol and mentor, Richard Avedon, died on Sunday at his country home in Erwinna, Pa. He was 90. The death was […] 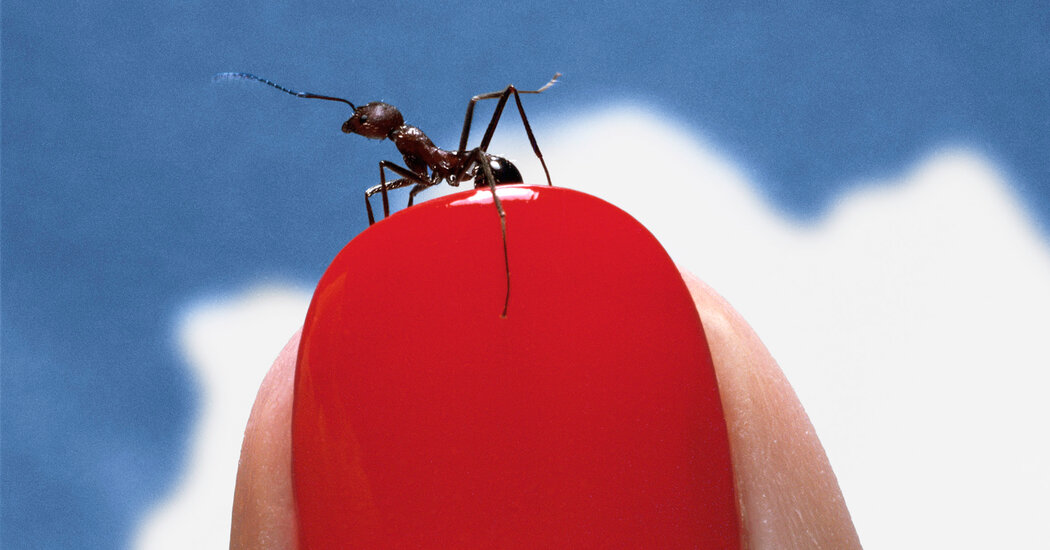