At 91, Jasper Johns is turning out impressive and touchingly personal work. During the solitary months of the pandemic, he completed a painting titled “Slice,” and a group of related drawings and prints. Likely to be a standout of his upcoming show, “Jasper Johns: Mind/Mirror,” a two-venue retrospective opening Sept. […]

At 91, Jasper Johns is turning out impressive and touchingly personal work. During the solitary months of the pandemic, he completed a painting titled “Slice,” and a group of related drawings and prints. Likely to be a standout of his upcoming show, “Jasper Johns: Mind/Mirror,” a two-venue retrospective opening Sept. 29 at the Whitney Museum of American Art and the Philadelphia Museum of Art, “Slice” is a large, horizontal and predominantly black oil painting that combines unrelated images of a map of outer space and a human knee.

When I first saw it in July in the artist’s barn in Sharon, Conn., I was riveted and asked him to help me decode it. Without elaborating he mentioned a name that was new to me: Margaret Geller.

A few days later I reached Dr. Geller, an astrophysicist at the Center for Astrophysics in Cambridge, Mass., and the recipient of a MacArthur fellowship, known as the “genius grant.” She’s recognized as a pioneer in mapping the universe. The story of her history with Johns, as it turns out, sheds much light on the genesis of his painting and the role that a random encounter with a person can play in the creation of a work of art.

I learned that she has harbored a fascination with Johns since 1996, when, on a visit to the National Gallery of Art in Washington, she happened to see his “Mirror’s Edge 2” (1993), a chalk-blue and gray canvas scattered with images that felt like clues in a mystery. She was transfixed by the lower half, which contains a ladder, an illustration of a whirling galaxy, and a stick figure falling headfirst through space.

Dr. Geller, now 73, believed that the painting chronicled, of all the crazy things, the highs and lows of researching cosmology. “To me, what the painting said is, you climb up this ladder to the galaxy. You try to understand: How did it originate? What is it made of? And then you fall back through space not knowing whether you are right or wrong.”

She was pleased to find that the galaxy depicted in “Mirror’s Edge 2” was M101. Twice as large as our own Milky Way, M101 was cataloged in the 18th century by the French astronomer Charles Messier, which accounts for the M in its name. Its spiraling arms have earned it an affectionate moniker: the Pinwheel Galaxy.

Dr. Geller couldn’t wait to write Johns to ask how he became so knowledgeable about astronomy. But she had read that he was inordinately private and loath to discuss the meaning of his work. She thought, “I don’t want to write and have him not write back.”

Two decades went by. In the fall of 2018, encouraged by a friend, she finally sent off a letter saying how much “Mirror’s Edge 2” meant to her. She enclosed a computer printout of her own work: a map entitled “Slice of the Universe,” which shows the distribution of nearby galaxies. Its publication, in 1986, brought her and her collaborators great fame in their field.

Six months passed before she heard back from Johns. “It was a very terse letter,” she told me. “I had asked him how he found M101 and the answer I got was, ‘I am not interested in astronomy.’ So I thought that was the end of that.”

It was, in fact, Johns told me, far from the end. Interested in images of all sorts, the artist was intrigued by the map she sent. Googling around, he found a few educational videos in which Dr. Geller explains her work. What is the universe? “It’s our home,” she told a PBS talk-show host in 1993. “It’s the last line in our address.”

Johns is well-known for his own preoccupation with cartography. (The Whitney show will include a selection of his map paintings of the United States, in which his vigorous brushwork crosses state boundaries and at times dissolves them.) Dr. Geller’s map held a special appeal for him. When you look at it closely, the random-seeming dots and galaxies coalesce into a distinct and delectable shape — that of a giant stick figure, a pointillist Gumby with outstretched arms and bowed legs flowing along with the fabric of the universe.

It was an amusing coincidence. Johns had long featured stickmen in his work. They usually appear in little troupes and might be waving paintbrushes or just dancing around the perimeter of things, perhaps a nod to his dear friend Merce Cunningham, the great modern dancer and choreographer, who died in 2009. Now, he learned from the “Slice” map that nature had spun its own alluring stick figure in the midst of the infinite darkness of the firmament.

Early in 2020, Dr. Geller received another letter from Johns, one that startled her. “He told me that he was thinking about making a painting, and since he was old he wasn’t sure if he would finish it. And if he finished it, I would be partly responsible for this painting.”

He had always found inspiration in pre-existing images. You can start with his early “Flag” paintings and his debt to the seamstress Betsy Ross. His use of commonplace subjects, as art-history textbooks point out, spawned the Pop Art movement of the ’60s. But unlike the Pop artists, with their Campbell’s soup cans and comic-book women crying on the phone to their boyfriends, Johns is not interested in satirizing consumer culture. He is a more interior and poetic artist who shows how objects can be entrusted to express feelings and ideas, conjuring presences and absences.

“Slice,” in the end, does borrow from Dr. Geller’s map, as viewers can see when the painting makes its debut in the Whitney half of “Mind/Mirror.” There he is: that funny stickman dangling in the sky, his body rendered in red, blue and green dots rimmed in white pigment.

Other elements are no less important. The painting derives much of its power from its tarry, visceral surface. On the left side, black pigment thins and drips, exposing patches of bare canvas as well as a linear pattern (which happens to be based on Leonardo’s drawings of knots). Light fades. Something is vanishing.

The right side, by contrast, is dominated by a hand-drawn illustration of a knee. It is fixed in place with four little pieces of masking tape that look so real you might be tempted to peel them off the canvas, but they’re just a trompe l’oeil illusion. Johns found the original knee drawing, which was done by a high-school student from Cameroon named Jéan Marc Togodgue, in the office of an orthopedist whom the artist sees for his longtime knee problems.

All in all, “Slice” captures the haphazardness of life, with its mix of the achingly personal (a throbbing knee) and the coldly impersonal (the infinite expanse of outer space) and no clear connection between them. The artist seems to be saying that even his paintings are mere objects, as separate and eternally silent as the maps and illustrations and other oddities they depict.

As Johns lamented when we first met in 1988, “One wants one’s work to be the world, but of course it’s never the world. The work is in the world; it never contains the whole thing.”

On the other hand, “Slice,” I think, is full of genuine linkages that cut across the distances of time and space. Although Dr. Geller has never met the artist or spoke to him on the phone, the painting reminds us that connections between individuals do not always require words. Sometimes an image is enough. And sometimes a painting, as much as a galaxy, can brim with points of light.

How to photograph the moon using a camera: techniques, kit, and settings

Wed Sep 15 , 2021
It has never been easier to photograph the moon, thanks to the advent of digital camera technology. This familiar sight in our skies – our nearest neighbor in space – is a great object to start with if you’re a beginner looking to get into the wider universe of astrophotography.  […] 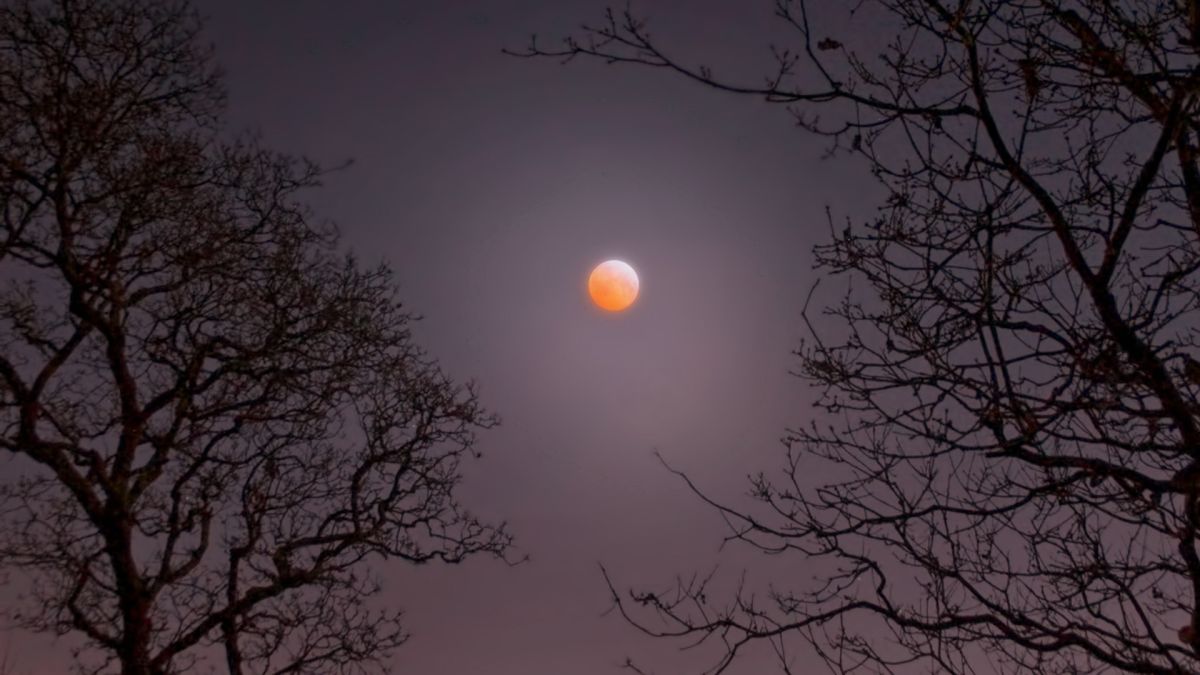