Although they look exactly the same, the new XT30 II and old XT30 differ somewhat when it comes to their specifications and features, so much so that cash-conscious buyers may be wondering if the older model still offers everything that they need, or whether the newer XT30 II has a […]

Although they look exactly the same, the new XT30 II and old XT30 differ somewhat when it comes to their specifications and features, so much so that cash-conscious buyers may be wondering if the older model still offers everything that they need, or whether the newer XT30 II has a few clever tricks up its sleeve that are worth the upgrade.

So we’re bringing you this in-depth Fujifilm X-T30 II vs X-T30 head-to-head comparison to help you choose between the two.

The image sensor used in the X-T30 II and the X-T30 is exactly the same – the most recent 4th-generation 26 megapixel APS-C sized BSI X-Trans sensor – which is also used by the X-T4, the X-Pro3 and the X-S10.

All five of those Fuji cameras also share the same X-Processor 4 processor.

So now Fujifilm are offering you not one, not two, not three, but four quite different ways to get exactly the same high image quality.

The X-T30 II adds two new film simulations that the original model doesn’t have – Classic Neg, which is ideal for street photography, and ETERNA Bleach Bypass which faithfully simulates the film processing technique of the same name, bringing the total available to 18.

In addition, the algorithm for the Auto shooting mode has been updated, improving the picture quality it produces compared to the previous model. It now automatically applies the Color Chrome Effect (blue), Clarity, D Range Priority and other settings according to a given condition, making landscapes clearer and more vivid, reproducing beautiful skin tone while accentuating blue skies and natural background in portraiture, and controlling highlight and shadow clippings in back-lit situations.

The X-T30 II offers almost exactly the same video mode as the X-T30.

Both cameras offer the highest quality rate of DCI 4K/30p with no crop recorded in 4:2:0 8-bit internally onto an SD card and 4:2:2 10-bit via the micro-HDMI port onto an external recorder.

The one main advantage that the XT30 II has over the older X-T30 is the addition of Full HD 1080p/240p high-speed video mode, which makes the camera capable of capturing a fast-moving subject in slow motion up to 10x.

The new X-T30 II and the X-T30 both have exactly the same hybrid autofocus system with phase detection and and contrast detections points as the X-S10, X-T4 and X-Pro3.

In the Single point AF mode there are up to 425 selectable AF points arranged in a 25×17 grid. Alternatively, the camera can be set to 117 points in a 13×9 grid, and the size of the points can also be varied.

In addition to Single point AF, there’s Zone AF which allows the AF points to be selected in 3×3, 5×5 or 7×7 groups, and
Wide/Tracking AF.

The main difference between the X-T30 II and X-T30 when it comes to auto-focusing is the low-light sensitivity.

Also, the new version uses the very latest AF algorithm to more accurately track a subject that is moving toward and or away from the camera, compared to the previous model.

The X-T30 II and X-T30 both offer a respectable 8fps continuous shooting speed when using the mechanical shutter, but the X-T4 takes things to a whole other level by being able to shoot at 15fps.

All three cameras can achieve 20fps when switching to the electronic shutter without any crop, or 30fps with a 1.25x crop applied.

The design of the body and controls is is identical between the XT30 II and the XT30, even down to the name badge on the front being “X-T30” on both models.

The only way to tell them apart is by looking at the label on the bottom of the camera body.

The Mark II does offer one significant improvement to the original version – it has a new high-definition 1.62-million-dot LCD screen on the rear, whereas the X-T30 has a 1.04-million-dot panel.

Neither camera has IBIS at all, instead relying on the OIS stabilisation offered by the attached lens (if it has any).

You’ll need to step up to the X-S10, which is the third Fujifilm camera to feature 5-axis in-body image stabilisation (IBIS), following the X-H1 and the X-T4.

The X-T30 II and X-T30 both have a 2.36M-dot OLED electronic viewfinder with 0.62x magnification, maximum 100fps refresh rate and a built-in eye sensor.

The X-T30 II and X-T30 both have an LCD monitor that can be tilted up and down by 90 degrees, but can’t be tilted out to the side.

Both models only have a single memory card slot, just like the X-S10, whereas the larger X-T4 has dual card slots.

The memory card slot is next to the battery in a shared compartment on the bottom of both cameras, rather than housed behind a lockable door on the side of the camera.

So the location of the memory card on the XT30 II and XT30 isn’t very convenient, especially when the camera is mounted on a tripod, and the single memory card slot is less flexible and offers less peace of mind than the dual slots on the XT-4.

The Fujifilm X-T30 II uses exactly the same NP-126S battery as the X-T30, rather than the larger capacity NP-W235 battery of the X-T4 model.

This offers a CIPA-rated battery life of up to 325 shots on a single charge when using the LCD screen, compared with 500 shots for the XT4.

Both cameras can also be powered and charged via a USB-C connection, which is useful if you’re out and about and have a compatible powerbank to plug the camera into.

Fujifilm are offering the XT30 II as a kit with two different lenses.

Both cameras can also be purchased body-only too.

The new X-T30 II joins the X-series range by slotting in below the slightly more expensive, rangefinder style X-E4 and the DSLR-like X-S10.

So what do you think? Would you choose the new X-T30 II or the older X-T30? Leave a comment below!

Fri Sep 10 , 2021
Joining “Today” that March, Mr. Scott went on to sport a string of outré outfits, spout a cornucopia of cornpone humor and wish happy birthday to a spate of American centenarians, all while talking about the forecast every so often, until his retirement in 2015. Though he was meant to […] 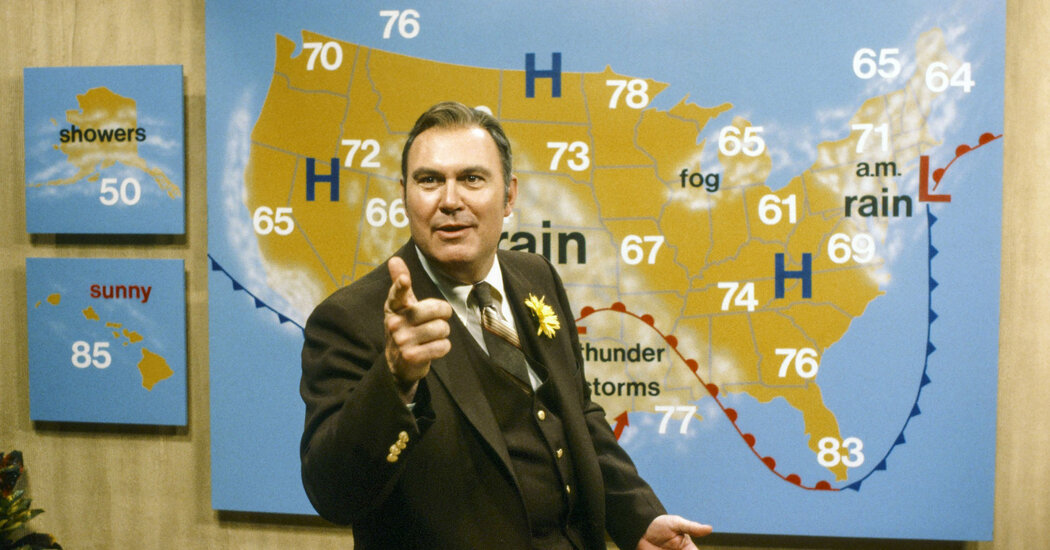