Eadburg’s name scribbled with a cross at the top of one page.

Researchers inspecting a New Testament manuscript in Oxford’s Bodleian Library have discovered Medieval scribbles in the tome’s margins that they believe link the text to a woman named Eadburg.

A photography technique called photometric stereo, designed to render relief by emphasizing highlights and shadows on a page, brought the scribbles out from obscurity. The digital imaging techniques allowed researchers to better see and interpret the lettering and doodles done in drypoint in the margins, which were practically invisible to the naked eye.

The markings were made on a book called MS. Selden Supra 30, a copy of the Acts of the Apostles. This particular copy is small, about 9 inches tall and 6 inches wide.

The recent work is part of the ArchiOx project, a partnership between the Bodleian Libraries and the Factum Foundation, an organization that works to preserve cultural heritage using digital technologies. According to a Bodleian Library blog, manuscript readers and owners would occasionally write their names in books. (Who among us hasn’t made an occasional doodle in their reading material?) The inclusion of Eadburg’s name could mean that she owned the book or read the book; perhaps both.

Uncommonly, the blog notes, Eadburg’s name is included 15 times, a surprisingly high number. In a couple instances, her name is preceded with a small cross (the text is biblical, after all).

Besides the names, the imaging team also found figures scribbled on a couple pages’ lower margins. On one page, two figures have eyes, noses, and mouths; one apparently has hair, and the other has arms and hands, complete with fingers.

Exactly who Eadburg was is unclear. The researchers note that nine women named Eadburg are recorded to have lived in England between the 7th and 10th centuries. One of those Eadburgs was an abbess in Kent, who lived in the 8th century. Given her access to manuscripts, she may be the same Eadburg who made these doodles.

That identity also lines up with the book’s historical locations; the style of the script in the text indicated it was written in Kent, and a shelf mark on its first page specifically denotes its presence in the monastery of St. Augustine’s in Canterbury.

Whichever Eadburg made these scribbles, it’s remarkable that they’re still legible centuries later. Eadburg is also probably relieved researchers just found her Acts of the Apostles and not a private diary.

Everything you should know before you buy this holiday season

Tue Dec 6 , 2022
Buying a new TV is one of the best things you can do to improve your at-home entertainment experience. Whether you’re streaming “Wednesday” on Netflix (NFLX) or playing “Call of Duty,” a brand-new big screen is always a welcome addition to any living room. But TV manufacturers don’t exactly make […] 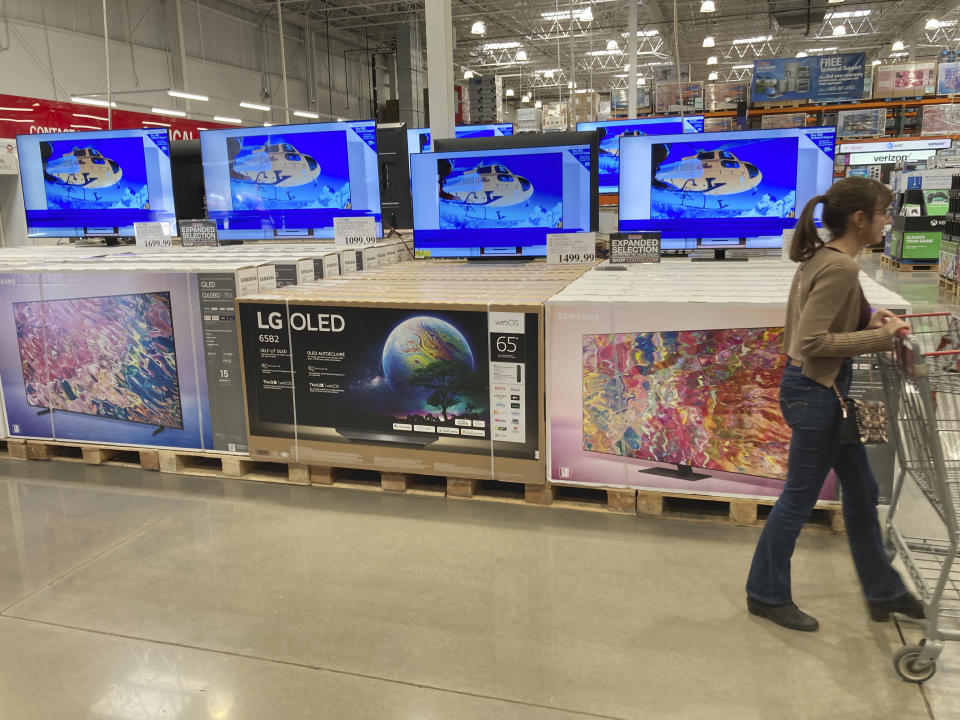