Billy Lie has been active in the “Hong Kong Landscape Photography Society” in recent years, and his works have been praised by netizens. Lie is good at portrait and landscape photography. He set foot on the road of photography more than ten years ago, and he is still full of […]

Billy Lie has been active in the “Hong Kong Landscape Photography Society” in recent years, and his works have been praised by netizens. Lie is good at portrait and landscape photography. He set foot on the road of photography more than ten years ago, and he is still full of ambition and constantly pursues improvement. Lie enjoys living a life of shooting outside late at night.

During his shooting journeys, he found himself developing a pair of “photographic eyes,” he finds a different angle for the seemingly ordinary scene and uses his special research skills to shoot extraordinary works. Behind every great photo, Billy says he has gone through “blood, sweat, and tears.”

“Hong Kong is actually a very special place because the modern city is only a stone’s throw from nature. Few places are like Hong Kong. It attracts many people from all over the world to come and take pictures.” In recent years, a popular saying in Hong Kong has been, “Hong Kong’s view is stunning.” Billy also hopes to tell the world to show the beauty of Hong Kong through his own lens.

More than ten years ago, Billy won a surprise prize at a company event and received a digital “autofocus camera” from a Korean brand. “In the beginning, I didn’t know how to shoot. I just took pictures of landscapes, car tracks, and some nighttime photos.” At that time, digital cameras could already perform long exposures, allowing for a wider range of photography skills, which made Billy get deeply interested in it.

Gradually, simple digital cameras were not enough for him, so he bought a professional camera and began to photograph the natural scenery: “I gradually developed a strong interest in the magical scenery of nature, such as sunrise, sunset, and even sea fog and the Milky Way. In March of this year, he filmed “Blue Tears” (Noctilucent Algae) under the Milky Way in Pak Lap Wan, Sai Kung, Hong Kong, and was praised by many netizens. The lens company even asked to use his photo as a reference work, which he thinks is s also a kind of affirmation of his skills.

Billy has visited Canada, Taiwan, Japan, and other places to take pictures of various landscapes and has formed deep friendships with people who love photography. In recent years, he has become more fascinated by portraits and animals and is still trying to improve his photography skills. “I will always find beautiful scenery and add models or animals to make the picture richer.”

He showed an earlier photo of the sea of clouds at the highest peak in Hong Kong, Tai Mo Shan. A model used a tripod as a broom for Billy to shoot the effect of him flying over the sea of clouds. He believes that photographers should “use more imagination and make bold assumptions,” don’t miss out on dream scenes, and learn to use materials on the spot.

Billy shared that behind every good photo shoot, the photographer’s hard work is indispensable. He hopes that this experience can also be handed on to his son. He gave an example.

Last year, his work “Romantic Sea of Lights in Tai O Water Village” won an award at the “Tai O Lantern Festival 2021.” The reflection of the colorful lanterns in the picture makes it more imposing. This photo was actually taken by him and his friends in the remote Tai O fishing village despite the heavy rain, “Last year in Tai O, you know it was crowded with people, but I was one of the first people to arrive at Tai O to take pictures. It was in the summer, it was raining, the humidity rose, the lens fogged up, and it was wet and hot, which was very uncomfortable. Although it was tough, it was worth it to take an excellent photo!” Billy said.

Snow is rarely seen in Hong Kong, but Billy has used some techniques to create the effect of snowflakes in some recent works. He showed a work of which he is proud, “Say I Love You Through Raindrops.” The model stood on the street in Mong Kok. The raindrops reflected white light as dazzling as snowflakes. He also let his son join the shooting process to create this unique effect.

He explained: “The technique is not complicated. A stronger flash was used to hit the raindrops, to create a scene that looks like it is snowing. Good photographs can also be produced on rainy days, but what is behind is the hard work.”

Every year, National Geographic holds a photo contest, and many photography enthusiasts participate. The competition in 2021 was fierce, and the organizers selected 250 photos from 7,200 photos to enter the finals.

Billy had two photos selected, both works were shot on Tai Mo Shan, the background of which is Lion Rock. “It was shot in early 2020. I went up the mountain with friends to shoot in particularly cold weather. Choosing to shoot in cold weather, in some harsh environments, can often produce unexpected results. Although the shooting process is difficult, Billy believes that the hardships are worth it.

Billy said, “Photography has allowed me to meet a lot of new friends, and [they] inspired [me to do] a lot of new things. I often tell my son that sometimes you have to try many times to get one beautiful photo, but it doesn’t matter; it will be successful one day, it is a fluke to get a great photo, and it is normal not to get one. I hope that I can pass this concept on to him and apply it to everything he works on. But nothing is inevitable.”

Many of Billy’s pet photography works are very popular on the Internet.

When it comes to shooting pets, he also has some experience, and he needs to prepare a lot beforehand: “First of all, I will find the location, and then consider the composition, and try the lighting, and then take the model and pet to the designated location. Pets are not as easy as photography subjects, it depends on whether the pet is obedient or not, if it is not, you may need to use a rope to tie it, and later remove the rope in the photo through editing.”

He mentioned that pet photography often requires cooperation from the owner. For example, the owner stands behind the photographer and makes a sound to attract the pet’s attention, so that it is easier to capture the pet’s various facial expressions.

Every time he shares a photo on the Internet, Billy will mention the equipment he used, and even when someone asks, he does not hesitate to teach everyone shooting skills.

Everyone has their own photography style, even if one learns shooting skills, the photos everyone takes will be different. “I can inspire myself from photos taken by others, and [it’s good to] learn from each other! All the good photos that I have taken are what keep me motivated. There are also fans who support me from time to time, this also improves my motivation!”

What makes Billy most gratified is that his son, Javan, started shooting with him two years ago. He is now 13 years old and has won two photo contests. The father’s hobby has become the son’s interest, which is something Billy is quite proud of. Now “father and son have become photography partners,” and the two of them can always be seen on the mountain and the near the sea together.

Wed Oct 26 , 2022
Week 7 of the 2022 NFL season kicked off Thursday with the Arizona Cardinals defeating the New Orleans Saints 42-34. But there’s still plenty of action to come this weekend. Before Sunday night’s game between the Pittsburgh Steelers and Miami Dolphins and Monday night’s matchup between the Chicago Bears and New […] 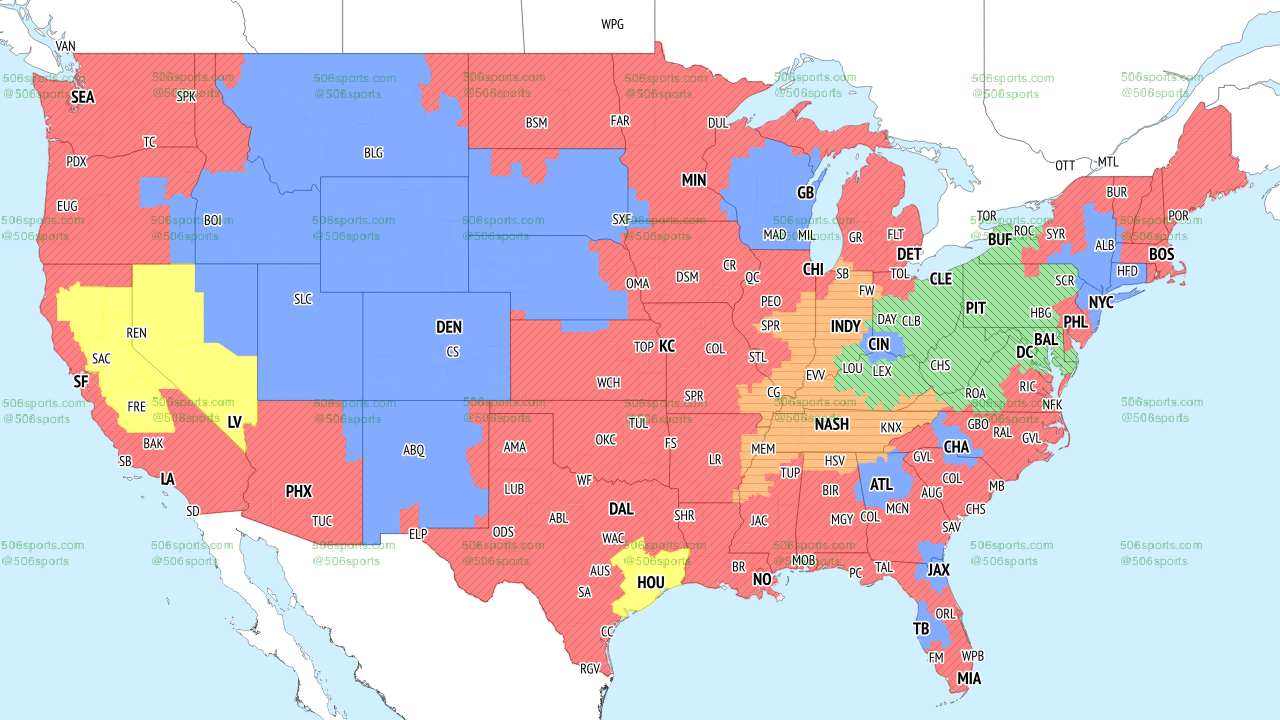