Inside the Tom and Ruth Harkin Center at Drake University, a short trail of paper cut-out butterflies traces the curve of a large white ramp that leads to the building’s second floor. From afar, the butterflies are soft in color, their pastel-hued bodies pressed against the surface, the tips of […]

Inside the Tom and Ruth Harkin Center at Drake University, a short trail of paper cut-out butterflies traces the curve of a large white ramp that leads to the building’s second floor. From afar, the butterflies are soft in color, their pastel-hued bodies pressed against the surface, the tips of their wings lifted as if in motion and fluttering away.

But another look revealed a bold message.

Tiny raised dots are scattered all over the butterflies, some of which appear to have landed on top of framed pages and blended right in. To sighted people, the patterned dots may look like ridges that give the paper dimension, but there’s more to the story, local artist Jill Wells teased. The images altogether, she said, are braille translations of the Americans with Disabilities Act (ADA) of 1990, a civil rights law that prohibited disabled people from being discriminated against and protects their rights.

Placing her own fingers on the dots, Wells, an Indianola native, said her pieces are meant to be touched, a reminder that art is an act of discovery.

“In my mind, I want to just flood the ramp with thousands of them (butterflies),” Wells said on Oct. 19, two days ahead of the Harkin Center’s Made to Touch: Art + Accessibility event where the 42-year-old would show some of her artwork and speak on her role as The Harkin Institute for Public Policy and Citizen Engagement’s first artist fellow.

For the next year, Wells will be at The Harkin Institute leading various projects centered on making visual art accessible for disabled people, with disabled people. Wells told the Des Moines Register she hopes to host an exhibit with around five to nine disabled artists from Mosaic in Central Iowa, an organization that provides services for adults who have autism, behavioral health needs or intellectual and cognitive disabilities. She also looks to team up with artists from Iowa Department for the Blind and put together a different display.

Another goal of Wells’ fellowship is to bring awareness to art as a career option, especially for people with disabilities, said Daniel Van Sant, director of disability policy at The Harkin Institute. He said much of Wells’ work already focused on mentoring young artists of color and with disabilities, emphasizing the growing need for representation.

“We never want to lose sight of that, too,” Van Sant said during his opening speech at Friday’s event, in front of a small audience. What’s striking about Wells, he said, was her vision and her commitment to making sure disabled people can also enjoy and experience “the beautiful things in life” like art, music and culture.

This past summer, with the support of the nonprofit Bravo Greater Des Moines, Wells was able to feature her pieces at the Harkin International Disability Employment Summit in Belfast in Northern Ireland.

Opening up to more than a dozen attendees, Wells shared that her passion for breaking disability barriers is personal.

More:Here are 10 must-see pumpkin patches and corn mazes around Des Moines to visit this fall

Nearly two decades ago, Wells’ brother LeeCole had a ruptured arteriovenous malformation (AVM), a rare, abnormal tangle of blood vessels that can cause direct connections between the arteries and veins and disrupt normal blood flow. He suffered from massive bleeding in his brain, which led to permanent damage, a heart attack and loss of his eyesight. LeeCole’s life changed drastically while he was sleeping, Wells said.

“He had just gone to prom, was about to graduate from high school and was working on restoring his 1979 Chevy Silverado,” she said, her voice softening.

She remembered how her brother’s recovery, which is still ongoing, impacted their family and how one holiday forced her to confront the “big emotions” from a traumatic event and rethink her approach to art. Wells thought back to one Christmas when she and LeeCole were painting and she noticed how he used his fingers to draw a circle, instead of a brush.

She had witnessed “the power of touch,” and it opened her eyes.

Wells pointed to another moment that furthered her understanding of the issues facing the disabled community and where her fascination with braille was piqued.

In 2020, Wells was commissioned to paint a mural for Disability Rights Iowa. She spoke to staff, one of whom was Van Sant who served as a special education attorney and leaned on other advocates to guide the drawing. Wells also met Karen Cunningham, an instructional media center librarian at the Iowa Department for the Blind. From Cunningham, Wells said she learned about braille and the hundreds of people Cunningham worked with who had different visual impairments.

More:Need a refresher of ‘The Crown’ before season 5? See ‘The Crown — Live!’ at Temple Theater

From there, Wells began to experiment. She thought to translate parts of the ADA into braille and onto paper, painting the entire page and using her mood to dictate the color palette.

“When you paint on the surface of it, it feels very celestial because you have a convex and a concave,” Wells said of the raised dots. “So, unless you’re pushing (the paint) really hard, it doesn’t get into the dip.”

With each brushstroke, Wells moved the colors around to create an ombre effect, a fitting narrative about light and darkness. She also played with some of the pages, cutting slits into them and threading small battery-operated LED lights. Some lights blink, while others stay still or dance to sound. The end result is an army of nightlights, which will later be on display all around the Harkin Center.

“Think about how light enters the retina, like this tiny hole,” she said, adding the concept became a “game-changer” and shaped the rest of her artwork. In a larger sense, Wells said she saw it as an opportunity to remove the barrier where “people are afraid to touch (the) art” because they were told not to or because they might “hurt it.”

“This is a material that’s meant to be tested over and over again for the life of it,” she continued.

Beyond that, Wells spoke about the stigmas against disabled people. They are often told their bodies are “not normal” because of their medical conditions, but she believes people’s bodies fluctuate throughout their lives and views her artwork as a way to drive those conversations forward.

Van Sant agreed with Wells and added that people with disabilities are looked at as people with limitations as if they are a “liability.”

“People with disabilities, whether they use a wheelchair or are blind or deaf or have a visible disability, there’s always this feeling as if our bodies are thought of as a risk,” said Van Sant, who has a disability that affects his balance and coordination. “We’re viewed as dangerous like we could break something or knock something over or don’t have control over our movements, and so that affects how we interact with a lot of public spaces.”

That’s why places like art museums can be intimidating for people with disabilities. They might “bump” a piece on a pedestal or “get too close,” he said.

But with Wells’ art, they’re supposed to be held or cradled, maybe even taken off the wall or moved around in a room.

“Disability is not static,” he said. “Disability changes, and sometimes, it’s messy. Sometimes, things get broken and things get torn, but that’s not always bad.”

Mon Oct 24 , 2022
Anyone hoping for a sequel to Tim Burton’s “Dumbo” shouldn’t hold their breath. Speaking at the Lumière Festival in Lyon after receiving the Prix Lumière, Burton revealed that the 2019 film likely marked the end of his long-running creative relationship with Disney (via Deadline). He began his film career as […] 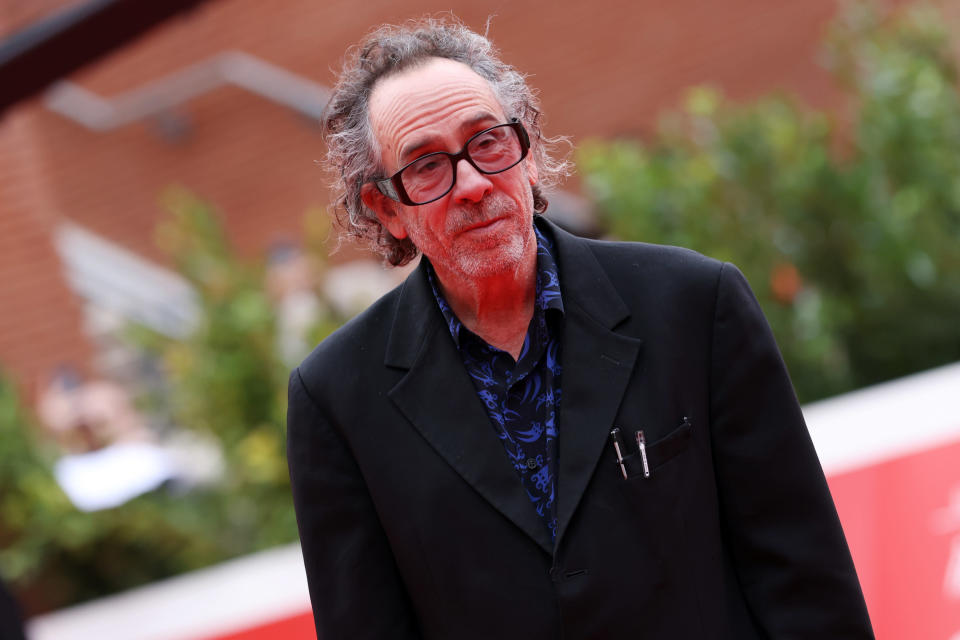