Kaley Cuoco ripped a German modern pentathlon coach who came under fire for punching a horse at the Tokyo Olympics. Cuoco, who is married to equestrian Karl Cook and rides horses herself, sounded off in an Instagram Story on Friday, nearly a week after Germany’s team coach Kim Raisner was […]

Kaley Cuoco ripped a German modern pentathlon coach who came under fire for punching a horse at the Tokyo Olympics.

Cuoco, who is married to equestrian Karl Cook and rides horses herself, sounded off in an Instagram Story on Friday, nearly a week after Germany’s team coach Kim Raisner was disqualified from the Games for striking Saint Boy, ridden by Germany’s Annika Schleu, with her fist during the Women’s Modern Pentathlon competition.

Sharing a photo of Schleu and the horse, Cuoco wrote: “I feel it’s my duty and heart to comment on this disgrace…This is not Olympic show jumping. This is a disgusting classless abusive representation of our sport in so many ways. This team should be ashamed of themselves. You and your team did not do your country proud or this sport. You make us look bad. Shame on you and godspeed to any animal that comes in contact with you.”

Annika Schleu of Germany cries as she couldn’t controls her horse to compete in the equestrian portion of the women’s modern pentathlon at the 2020 Summer Olympics, Friday, Aug. 6, 2021, in Tokyo, Japan.
(AP Photo/Hassan Ammar)

“Disgusting on all levels. This is not our sport. This does not represent our sport,” she continued. “This rider and her ‘trainer’ are a disgrace.”

The “Big Bang Theory” alum then offered to purchase the horse.

“I’ll buy that horse outright and show it the life is (sic) should have. Name your price,” Cuoco’s post continues.

The Union Internationale de Pentathlon Moderne confirmed in a statement that Raisner was disqualified.

“Her actions were deemed to be in violation of the UIPM Competition Rules, which are applied to all recognised Modern Pentathlon competitions including the Olympic Games,” the executive board said.

In a broadcast of the event, Schleu struggled to control her horse that refused to jump or trot. According to the BBC, Raisner could be heard telling Schleu to “really hit” the horse, which she did.

As the horse backed up to the fence where Raisner was standing behind, she, too, hit the animal with her fist.

Raisner was “given a black card” by the governing body, which disqualified her from the remainder of the Games.

Schleu appeared extremely frustrated during the event, crying while mounted on her horse. Saint Boy cleared four fences before crashing into the next and then refusing to continue, the BBC reported.

How to Do Product Photography, Or Pay Someone To Do It

Mon Aug 16 , 2021
If you buy something through our links, we may earn money from our affiliate partners. Learn more. Good product photography is a major part of successful marketing. Professional striking images bump your online and brick-and-mortar sales up. Here’s a guide to product photography for small businesses. And some tips on […] 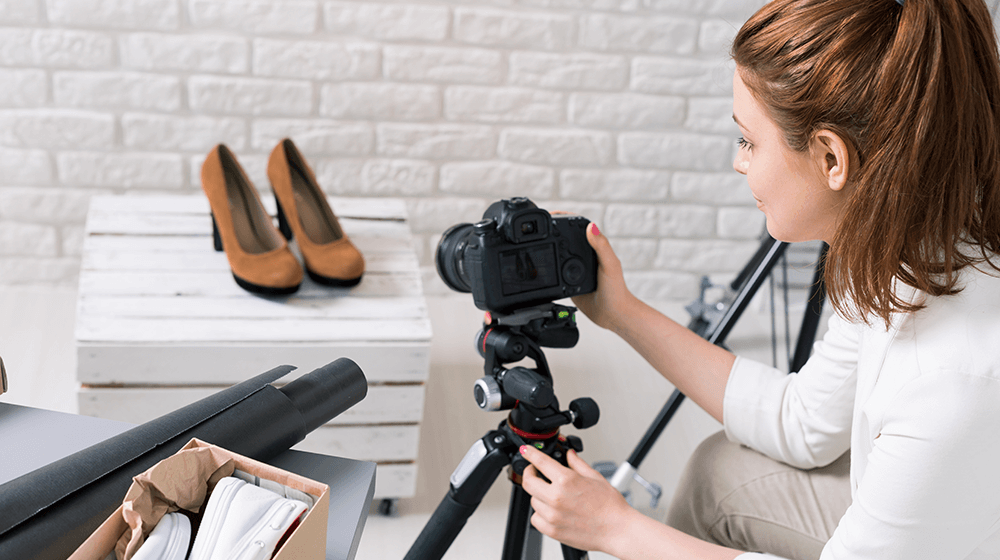