For nearly nine years with Caesars Entertainment, Damian Costa has been a “Yes, if,” and not a “No, because,” kind of guy. “I start with, ‘Yes, if’ as an answer, it’s never, ‘No, because,’” Costa said Wednesday afternoon. “I do think if I’ve accomplished anything, it’s that I look at […]

For nearly nine years with Caesars Entertainment, Damian Costa has been a “Yes, if,” and not a “No, because,” kind of guy.

“I start with, ‘Yes, if’ as an answer, it’s never, ‘No, because,’” Costa said Wednesday afternoon. “I do think if I’ve accomplished anything, it’s that I look at ways to get things done.”

An integral member of Caesars’ entertainment team, Costa is splitting the company effective Sept. 5. Neither he nor the company specified the terms of his departure. Those who have worked with Costa over the past several months report he has been discussing a move out of the company since May.

Costa says he is planning on opening his own independent entertainment operation, with a partner who can head up the operational side of the business.

”I believe I make my own decisions in my life, I am going on my own accord, my own speed, and with the support of a company that has been really fantastic to me,” Costa said. “There are no clouds for me. This is not a rainy day.”

Caesars Entertainment confirmed Wednesday that Costa would be leaving the company. He signed on with Caesars in January 2013, after spending nearly four years as entertainment director at South Point.

“While we are sorry to see him go, we appreciate Damian’s contributions to our team, and we wish him the absolute best as he moves on in September,” Jason Gastwirth, Caesars Entertainment’s president of entertainment, said in a statement.

Costa began notifying producers and entertainers Monday that he was leaving. Among those he spoke with were incoming Harrah’s Showroom star Donny Osmond (the two walked the venue together as Osmond’s team loaded in); “Menopause the Musical” producers Alan and Kathi Glist; and Las Vegas entertainment legend and Caesars Entertainment stalwart Wayne Newton.

“Damian is a class guy,” Newton said Wednesday. “I look forward to working with him in the future.”

From the Glists, who have had as many as three productions simultaneously at Caesars: “We are sad that Damian is moving on from his position at Caesars. We have always felt cared for, cared about and fully supported, having three shows at Caesars’ properties. We wish him all the best in his future endeavors and know that he is destined for continued success.”

Costa has helped turn such unused spaces as conference rooms (the Anthony Cools Experience at Paris Las Vegas), buffets (The Magic Attic at Bally’s) shuttered restaurants (House of Tape at Harrah’s) and dormant nightspots (Cleopatra’s Barge at Caesars Palace and The Back Room at Bally’s) and turned them into entertainment profit centers.

But the new ownership officials from Eldorado Resorts ordered many of those rooms shut down. In May, Costa was charged with telling upwards of a dozen shows expecting to reopen that they would close. That timeline matches Costa’s internal conversations with Caesars productions that he planned to leave.

“There have been some turns in entertainment, yes,” Costa said, then swiftly shifted to the positive developments over the past several weeks in Las Vegas. “But if you look at Usher, what an experience that was, how hard he’s working onstage, and what an effort it is to put on a show like that Or, spending time with Donny, what a great opportunity he has to take the opportunity in Las Vegas.”

Costa says his commitment to seeing the Osmond show through its Aug. 31 opening drove the timing of his last day with Caesars. Otherwise, he says he is focused on his family (a son in the Army, a daughter getting married this November), and a crucial Immunize Nevada/Caesars Entertainment vaccination campaign running from 11 a.m.-6 p.m. Saturday at Jimmy Kimmel’s Comedy Club at Linq Promenade.

The pop-up clinic is open to those ages 12 or older who are still not vaccinated.

Costa says the current state of Vegas entertainment depends on such efforts.

“If you want to talk about what is happening now, it’s my family at home and our entertainment family in Las Vegas,” Costa said. “We talk about ticketing all the time in the entertainment business. This event Saturday is our ticket to getting out of this pandemic. I’m passionate about this, and about entertainment in Las Vegas.”

Derek Hough is bringing his dance moves to The Venetian in September (the show had originally been planned for Flamingo Showroom, pre-COVID). The limited engagement is in step with a deft piece of choreography from the hotel.

Hough’s “No Limit” dance production opens Sept. 22 at The Summit Showroom, newly named, at The Venetian. When we saw the original announcement, we’d anticipated The Summit might be the new name of Opaline Theater at the hotel. Not so.

The Summit is the new title of Sands Showroom, where Human Nature performed in residency for seven years. The room has also been home to such headliners as Wayne Brady, David Spade, and the “Lipshtick” all-women comedy series.

But incoming owners from Apollo Global Management & Vici Properties Inc. are not permitted to use “Sands” in any formal name. The Summit Showroom refers to the shows hosted by Frank Sinatra, Dean Martin, Sammy Davis Jr., Joey Bishop and Peter Lawford during the filming of the 1960 caper “Ocean’s 11.”

Hough is to run 30 shows through Nov. 30. Until he premieres, the venue will operate as Sands Showroom, for shows already booked, including “The After Party” featuring Joey Fatone of ‘N Sync, AJ McLean and Nick Carter of Backstreet Boys, and Wanya Morris of Boys II Men (Aug. 19-22); and “Debbie Gibson & Joey McIntyre: Live in Las Vegas” (Aug. 26-29 and Sept. 16-19).

During a phone chat with David Saxe on Wednesday, I overheard The Jets playing in the background. The actual band, rehearsing in Saxe’s private showroom in his Las Vegas headquarters.

Saxe says he fully intends to relaunch Saxe Theater at Miracle Mile Shops. He and mall officials have been in talks to return entertainment to the theater. Shows to be installed, likely in September, include “Vegas! The Show,” the tribute “BeatleShow,” and magician Nathan Burton. The Jets open down the hall at V Theater, and “Zombie Burlesque” is likely to resume in August, also at V Theater.

Robby Wingfield’s Empire Records — where the ’90s are back — performs at 8 p.m. Friday and Saturday at Brooklyn Bowl. Friday is a “SoCal vs. Seattle” format. Saturday is themed for songs from ’90s movies. The shows are for ages 18-older, no cover. Bowling is on house left, the bar on house right. Enjoy.

Tue Jul 27 , 2021
The Television Academy has once again canceled the post-Emmys Governors Balls, and has also announced that the Creative Arts Emmys will return to the weekend before the Primetime Emmys telecast, and take place on Saturday, Sept. 11, and Sunday, Sept. 12. Just like the plans for this year’s Primetime Emmys […] 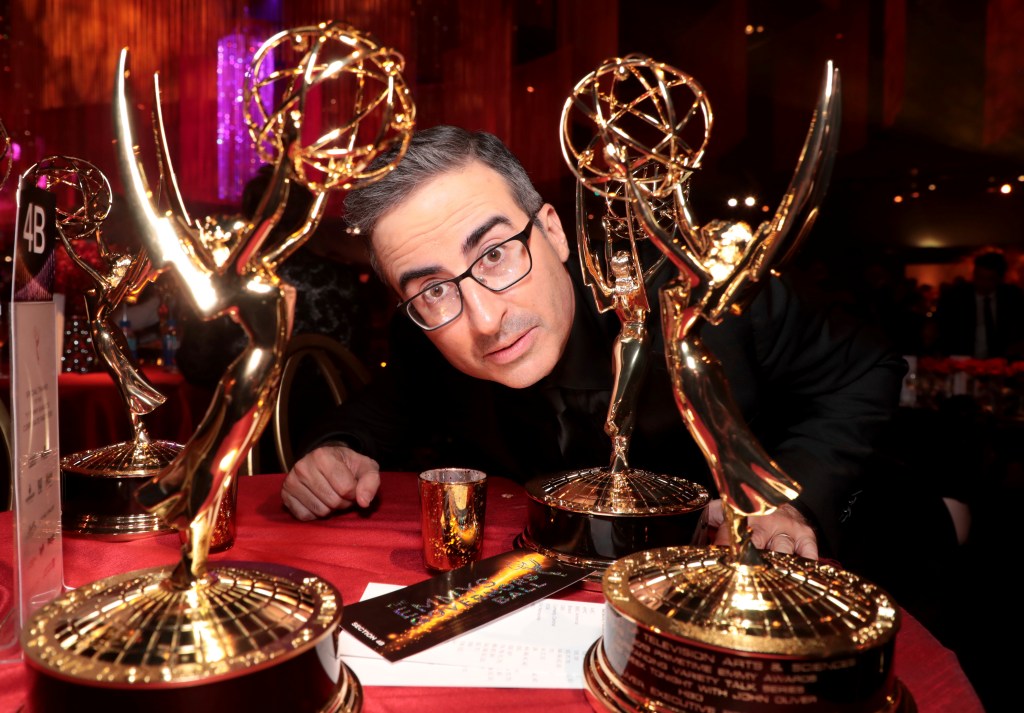