You don’t always need a giant backpack or a multi-pocketed shoulder bag or a wacky sling contraption. Sometimes all you want is a protective pouch to keep your camera out of harm’s way when you don’t need it and ready to access when you do. The best camera bags will […]

You don’t always need a giant backpack or a multi-pocketed shoulder bag or a wacky sling contraption. Sometimes all you want is a protective pouch to keep your camera out of harm’s way when you don’t need it and ready to access when you do.

The best camera bags will let you pack all the gear you need for a proper expedition, but if you just want to chuck a camera in a bag for an afternoon out, it’s overkill. That’s where the best camera holsters and pouches come in.

The Lowepro Adventura TLZ 30 III is a perfect example. Its top opening is just about right for a mid-size DSLR or mirrorless camera, and it’s deep enough for a good-size standard zoom. It even accepted my Sony A7R II/24-105mm f/4 combo, which isn’t bad, given that this is a bit of a monster lens.

The generous depth means that if you’re using something smaller, like a Lumix G9 and 12-25mm f/2.8, or a Fujifilm X-T4 body with an 18-55mm f/2.8-4 lens, you’re going to have a bit of spare space in the bottom, and it’s a shame Lowepro didn’t just stitch in a fold-down flap so you could stow an extra lens (or something else) in the bottom if your camera and lens didn’t quite fill it. Still, that’s a small point.

Also on the inside is a pocket with enough space for a couple of batteries (handy with older Sony A7s, believe me) or a cable or two, though probably not anything as big as a power bank.

On the inside of the lid is a fold-over flap for storing a memory card or two, but it’s pretty slim so there’s not really room for fancy card holders or cases.

On the outside is an elasticated mesh pocket, but it’s open at the top and not very big, so I’m not sure what you would actually put in that. Keys? Probably not.

The fact is, the Lowepro Adventura TLZ 30 III is just the perfect pouch for a mid-size camera and standard zoom. It offers good protection, it has a belt loop, shoulder strap or top handle to suit your preferred shooting style, and it offers quick and simple access to your camera. It has enough pockets to store a few essentials, and that’s really all it needs to do. It’s rather good in its straightforward, simple way.

TV tonight: what is it really like to have an extra-large penis? | Television

Tue Oct 25 , 2022
My Massive C**k 10pm, Channel 4 No sniggering at the back! Some fun was likely had when brainstorming the title of this documentary, which is part of Channel 4’s cohort of “radical” shows for its 40th birthday. But the programme actually takes a serious tone as it explores the reality […] 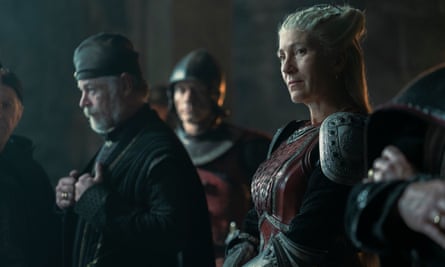