ST. PETERSBURG, Fla. — Despite the current COVID resurgence, St. Pete residents who revel in the city’s many arts, culture and entertainment options have a couple of new reasons to celebrate. A new, intimate take on the classic Vegas-style magic show and a unique experience for music fans have both […]

ST. PETERSBURG, Fla. — Despite the current COVID resurgence, St. Pete residents who revel in the city’s many arts, culture and entertainment options have a couple of new reasons to celebrate. A new, intimate take on the classic Vegas-style magic show and a unique experience for music fans have both arrived in Sunshine City.

What You Need To Know

Just down the street from beloved cool-kids bar The Bends at 1211 1st Avenue North, Chris and Ryan Zubrick found a home for their own blend of close-up magic and grand illusions in their new namesake 90-seat venue. The Zubrick Magic Theatre opened to sold-out audiences on July 29, and word of mouth has been spreading about the ‘Burg’s latest live entertainment option.

Michiganders by birth and magic fanatics from a very young age, the Zubricks met in 2005 when they were (unbeknownst to each) both booked for the same gig. Rather than competing for the slot, they pooled their talents and shared their show, beginning both a professional and professional relationship; the couple got married in 2013.

The pair parlayed what was supposed to be a two-year engagement into an astounding 13-year run of shows on the Pacific islands of Saipan and Guam, racking up a cabinetful of awards along the way. When they returned to the States, the Zubricks began scouting for a place to set down roots. 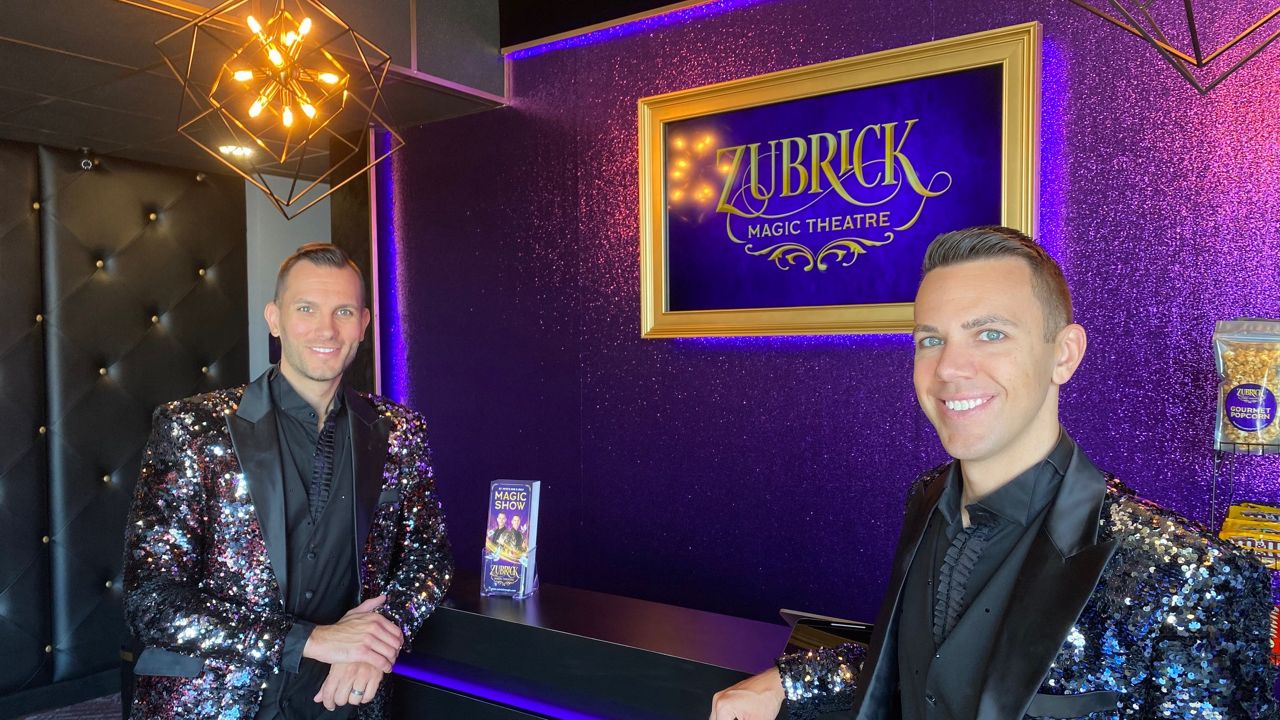 “We traveled by RV from the west coast to the east coast looking for someplace to be our forever home,” Chris says. “We visited 26 states, and St. Pete checked all of the boxes for us. We knew that we wanted nice weather — we didn’t want Michigan winters any longer — and we missed the island life, so we get the beaches and the palm trees here. We wanted someplace that had tourism, and we wanted someplace that had no competition… and we like the diversity and the LGBT community and culture here in St. Pete.”

Their current show at the Zubrick Magic Theatre runs 70 minutes and features everything from spectacular illusions to sleight-of-hand magic. The Zubricks perform Thursday through Saturday; the lobby opens at 6 p.m., and the show starts at 7. Unvaccinated patrons are asked to wear masks Tickets are available online — until eager fans make them, ahem, disappear. 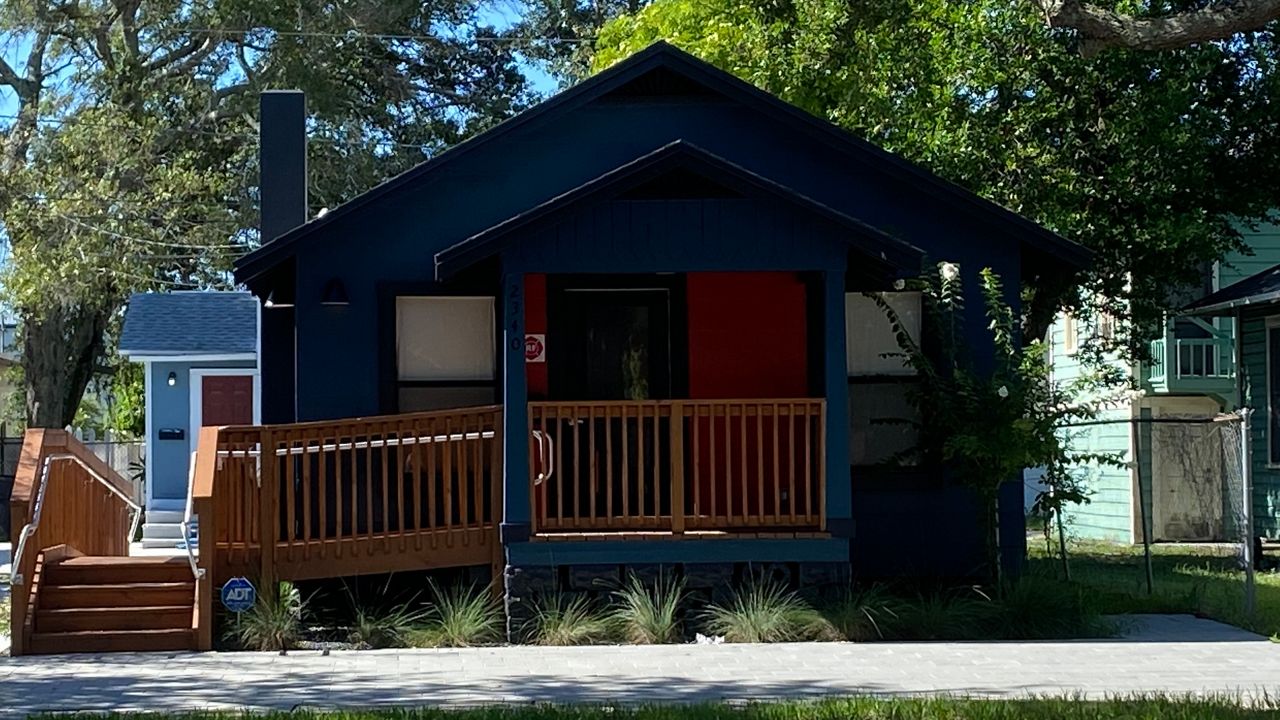 This Grand Central District bungalow is becoming In Between Days. (Scott Harrell)

Some ten-and-a-half blocks west of the Zubrick Magic Theatre, and on the other side of Central Avenue, audiophiles will soon be able to immerse themselves in aural goodness at In Between Days.

Billed as a “listening bar,” In Between Days — located at 2340 1st Avenue South — takes its cues from Japanese venues where patrons gather for the love of sound. Rather than boasting an animated DJ goading folks onto the dance floor, it boasts top-notch equipment designed to deliver the best sonic experience possible as listeners chill, mingle quietly, nosh a bit or sample natural wines and sake.

According to St. Pete Rising, co-owners Zach Ashton and Elio Marini refer to In Between Days as a “culture house,” so expect a globally-informed vibe that shifts with the nightly programming. No official grand opening date has been announced beyond “Summer 2021,” so follow the In Between Days Facebook page for timely info.

Mon Aug 23 , 2021
Bayern Munich and Borussia Dortmund will meet in the DFL-Supercup for the third consecutive year in a highly anticipated early-season matchup between Bundesliga heavyweights. The Julian Nagelsmann era at Bayern got off to a slow start over the weekend with a 1-1 draw against Borussia Mönchengladbach in the Bundesliga opener. A […] 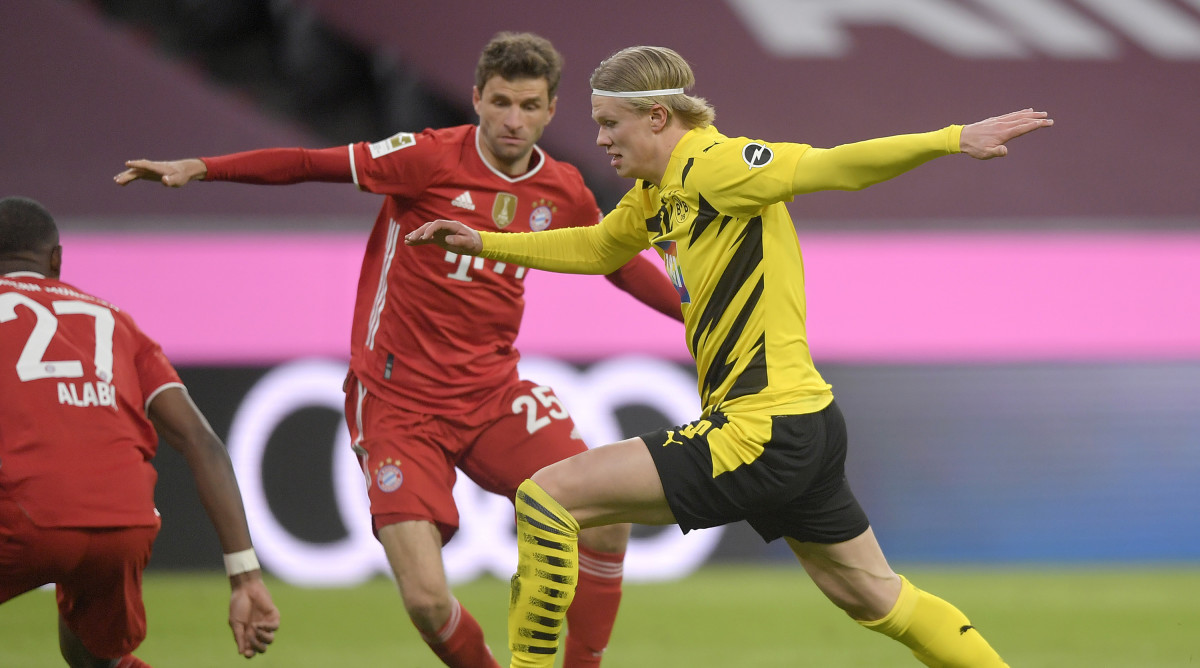