Most car enthusiasts will tell you that the classic Mercedes-Benz 300 SL “Gullwing” is a work of art. One of them literally became one. In 1986, German art gallery owner Hans Meyer got the idea to do a series celebrating the 100th anniversary of the automobile. The Benz Patent-Motorwagen that […]

Most car enthusiasts will tell you that the classic Mercedes-Benz 300 SL “Gullwing” is a work of art.

One of them literally became one.

In 1986, German art gallery owner Hans Meyer got the idea to do a series celebrating the 100th anniversary of the automobile.

The Benz Patent-Motorwagen that is considered to be the first automobile received its official patent in 1886.

Andy Warhol used this Mercedes-Bens 300 SL for a series of artworks.
(RM Sotheby’s)

Meyer wanted to team up with Mercedes-Benz on the project, but needed to sell them the idea. So he met with his friend, Andy Warhol, at Harry Cipriani restaurant in New York to see if he’d be interested.

When Meyer showed Warhol a photo of a 1955 300 SL from an illustrated book, he agreed, then took the same photo and turned it into two of works of pop art.

Art from the “Cars” series has been displayed at the Mercedes-Benz Museum.
(THOMAS KIENZLE/AFP via Getty Images)

Mercedes-Benz ended up commissioning the full series, which ultimate encompassed 36 silkscreen prints and 13 drawings of various vehicles, but was still being worked on when Warhol died in 1987.

The two original works are currently in the collections of the Petersen Automotive Museum in Los Angeles and the Mercedes-Benz Museum in Stuttgart, Germany, and aren’t technically for sale.

But the car featured in them is.

The 1955 300 SL was purchased nearly three years ago from an estate by Brabus, a company that builds high performance versions of Mercedes-Benz vehicles and also does show quality restorations of its classic models.

Brabus CEO Constantin Buschmann told Fox News Digital that the car had been in the possession of its owner for decades and had the same license plate as the one in the art, but that wasn’t enough on its own to confirm its provenance.

The car had been in its previous owner’s possession for decades.
(RM Sotheby’s)

The car was also in what Buschmann called “honest” condition and in need of a refresh, so the company began putting it through 4,500-hour restoration process as it explored its history.

REVIEW: THE 2022 MERCEDES-BENZ EQS IS A VERY ‘SPECIAL’ ELECTRIC CAR

Using the license plate, it was able to work with Mercedes-Benz to match the vehicle identification number of the car in the magazine shoot, which was further confirmed by a few unique features on the vehicle, including its wheels.

Brabus used the license plate to confirm the vehicle identification number matched the one used in the photos.
(RM Sotheby’s)

The silver coupe has since been shown alongside the artwork in collaboration with the Andy Warhol Foundation and is now being offered for sale by RM Sotheby’s through a private sealed auction being held in New York.

RM Sotheby’s has put a pre-auction estimate of $1.5 million to $3 million on the vehicle, which is roughly what versions with less interesting histories sell for, so there’s really no telling how much the Warhol car will ultimately be worth.

The 300 SL is powered by a 3.0-liter straight-six-cylinder engine.
(RM Sotheby’s)

And the world may never know. Since it is a sealed auction, it will be up to the buyer to both identify themselves and reveal the price paid when the winning bid is determined on Nov. 17.

Even if it outperforms the estimate, the price paid for the car is unlikely to match that of a piece of Warhol’s art that is also up for auction by RM Sotheby’s this week. “White Disaster” is a collage of photos from an automobile accident that is the sister piece to a work called “Silver Car Crash (Double Disaster)” that was sold in 2013 for $105 million.

Fri Nov 18 , 2022
Construction of West Harbor, the long-anticipated replacement for the Ports O’ Call Village waterfront attraction in San Pedro, is finally set to begin. Developers of the entertainment complex said Thursday that they have secured financing to build the $155-million first phase, which will include restaurants, bars and shops overlooking the […] 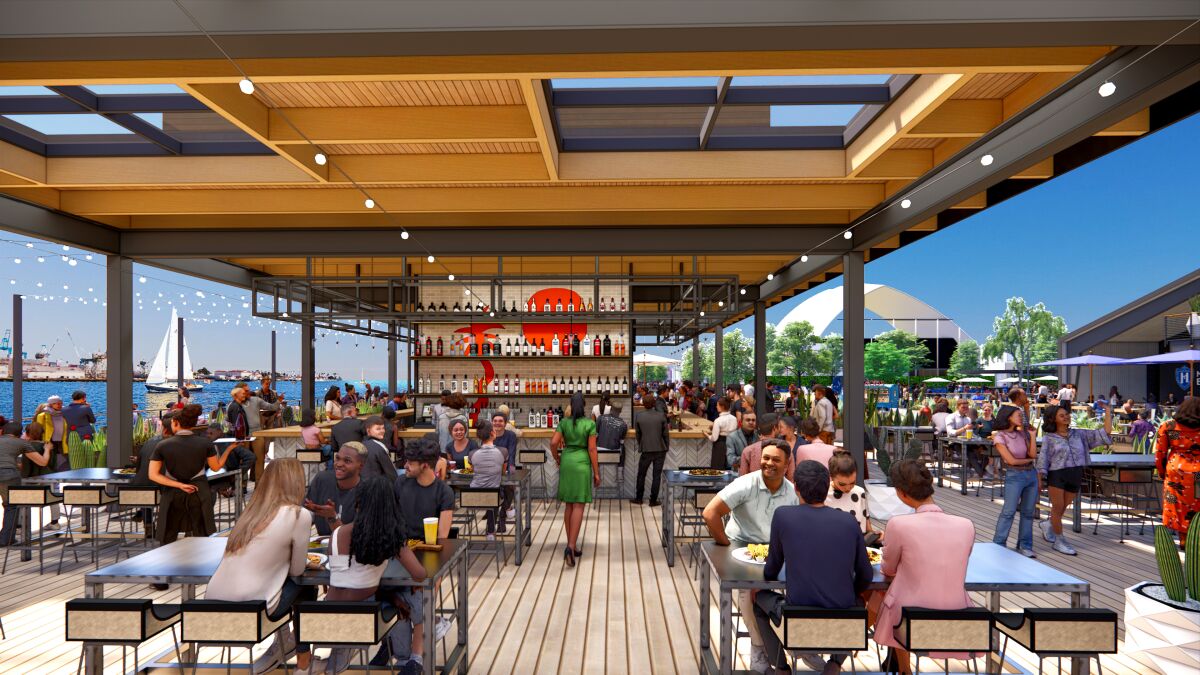