With each new month, there comes a new slew of titles added to the world’s leading streaming platform and, thus, we can expect the Netflix Top 10 to look a little different than the day before. That is just what we have experienced on the morning of Wednesday, November 2, […]

With each new month, there comes a new slew of titles added to the world’s leading streaming platform and, thus, we can expect the Netflix Top 10 to look a little different than the day before. That is just what we have experienced on the morning of Wednesday, November 2, 2022 as the best movies on Netflix’s trending page not only have three new additions today, but one has already been crowned our new champion. Also, the most popular, great TV shows on Netflix also have a new leader, so, without further ado, let’s talk a little deeper about what is trending on Netflix (opens in new tab) today.

Knocking The Good Nurse down to second place and All Quiet on the Western Front to third on Netflix’s Top 10 Movies in the U.S. is The Bad Guys — 2022’s star-studded animated comedy that was recently added to the platform. Another new addition entering the ranks today is 2013’s Tom Cruise-led dystopian sci-fi thriller, Oblivion, in fifth place, between the animated Hotel Transylvania 2 and the dark Wild is the Wind. Meanwhile, the new Dutch action drama, The Takeover, debuted at Number Nine between enduring hit Sing 2 and spooky new animated adventure, Wendell & Wild.

Knocking From Scratch down to second place on Netflix’s Top 10 TV Shows in the U.S. is Inside Man — 2022’s star-studded limited series crime drama written by Stephen Moffat — which debuted on the list yesterday in eighth. Also impressive is the return of Netflix’s revival of the fascinating true crime docuseries, Unsolved Mysteries, in eighth place, between Big Mouth and Drink Masters, and the fact that The Watcher and Love is Blind managed to stay in the same positions as yesterday despite all the seismic activity on display. It also worth noting that Dahmer’s time on the list has ended (for now, at least) as The Bastard Son & the Devil Himself currently rounds out the bottom.

If you have already used your Netflix subscription to watch everything listed above, keep an eye out on 2022’s Netflix TV show schedule for more to binge — such as tomorrow’s premiere of the new workplace comedy, Blockbuster, which is actually set at the now defunct, titular video rental store. There are also plenty of upcoming Netflix movies to look forward to as well, such as the Millie Bobby Brown-led, coming-of-age mystery, Enola Holmes 2 — which some say is better than the original — debuting on the platform on Friday.

Thu Nov 3 , 2022
Springfield (Ill.) High School’s David Lu returns a shot during a tennis tournament in May. When it’s not attacking Democrats, the partisan Sangamon Sun has written repeatedly about Lu’s national ranking — recently at 7,379th for boys under 18 — with no additional information. The paper twice illustrated the articles […] 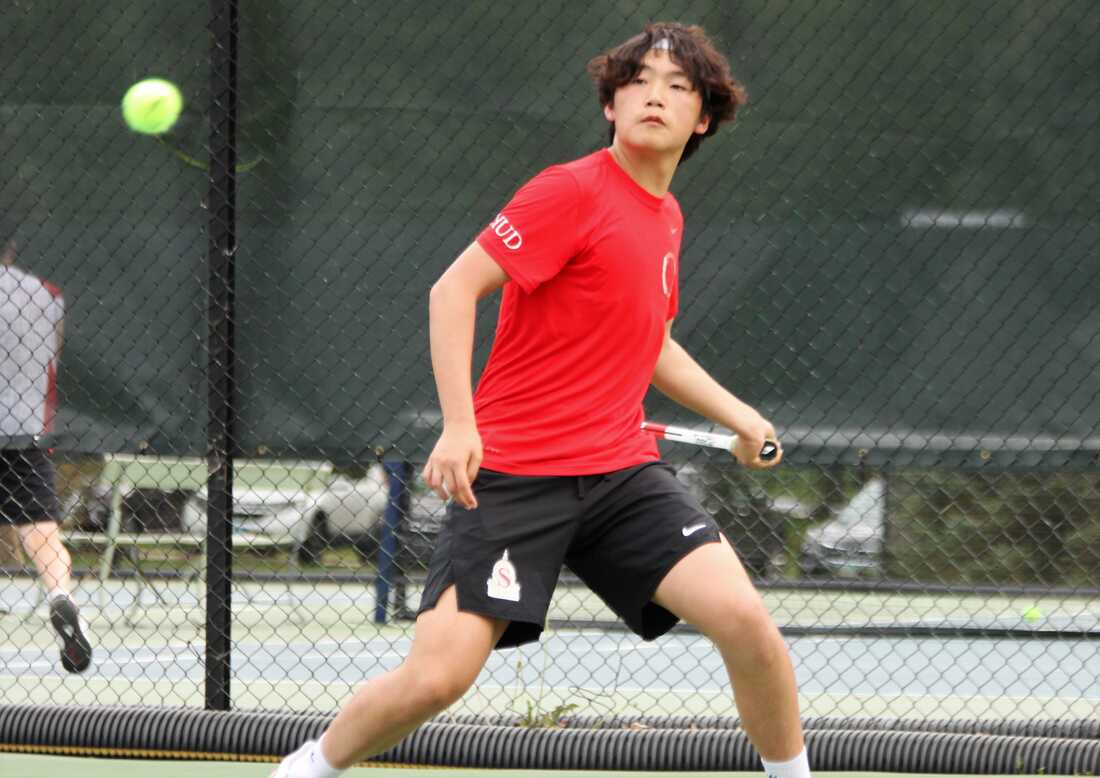