Some major titles have joined the Netflix Top 10 rankings as of late. The likes of Mila Kunis’ Luckiest Girl Alive and Evan Peters’ Dahmer — Monster: The Jeffrey Dahmer Story are among the titles that have been making the most noise, as both have been dominating the standings. However, […]

Some major titles have joined the Netflix Top 10 rankings as of late. The likes of Mila Kunis’ Luckiest Girl Alive and Evan Peters’ Dahmer — Monster: The Jeffrey Dahmer Story are among the titles that have been making the most noise, as both have been dominating the standings. However, things have been changing as of late. After a long stint in the top spot, Dahmer was unseated and, now, Kunis’ movie has also been dethroned on the movies side. So what exactly managed to one-up the book-to-movie adaptation? Well, you’ll find out, as we discuss the changes that have taken place over the last 24 hours.

Marlon Wayans’ The Curse of Bridge Hollow is now in first place amongst movies on Netflix, indicating that spooky season is slowly taking a hold over the trending list. Luckiest Girl Alive, meanwhile, has only moved down one spot and is now in second place. At No. 3 is the Josh Duhamel-led action thriller Blackout, which was one place higher just yesterday. Underrated animated flick Megamind dropped one spot, and that development has left it in the fourth slot. And Scooby-Doo 2: Monsters Unleashed (a personal favorite of mine) is at No. 5, after having been spot lower on Friday. The Doo sequel’s presence on the streamer – which caused writer James Gunn to get a little salty – is further proof of how Halloween-adjacent fare is seeping into the list.

Sing 2 saw a pretty significant jump, as the star-studded musical moved from to sixth place from ninth. At No. 7 is the sports documentary The Redeem Team, which was two places higher yesterday. Gerard Butler’s Last Seen Alive was bumped down one place and is now in eighth. Mr. Harrigan’s Phone took a serious dip, as the movie was in the fourth spot the other day and is currently at No. 9. Closing out today’s standings in tenth place is Zac Efron’s 17 Again, which moved down two spots.

The Watcher is still No. 1 on the TV list after having surpassed fellow Ryan Murphy production Dahmer — Monster: The Jeffrey Dahmer Story. The latter, which has proven to be one of the most polarizing shows on Netflix, is currently in the second slot. Third place still belongs to The Midnight Club, the latest from Mike Flanagan (who’s already making plans for Season 2). The Sinner, which just recently dropped a new season, is in the fourth spot, having moved there from the sixth. The Blacklist didn’t shift too much, as it was in the fourth position yesterday and is in fifth today.

The Great British Baking Show has jumped back on the list and has taken the No. 6 spot. The fan-favorite competition series is followed by Conversations with a Killer: The Jeffrey Dahmer Tapes, which slid down to seventh place from fifth. The eighth spot features a new addition in The Mole, a reboot of the ABC show of the same name. Oddballs is once again in ninth place, and rounding out the list at No.10 is The Empress, which moved there after dropping three spaces.

Of all the changes, I’m particularly curious as to how long The Curse of Bridge Hollow can hold onto first place, as I’m not quite sure it has the legs for longevity like some other titles. But then again, Marlon Wayans does have a strong following, and audiences are no doubt looking for Halloween-centric movies the whole family can enjoy. We’ll have to see how things play out for the comedy and its fellow trending list members but, in the meantime, you can grab a Netflix subscription so you can check out all of the content.

Tue Nov 1 , 2022
The COVID-19 pandemic may have provided some protections for certain youth due to increased time at home leading to increased family support and supervision, while for others the pandemic may have enhanced stressors and risk factors. Based on the 2021-2022 Fairfax County Youth Survey data, this newly published report […] 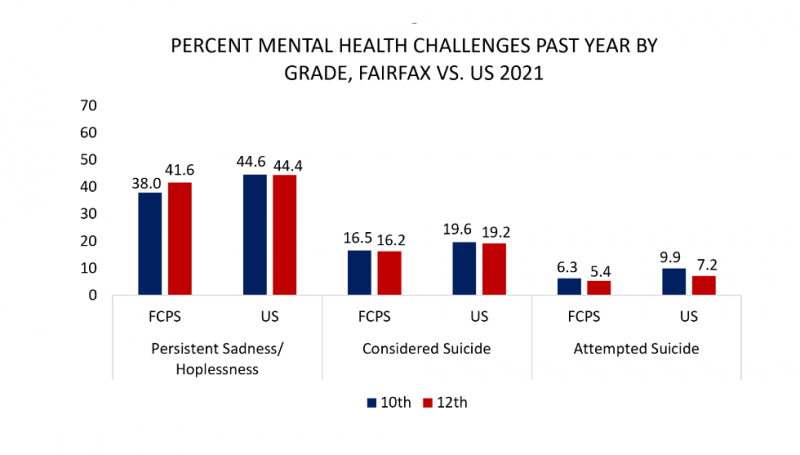