For Madhavan Pillai, the best part about a photograph is what lies behind the aesthetic laminate. The Tamil Nadu-born researcher and photographer has always been an avid lover of ancient photographic techniques. This complex form of photography, known as among the first in the world, involves producing images on highly […]

For Madhavan Pillai, the best part about a photograph is what lies behind the aesthetic laminate. The Tamil Nadu-born researcher and photographer has always been an avid lover of ancient photographic techniques.

This complex form of photography, known as among the first in the world, involves producing images on highly polished silver-clad copper plates.

Though the art was tricky, Madhavan had the advantage of being mentored by the best — none other than American daguerreotypist Jerry Spagnoli.

After having learned a great deal, he returned to India and set up the Goa Centre for Alternative Photography (Goa-CAP) in 2009. The organisation works to research and experiment with historical processes used in photography, and spread the knowledge among artists across India.

“It was the only centre in the country to do this at the time,” says Madhavan, adding that their residency programmes saw artists from Japan, Mexico, and other countries come and experiment with alternative photographic techniques.

Scrolling through the yellowed pages of time

Through the course of his research at the Goa-CAP, he explored different resources, both digital and physical, and would visit museums and archives to investigate the photographic techniques used for certain pictures. A source he relied upon heavily was the esteemed British Library.

“I found the time period from 1836 to 1886 to be one of the most significant ones. It saw a period of transition from daguerreotype to the more novel Kodak. All over, there was the advent of new chemicals in photography and it was a very exciting time,” he says.

In fact, the period was an important milestone, both historically and scientifically, says Madhavan. “The British used photography to colonise the subcontinent. During this time, India was seeing a shift, from being controlled by the East India Company to becoming a Queen-owned country. Many important milestones happened at this time.”

At the Goa-CAP, Madhavan began to explore this time period and the techniques used by different photographers at the time. What he found is interesting.

As we walk down the photography archives of India, Madhavan explains how these techniques lend to the beauty and history of these photos:

Dublin-born photographer Benjamin Simpson, who was a member of the Bengal Photographic Society, used the albumen prints technique in this photo.

It is said that this technique was one of the first commercial methods of producing a photograph on paper from a negative. The name stems from the albumen of egg whites, which are used as a binder material. The paper coated with egg white and salt is dried and dipped into silver nitrate. The resulting paper is then placed in contact with a negative.

Madhavan explains that the method required the paper to be thin “If the paper was too thick, it would be hard to manipulate while coating and sensitising, which was done by hand.”

The picture belonged to a series of fifty captured by Darogha Ubbas Ali. The series was an ode to Lucknow and its palatial views. The technique employed for the purpose was albumen prints on carte de visite, which Madhavan says was popular during the period for personal portraiture and involved a thin paper photograph mounted on a thicker paper card.

In the picture, one can see the interiors of the Tuncum, a building located outside the town of Madura (present-day Madurai) and built in 1630 to witness cock fights. Clicked by Edmund David Lyon, the photograph has been developed using a technique called wet plate collodion.

Lyon used a solution of collodion, which had an iodide added to it. The mixture was applied on a glass plate and this led to a negative image being produced on the glass.

Another advocate of the wet plate collodion process was John Burke. With no formal photography training, Burke assisted photographer William Baker, and is well known for his documentation of the Anglo-Afghan War. In 1842, there was an Afghan siege on an isolated British outpost in Jellalabad. The duo risked their lives to capture the scenes on ground.

The last Mughal Emperor of India Abu Zaffar was famous for his poems in Urdu, which spoke of the tyranny of British rule. These went on to be compiled in the Kulliyat-I-Zafar. Photographer Harriet Christina Tytler used waxed paper negatives to develop the picture. This involves applying warm wax on paper, which is then salted. Then, he applied silver nitrate, with ‘whey’ serving as the binder. The negative formed is developed using gallic acid.

Charles Shephard used the woodburytype technique to produce this image. In the process, Madhavan says, a sheet of gelatin is exposed to UV-rich light through a photographic negative. Once the gelatin hardens, it is then soaked in warm water to dissolve the unhardened portion, and the resulting relief image is pressed into a thick sheet of lead.

This ‘mould’ is filled with gelatine and a sheet of paper is then pressed down onto it. After the gelatin has been set sufficiently, the print is stripped from the mould, trimmed, and usually mounted onto a larger sheet or card.

Photographer James Robertson devoted fifteen years to mastering the art of the calotype process of photography. The process involves coating a sheet of paper with silver nitrate , drying it, and coating it again with potassium iodide. The chemical reaction produces silver iodide. Following this, the paper is given a coating of gallic acids and then exposed in the camera.

The final visible images are finely divided particles of metallic silver. The image is in the surface fibres of the paper and the process has much greater sensitivity. This is because an invisible latent image that is left by light is chemically amplified.

As the first British political officer overseeing British interests in the states of Sikkim, Bhutan, and Tibet, John Claude White acquired his photography skills while trekking through the Himalayas.

Today, he is considered as the pioneer of mountain photography. He used the glass plate negatives technique, which involved a light-sensitive emulsion being fixed to a glass plate by using a binder medium.

F W Baker, famous for his documentation of the Cyclone of Calcutta in 1864, was passionate about the daguerreotype technique. In later years, he slowly transitioned towards the stereoscopic daguerreotypist, which made possible the three-dimensional view.

As part of this, two identical images were placed side by side, resembling the distance between our eyes. A specific viewer called a stereoscope was used to observe the images and this showed them as three-dimensional.

The technique used for the picture is collotype prints. As part of this, a liquid solution of gelatin and potassium bichromate is spread on a metal, glass, or acetate plate. This plate becomes light sensitive upon drying.

When this gelatin plate is exposed to light, a chemical reaction causes the gelatin to harden in certain places, and remain soft in others. This technique was used by Frederick Bremner and is based on the principle that oil and water do not mix.

Retelling the magic of Indian photography

While Madhavan has discovered these techniques and more through his research at Goa-CAP, he says the historical process is “labour intensive and expensive to create”. “There are very few photographers in India who practice these and only a few committed artists who experiment,” he says.

Another blow has come in the form of the COVID pandemic, which has put a spoke in the wheel of this venture. Madhavan is currently looking at reviving it along with widening the scope of his art gallery Gallery OneTwo in Ooty, which he started in 2018.

As an associate researcher with the French Institute of Puducherry, Madhavan researches early photographs in Tamil cinema and works with museums across the country to preserve and conserve old photographs.

“As the world moves towards digital technology,” he says, “I want to go back in time to the beginning of photography.”

Mon Aug 8 , 2022
Over the course of the past couple of weeks, the TV side of the Netflix Top 10 has been a fairly stable place with 2022 shows like Virgin River, Stranger Things, and Resident Evil sitting atop the list of trending titles. And while the first two series are firmly planted […] 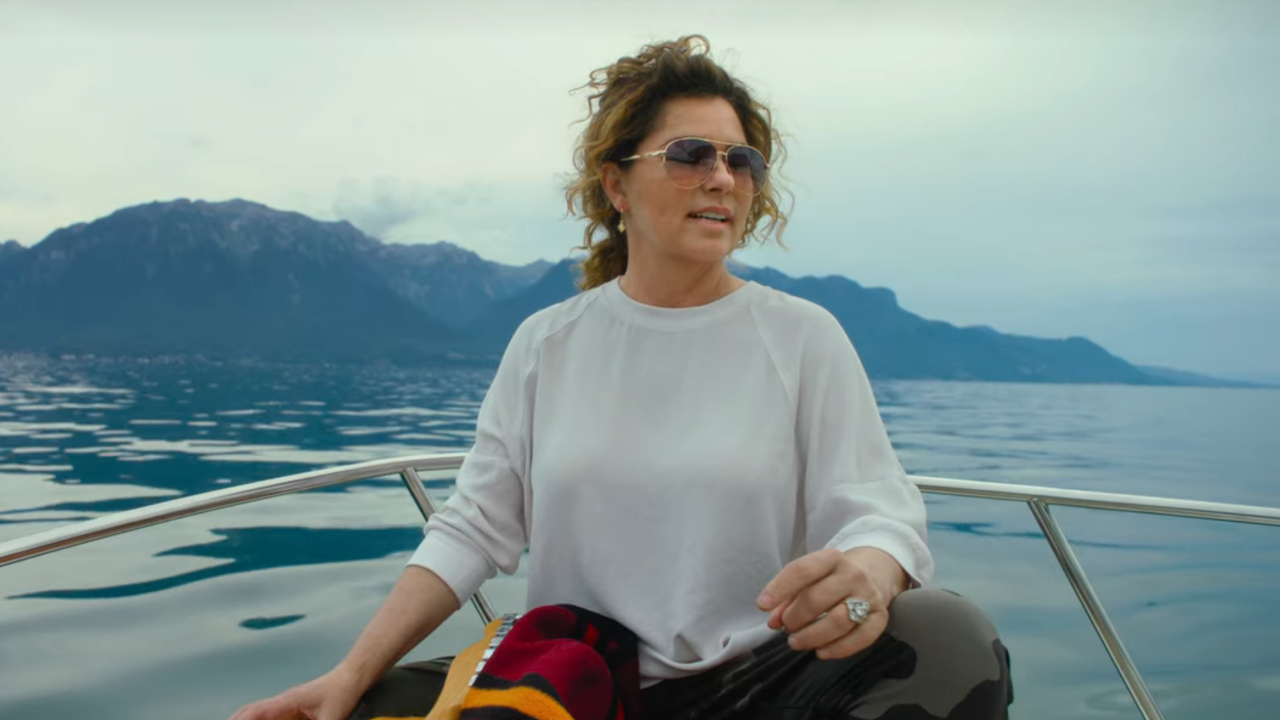