Talk about ridiculousness! MTV host Rob Dyrdek has been in the entertainment industry for a long time, starting off as a professional skateboarder as a teenager. Over time, he became a reality TV mogul, launching Rob & Big in 2006, Rob Dyrdek’s Fantasy Factory in 2009 and Ridiculousness in 2011. […]

Talk about ridiculousness! MTV host Rob Dyrdek has been in the entertainment industry for a long time, starting off as a professional skateboarder as a teenager. Over time, he became a reality TV mogul, launching Rob & Big in 2006, Rob Dyrdek’s Fantasy Factory in 2009 and Ridiculousness in 2011.

“Rob & Big aired [when] I was 32 years old,” the Ohio native, 47, said during the Monday, July 19, episode of Dear Media’s “Trading Secrets” podcast. “I was looking at it as a platform. I then saw what I got from the platform. I knew how bad they wanted me to do a show. I was probably getting $35K an episode of Rob & Big, and they offered me $125K an episode to do a fourth season of Rob & Big or do another show.”

When Dyrdek sold Fantasy Factory to MTV, he focused on making it about his businesses.

“I would only do the show if I owned the integration. There was a little pushback starting to happen, so they gave me my integration. Now, I sold deals to Chevy, Microsoft. I sold all my own deals that I wrote episodes around for the television show,” the athlete said. “I did all of that by owning that platform. Back then, I was making $125K an episode — which was pretty unprecedented from a talent fee perspective — but I was making millions because I owned the platform.”

Fantasy Factory aired from 2009 to 2015. However, two years into his second show, he pitched Ridiculousness, which now airs nearly around the clock on MTV and MTV2.

“That’s when I originally sold them Ridiculousness — during the third season of Rob & Big,” he said, after reading about how much money America’s Funniest Home Videos was making. “I was like, ‘I’m gonna make the faster, cooler version of that.’ And that’s all we did. When we did the first pitch, we just took America’s Funniest Home Videos, took out all the fat, and then I stood in there with the pitch with an Xbox controller.”

The network bought the show on the spot — and then it came time for negotiations.

“They would only pay me $35,000 an episode to do Ridiculousness, and then they offered me the $125,000. And then when I got the integration rights, then I’m like, ‘I’m just gonna do this because I can just make millions doing this,’” the producer said. “A couple [of] years later, they were like, ‘Can we do this one again?’ and then I was able to get way more money based on the success of what had happened with Fantasy Factory and now this would be my third show with them.”

He also went on to explain what integration rights are, detailing products that were strategically placed in the show.

“In the past, it would be a Coca-Cola cup on the American Idol judges counter. It became inauthentic. Really, what I did that was unprecedented, since I wrote every episode and completely produced and controlled the show, I could now write entire story lines around businesses and products and companies I’m creating and partnerships that I would do,” Dyrdek said. “Basically every episode was an integrated story around a company I owned or a company I did a partnership for to be in the show.”

So, how does he spend his money? Well, the Wild Grinders creator owns a $15,000 meditation pod that he sits in for 20 minutes every single morning at 5 a.m. and visualizes his future. He also tracks his time down to the hour with qualitative and quantitative data and “gamified” that to make it more fun.

“I’ve built all these systems to allow my entire life to be this entire machine. … I shoot 250 episodes of television a year. I track every day all of my time. Every hour of a day is tracked and has a tag and it pumps into a dashboard of how exactly I’ve spent my time,” the Alien Workshop owner continued. “I live a perfectly balanced life, where I spend 32 percent of my time sleeping, 32 percent of the time working and about 30 percent with my family and wife and friends. [It’s a] fully balanced by design life. Those 250 episodes, a year in television is 4 percent of my total time of the year.”

Listen to Watch With Us to hear more about your favorite shows and for the latest TV news!

This Year’s Most Joyous 99 Seconds Happened on Starstruck

Wed Jul 21 , 2021
Yes, Jessie (Rose Matafeo) absolutely deserves our applause. Photo: Mark Johnson/BBC/Avalon UK Approximately 45,000 television shows may have aired when 2021 is all said and done, but I don’t care: The most joyous 99 seconds of television we’ll get over these 12 months have already happened, and they are without […] 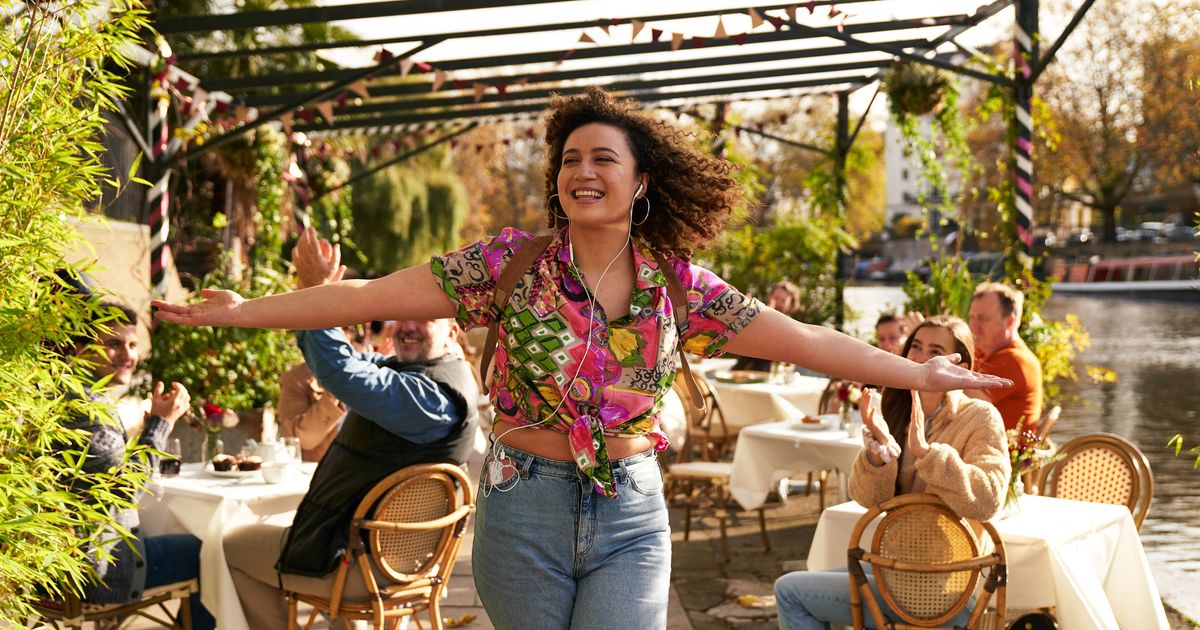