A Russian state TV pundit argued for talks in Ukraine, deviating from the Kremlin’s pro-war rhetoric. He immediately found himself cornered by his colleagues, who tried to shout and talk over him. Boris Nadezhdin has been critical of the war in Ukraine before, promoting negotiations instead. Loading Something is loading. […]

Thanks for signing up!

Access your favorite topics in a personalized feed while you’re on the go.

A recent Russian state TV segment showed pundits yelling at a fellow commentator when he questioned whether the Kremlin’s invasion of Ukraine would succeed.

A translated clip of the pair arguing was tweeted on Wednesday by Daily Beast reporter Julia Davis, who runs the Russian Media Monitor project which translates clips of Russia domestic media, which is dominated by pro-Kremlin talking points.

Nadezhdin and Sidorchik were part of a group being shown a graphic video of civilian corpses dumped into a pit, which TV host Andrey Norkin claimed was the work of Ukrainian soldiers.

But in contrast to Norkin’s claims, the footage was first posted by Ukrainian politician Maksym Zhorin, who wrote on his Telegram channel that the video was taken from a Russian soldier’s phone, implying that it was Russian forces who killed the civilians in the Kharkiv region.

Moscow has since tried to turn the video’s origins around by pinning the killings on Ukraine, according to an analysis by fact-checker David Puente.

Discussion gets aggressive on TV

Sidorchik reacted to the clip by criticizing recent prisoner exchanges between Kyiv and Moscow, which he claimed allowed captured Ukrainianians to go free and “back to killing people, feeling like a hero.”

Nadezhdin then said he felt that two-thirds of Moscow residents were in favor of negotiating with Ukraine instead of continuing or escalating the war, citing his own polling.

“Show them this footage on your phone,” said TV host Ivan Trushkin, referring to the clip of the corpses. “Then ask: ‘Should those responsible live or be destroyed?'”

Nadezhdin countered: “You could endlessly show this footage, but if you open up the Ukrainian Telegram channels, you will find megatons of the same videos, just in reverse.”

Sidorchik continued to lash out at Nadezhdin. “What? Are you serious? Is there a single confirmed one? Will you he held responsible for your words?”

The two spent the next minute arguing about the authenticity of the video clip they had seen, with Nadezhdin trying to calm down an agitated Sidorchik multiple times.

“This footage is horrific,” said Nadezhdin. “Those who did this are war criminals, undoubtedly. I just want to say that those who started this special military operation opened up Pandora’s box. The cruelty and hatred from both sides will unfortunately keep growing, endlessly.”

“If you want an escalation, dear comrades,” Nadezhdin responded, “an escalation of the conflict, when everyone ‘gets happy that Russia is striking Ukrainian cities, it’s long overdue that we bomb Kyiv,’ if you want that: Focus on these stories. Our opponents in the West and in Ukraine are showing the same.”

He urged media outlets not to broadcast graphic footage of war crimes, saying it “won’t lead to peace.”

Hosts Norkin and Trushkin challenged Nadezhdin to suggest what they should show instead, as the trio tried to talk over each other. “So the other side will show this footage,” Norkin said. “But we should just show flowers.”

Nadezhdin questioned the logic of responding to alleged war crimes by launching missile strikes on civilians in Ukrainian cities.

“Would you be striking him? Will the bombs land on him?” Nadezhdin asked.

“Aren’t you engaging in propaganda?” Sidorchik interjected. “You’re working for Ukraine over here! You are causing harm to the motherland! You are the cause of it!”

Nadezhdin, an opposition politician, has been critical of the Kremlin’s war in Ukraine before. He made headlines last month when he criticized Russia’s military strategy and called for talks to replace the fighting in Ukraine.

In September, he told the Associated Press that he wasn’t afraid of being arrested. “I have definitely not violated any Russian laws,” Nadezhdin said. “There was not a single fake at all, not a single fake in what I said. There was a statement of absolutely obvious facts.”

Abbas Gallyamov, an independent political analyst, told the AP that Nadezhdin and other liberal politicians have appeared on state TV before as “whipping boys” whose role is to be condemned and mocked.

Fri Oct 21 , 2022
Daniel Craig and Ana de Armas, No Time to Die MGM To celebrate the 60th anniversary of Dr. No, the first James Bond movie released on Oct. 5, 1962, Amazon Prime Video has acquired the streaming rights to all 25 Bond films. Bond makes an appearance on Amazon Prime Video’s […] 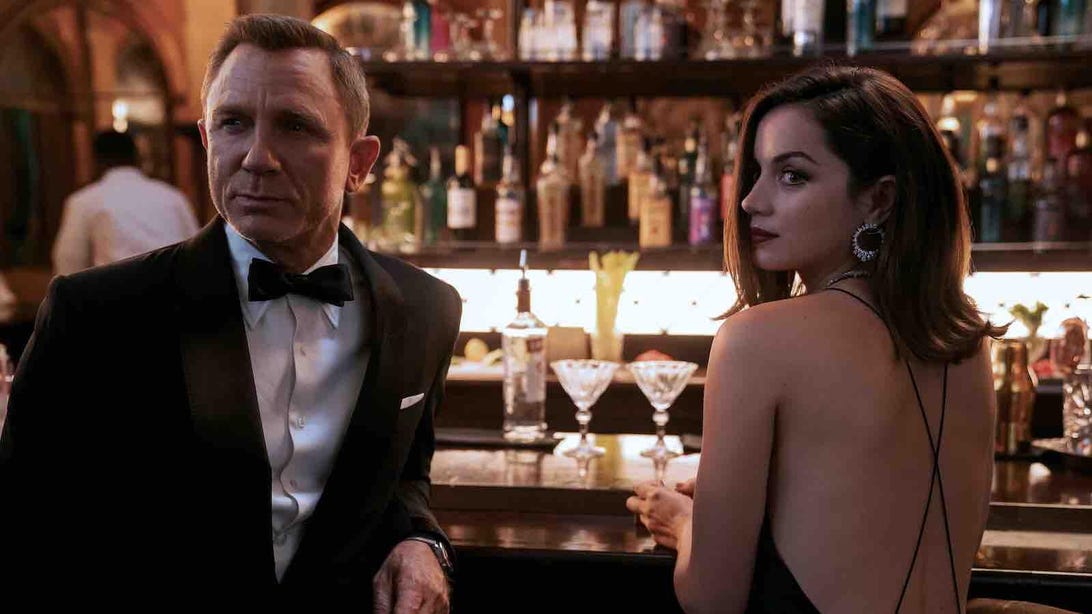