Children who attend schools with high suspension rates are significantly more likely to be arrested and jailed as adults – especially Black and Hispanic boys – according to new research that shines a spotlight on the school-to-prison pipeline. Data have long shown that Black and Hispanic students experience suspension and […]

Children who attend schools with high suspension rates are significantly more likely to be arrested and jailed as adults – especially Black and Hispanic boys – according to new research that shines a spotlight on the school-to-prison pipeline.

Data have long shown that Black and Hispanic students experience suspension and expulsion at much higher rates than white students, and that as adults, they’re also disproportionately represented in the county’s prison system. And while research shows a correlation between high levels of education and low levels of criminal activity, there exists little evidence on the role that individual schools can play in their students’ future.

Researchers from Boston University, the University of Colorado Boulder and Harvard University sought to find whether a causal link exists between students who experience strict school discipline and being arrested or incarcerated as an adult, and whether attending a stricter school influences criminal activity in adulthood.

“Our findings show that early censure of school misbehavior causes increases in adult crime – that there is, in fact, a school-to-prison pipeline,” the researchers wrote in an article published Tuesday in Education Next. “Any effort to maintain safe and orderly school climates must take into account the clear and negative consequences of exclusionary discipline practices for young students, and especially young students of color, which last well into adulthood.”

The impacts are significantly more predictive for Black and Hispanic boys who attended strict middle schools.

The researchers also found that principals, who often oversee the suspension and expulsion of students, were the “major driver” in the frequency and severity of school discipline, and in tracking the movement of principals from one school to another, they found that a principal who doled out high numbers or suspensions and expulsions in one school would do the same at the next.

The findings come as Education Secretary Miguel Cardona and department officials seek public comments on new regulations related to school discipline and the disproportionate rate at which students of color are suspended and expelled.

DeVos argued that the guidance did a disservice to schools, creating disruptive classrooms where teachers felt unsafe because they were pressured by school administrators not to report students. Notably, the decision to revoke the guidance followed a report of recommendations from the White House school safety commission, formed in the wake of a 2018 school shooting in Parkland, Florida.

At the time, Democrats ripped DeVos for flouting long-standing civil rights concerns about the alarming rate at which Black and Hispanic boys and girls are disciplined compared to white students, a phenomenon that begins as early as kindergarten.

Now, the Education Department’s Office for Civil Rights under the Biden administration is poised to reinstate much of the Obama-era guidance, including putting schools on notice for disproportionate rates and severity of school discipline, school discipline data collection, an emphasis on social and emotional learning and support and training for teachers and other school staff.

“Misbehaving peers can have strong negative impacts on other students in the classroom, and all students need a safe, predictable, and peaceful environment to thrive,” the research concludes. “But our findings show that the school-to-prison pipeline is real and poses substantial risks for students in strict school environments.”

What’s less clear, however, is where the Biden administration stands on the use of police officers or school resource officers in schools, and whether the Education Department is prepared to weigh in on the topic in any significant way.

The new findings released Tuesday did not address the issue of school resource officers, but the researchers argue that their findings pose a critical question for policymakers, educators and school leaders.

“For whom are our schools safe?” they ask. “As the nation continues to grapple with questions about racial equity and police reform, the contributing causal role that school-discipline practices play in raising the risk of criminality in adulthood cannot be ignored.”

Tue Jul 27 , 2021
As the pandemic continues to cancel many in-person viewings, Opera Gallery fills the void through its online Viewing Rooms, showcasing some of the masters of modern art. One such exhibition currently showing is by the late-artist, Alexander Calder, whose kinetic sculptures carry a primacy that enchants audiences, both young and […] 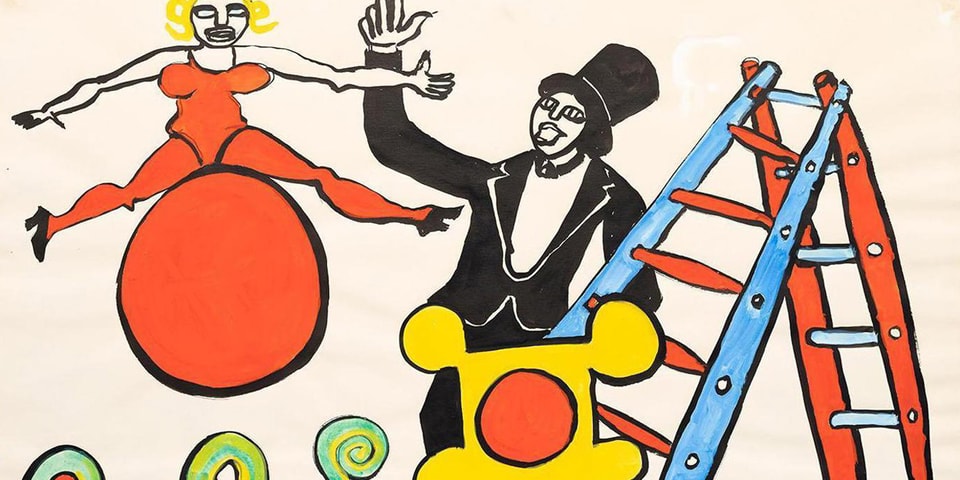