Paris Geller was the real star of “Gilmore Girls” and she didn’t deserve Rory’s two-faced behavior. The WB/ The CW Ambitious, loyal, and committed to self-improvement, Paris was “that girl” long before TikTok amplified the complimentary label. Most of the cast avoided her and complained about her type-A personality all […]

Paris Geller was the real star of “Gilmore Girls” and she didn’t deserve Rory’s two-faced behavior.

Ambitious, loyal, and committed to self-improvement, Paris was “that girl” long before TikTok amplified the complimentary label.

Most of the cast avoided her and complained about her type-A personality all throughout the series, but she was smart, confident, and stuck up for her friends, hence Madeline and Louise constantly buzzing around her in school.

Paris carried the Shakespearan project her junior year and was also the reason the senior class gifted the school an expensive telescope.

She gave Rory a place to live at Yale when Logan Huntzberger “had many many blondes for Thanksgiving” in season six, episode sixteen, and yet again when he stopped paying rent.

Even though Rory totally benefited from their friendship, she was often two-faced and talked about Paris behind her back with the newspaper staff.

Yes, she was high-strung and socially awkward, but she knew to apologize when she was wrong and was a really good dancer.

The talented ensemble cast of “Euphoria” centers on the perspective and experiences of Rue Bennet, but it’s the mesmerizing Maddy Perez who makes the show.

A former pageant queen raised by complacent parents, she wants more from life and has the confidence to pursue whatever she sets her mind to — no matter how delusional.

When she gets caught cheating on her boyfriend Nate in the pilot, she insists that she’s remained faithful and everyone just goes along with her. Because if she believes it, they’ll believe it too.

Her effortless lies and glamorous schemes are all great television.

Shane McCutcheon owned every moment in “The L Word.”

Jenny Schecter brought viewers into the “The L Word” world, but Shane McCutcheon definitely kept us there.

Undeniable je ne sais quoi aside, the character had a calming presence that not even Papi could rattle in season four, episode three. Everyone was understandably drawn to her, from studio executive Veronica Bloom in season two, episode seven to a random bride-to-be in season five, episode two.

Shane also underwent real journeys throughout the series. She found her father in season three, fostered her brother in season four, and continued building her beauty empire along the way.

Her evolution made for some amazing television.

Shawn Hunter was the bad boy we all wanted to save on “Boy Meets World.”

The Fonzie of a new generation, he was cool, confident, funny, and different. Shawn pushed the limits, but never got himself or his friends into a mess they couldn’t escape by the next episode.

Tom’s Wambsgans’ talents snuck up on us in “Succession.”

Tom Wambsgans might not be a Roy family member by blood, but he’s just as capable of villainy as his high-brow in-laws.

Beneath his nice guy facade lies an unapologetically predatory and casually racist man, shameless, strategic behavior that catapults him to the top of the white supremacy slush pile. As we learned in the season three finale, Tom flips allegiances quickly and without remorse.

Even when he bombed his evil plans, he did so while remaining the show’s funniest character.

Ava is the unofficial star of “Abbott Elementary” and she knows it.

The mockumentary “Abbott Elementary” spotlights the insufferably perky teacher Janine Teagues as she fights to give her students the best public education possible. The best parts of the show happen when she’s with her colleagues, like her boss principal Ava Coleman.

Ava arguably understands their community better than any other teacher. For instance, she’s a pro at mediating conflicts between millennials and Gen Zers and her veteran teachers.

Yes, she pays slightly more attention to her TikTok following and her lace front wigs than the day-to-day, but she shows up when it counts.

Nobody does dishonesty like Georgia Sparks on “Gossip Girl.”

The 2008 television adaptation of “Gossip Girl” stayed true to form with their depiction of well-dressed frenemies Blair and Serena. But they made some very welcome changes to the book’s Georgina Sparks character.

Sparks went from being a party girl fawning over Nate Archibald to a diabolical genius in the cult-classic CW series.

Sparks terrorized Serena by stalking her and seducing her boyfriend Dan Humprey. She went toe to toe with Blair Waldorf when they both went to NYU. And she even scared away the great Chuck Bass after their brief fling.

Watching her swoop in and out of the Upper East Side shenanigans was nothing short of delightful. Here’s to hoping she gets just as messy in the reboot.

Ari Gold was the heart, soul, and brain of “Entourage.”

Vincent Chase was the movie star that HBO’s “Entourage” revolved around, but the intelligent, energetic, and very connected Ari Gold always supercharged the screen.

Although Ari was crass, fatphobic, and inconsiderate, he usually meant well. He cared about his wife, his children, and even his assistant Lloyd.

He was the kind of bully who stood up to other bullies, and when the boys were in trouble, you knew Ari would steer them through the storm.

Smurf was a true OG in “Animal Kingdom.”

The TNT crime drama “Animal Kingdom” follows Joshua “J” Cody as he reconnects with his criminal family and learns about the family business from his fearless grandmother Janine “Smurf” Cody.

Smurf easily outshone every gangster in her family, seeing through people’s games and approaching each job with impeccable precision.

She always found a way to show love, even if it was in her special way.

Mindy Chen made the trip to France worth it in “Emily in Paris.”

In this Netflix series, Mindy is way more interesting than her American buddy Emily Cooper could ever be.

Case in point: to escape the embarrassment of choking on the reality competition show “Chinese Pop Star,” Mindy eschewed a life of privilege in Shanghai to make a real life for herself in Paris.

That’s where she essentially adopts a floundering Emily and helps her learn the lay of the foreign land with style.

In season two, we meet her Shanghai friends who are just as worldly and outgoing as she is, showing just how opulent her life was before she moved abroad. And when she gets fired from her nannying job at the end of season one, she does not return to her father the Zipper king.

Instead, she decides to keep following her dreams. Talk about goals.

Miranda Hobbs was open to new ideas and experiences in “Sex and The City.”

Miranda Hobbs was simply a boss in “Sex and The City.”

Her best traits included being decisive, humble, careful, and open to new ideas and experiences. Carrie may have had the closet of every fashionista’s dreams, but Miranda made major moves, too.

Her character even inspired a 2019 book titled “We Should All Be Mirandas: Life Lessons from Sex and the City’s Most Underrated Character” written by Lauren Garroni and Chelsea Fairless.

Kelly was a fan favorite on “Insecure” for a reason.

How could you not love a character as generous, focused, loyal, and funny as Kelly?

She always showed up for her friends on their big days, whether that be Issa’s block party in season four, episode five, or Tiffany’s baby shower in season three, episode 6.

Kelly also committed to her hilarious foolery, like faking an accent at the block party and running a marathon in season two, episode eight.

And while she was well within her rights, she never held a grudge against Issa and Molly for bringing their drama to her birthday weekend in season one episode, eight.

Ricky Jerrett balled out in “Ballers.”

Constantly draped in extravagant gold chains, the athlete definitely displayed all of the reckless new-money stereotypes often associated with football players. He even showed up to training camp on camel back in season one, episode ten.

But Ricky also had a great deal of depth to him and was religious, respectful, and honest.

Mon Nov 28 , 2022
Marlow Barkley and Jason Momoa, Slumberland Netflix Family adventure flick Slumberland is the No. 1 movie on Netflix on Monday, Nov. 21. What can be said about this soporific adaptation of the Little Nemo comic from the early 1900s? The movie got put through the Netflixifier, and not even Jason […] 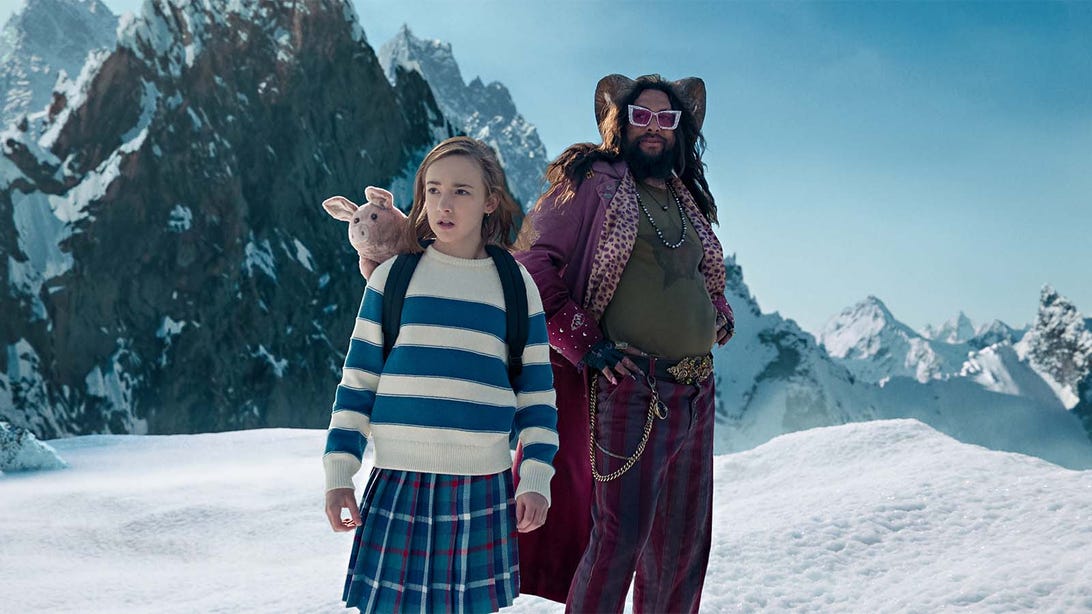