Anyone hoping for a sequel to Tim Burton’s “Dumbo” shouldn’t hold their breath. Speaking at the Lumière Festival in Lyon after receiving the Prix Lumière, Burton revealed that the 2019 film likely marked the end of his long-running creative relationship with Disney (via Deadline). He began his film career as […]

Anyone hoping for a sequel to Tim Burton’s “Dumbo” shouldn’t hold their breath.

Speaking at the Lumière Festival in Lyon after receiving the Prix Lumière, Burton revealed that the 2019 film likely marked the end of his long-running creative relationship with Disney (via Deadline). He began his film career as an animator at Disney before Warner Bros. hired him to make his live-action directorial debut on “Pee-Wee’s Big Adventure.” He returned to work with Disney on films like “Ed Wood,” “The Nightmare Before Christmas,” “Alice in Wonderland,” “Frankenweenie,” and most recently, “Dumbo.”

Burton believes that the entertainment landscape has shifted to the point where it no longer makes sense for him to collaborate with the entertainment giant.  He explained that his experience working on “Dumbo” made him realize that Disney had gotten too big for him.

“My history is that I started out there,” Burton said. “I was hired and fired like several times throughout my career there. The thing about ‘Dumbo,’ is that’s why I think my days with Disney are done, I realized that I was Dumbo, that I was working in this horrible big circus and I needed to escape. That movie is quite autobiographical at a certain level.”

During a masterclass at the festival on Friday, Burton also shared his thoughts about the state of superhero movies. His landmark 1989 film “Batman” helped establish many of the genre’s tropes — and Burton is surprised by how influential it continues to be.

“It did feel very exciting to be at the beginning of all of it. It’s amazing how much it hasn’t really changed in a sense – the tortured superhero, weird costumes – but for me, at the time it was very exciting. It felt new,” he said. “The thing that is funny about it now is, people go ‘What do you think of the new ‘Batman?’’ and I start laughing and crying because I go back to a time capsule, where pretty much every day the studios were saying, ‘It’s too dark, it’s too dark’. Now it looks like a lighthearted romp.”

Tue Oct 25 , 2022
You don’t always need a giant backpack or a multi-pocketed shoulder bag or a wacky sling contraption. Sometimes all you want is a protective pouch to keep your camera out of harm’s way when you don’t need it and ready to access when you do. The best camera bags will […] 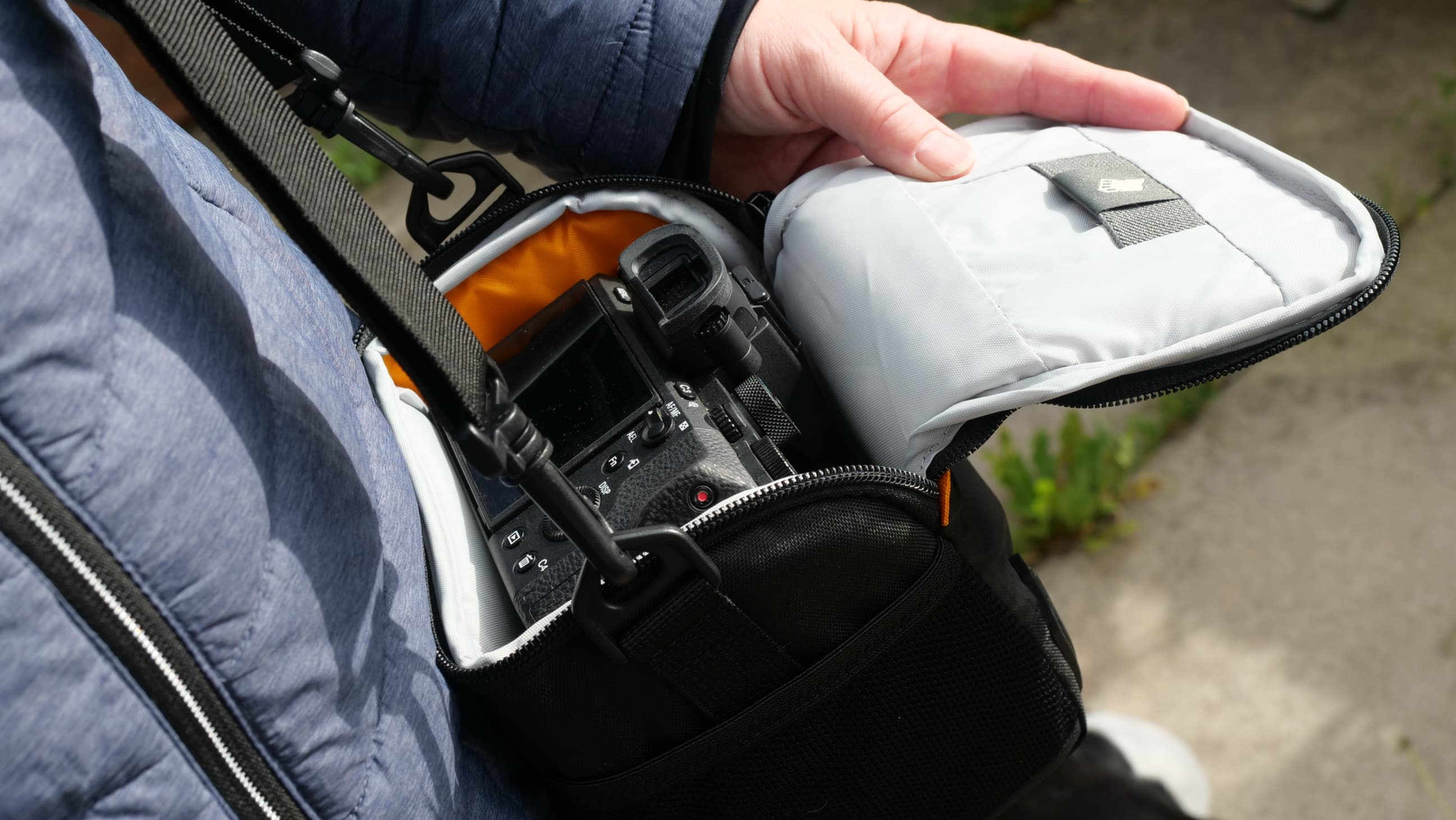