The Television Academy has once again canceled the post-Emmys Governors Balls, and has also announced that the Creative Arts Emmys will return to the weekend before the Primetime Emmys telecast, and take place on Saturday, Sept. 11, and Sunday, Sept. 12. Just like the plans for this year’s Primetime Emmys […]

The Television Academy has once again canceled the post-Emmys Governors Balls, and has also announced that the Creative Arts Emmys will return to the weekend before the Primetime Emmys telecast, and take place on Saturday, Sept. 11, and Sunday, Sept. 12.

Last year, in comparison, the Creative Arts Emmy Awards, which focus on artisans’ creative and technical achievements in television across all genres, were held as virtual, pre-taped livestreams over four nights — with a fifth night, also virtual, that aired on FXX. (All five were hosted by Nicole Byer.) This year’s Creative Arts Emmys ceremonies will be edited into a telecast to air on Saturday, Sept. 18 at 8 p.m. on FXX, the night before the Primetime Emmys telecast.

As for the Governors Balls, while they won’t return just yet, the TV Academy is reviving another batch of celebrations: The smaller peer group gatherings honoring nominees in various categories, which usually take place throughout the week before the Primetime Emmys, will make a comeback.

This will mark the second year in a row without any Emmy Governors Ball after party, as public health concerns remain regarding the COVID-19 pandemic. In-person events have slowly returned in the industry as COVID-19 vaccination rates continue to improve — but, as the Delta variant prompts a rise in infections, including in Southern California, there’s still reason to hold off on large-scale gatherings. The return of the Creative Arts and Primetime Emmy ceremonies to the Microsoft Theatre at LA Live are expected to be done under certain protocols still being addressed; recent Hollywood premieres have required both proof of COVID vaccination and a negative COVID test, for example.

The Governors Ball would have added an extra layer of stress to the event, including food service and more in-person contact — the kind of things that people will still be getting used to in September, and might be daunting with hundreds of people in attendance. But the Emmy Nominee celebrations, which will take place at the Television Academy’s headquarters in North Hollywood, will give the org a chance to still honor nominated contenders in an intimate setting.

In recent years, as the Creative Arts Emmys expanded to two nights the weekend before the Primetime Emmys, there have been three Governors Balls, following each ceremony. Last year, of course, the Creative Arts Emmys were produced as a completely virtual, online event, while the Primetime Emmys was held at a mostly empty Staples Center, with just host Jimmy Kimmel, a handful of presenters and a skeleton production team in physical attendance. With most of the nominees at home, along with video equipment that had been sent to their houses, COVID protocols prevented any kind of afterparty.

Last year, the org said decision to scrap the trio of Governors Ball dinners was made “as a precautionary measure to protect the health and safety of Emmy winners, nominees and guests during the uncertainty caused by the COVID-19 pandemic.” As part of last year’s decision to go remote, chairman/CEO Frank Scherma announced a plan to donate $1 million to the Actors Fund’s COVID-19 relief initiative.

Meanwhile, the Television Academy and CBS, which is this year’s broadcast partner for the 73rd Emmy Awards telecast, continue to plan on how to shape the show. Cedric the Entertainer will take the stage as host when the 73rd Primetime Emmys airs on Sept. 19 at 8 p.m. ET/5 p.m. PT, via both CBS and Paramount Plus. And back to helm the Emmys together for a second consecutive year are Hudlin Entertainment and Done+Dusted (which marks the fourth year in a row for that production company). Reginald Hudlin and Ian Stewart are executive producers and Hamish Hamilton will serve as director of the telecast. Last year Hudlin made history as the first-ever Black producer of the Emmy telecast.

CBS and the producers might be taking notes from other recent TV events with audiences, including ViacomCBS sibling BET, as the 2021 BET Awards returned with a live event on Sunday, June 27, from the Microsoft Theater at L.A. Live.

Elsewhere, the May 22 season finale of “Saturday Night Live” boasted a full in-studio audience for the first time since the start of the pandemic. CBS’ “The Late Show with Stephen Colbert” returned to The Ed Sullivan Theater on Monday, June 14, with a full, vaccinated audience.

Home from 1991 film ‘My Girl’ hits market in Florida, becomes most popular listing at Realtor.com 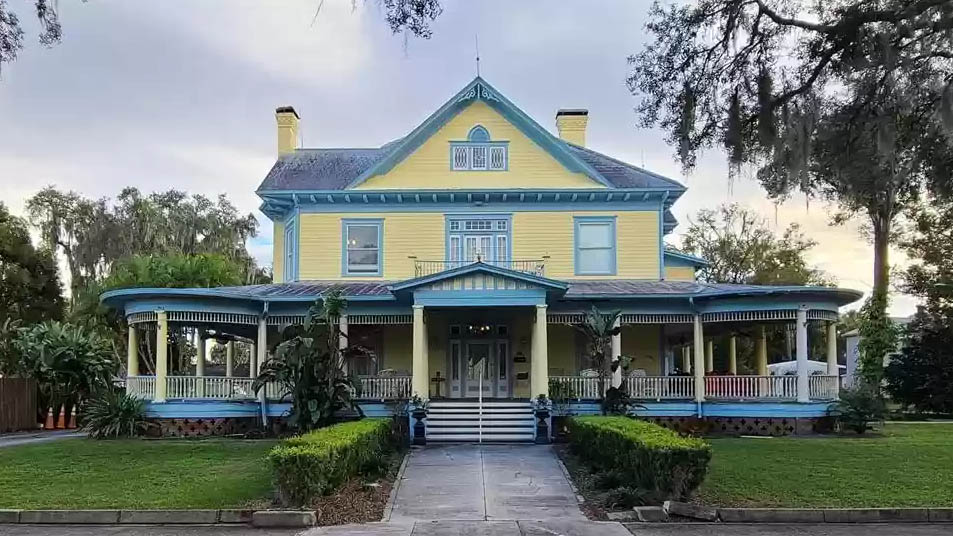