Art Industry News is a daily digest of the most consequential developments coming out of the art world and art market. Here’s what you need to know on this Wednesday, July 21. NEED-TO-READ Hauser & Wirth Eyes Further Expansion – On the heels of opening new gallery spaces in Monaco […]

Art Industry News is a daily digest of the most consequential developments coming out of the art world and art market. Here’s what you need to know on this Wednesday, July 21.

Hauser & Wirth Eyes Further Expansion – On the heels of opening new gallery spaces in Monaco and Menorca, the dealers behind Hauser & Wirth say they have plans to expand even further, and have fixed their gaze on Paris and Asia. “Will we double in the next five years? I don’t think so,” Iwan Wirth said, “but there may be a few more strategic locations—and a few surprises.” (New York Times)

British Museum to Show More Than 100 Unseen Hokusai Works – The British Museum has acquired more than 100 drawings by the Japanese artist Katsushika Hokusai. The artist originally created the little-seen drawings for an unrealized book project he began in his 80s called The Great Picture Book of Everything. The drawings hadn’t been seen for 200 years—until they resurfaced at auction in 2019, where the museum bought them for £270,000 ($369,000) in 2019. They’ll go on view in September. (Guardian)

Liverpool Loses UNESCO Heritage Status – The U.K. city has lost its coveted UNESCO world heritage status after the body concluded that its waterfront had suffered “irreversible loss” due to the development of new buildings, including a £500 million ($682 million) football stadium. Liverpool is only the third place to lose its heritage status in nearly 50 years. (Guardian)

Meet the New Head of the National Trust – The new director of England’s heritage body the National Trust, Hilary McGrady, has weighed in on the country’s “culture wars.” The organization has been heavily criticized for publishing a report outlining how 93 of its historic properties had links to slavery. “The genie is out of the bottle in terms of people wanting to understand where wealth came from,” she said. (Evening Standard)

A New Art Prize Launches for AAPI Artists – Art advisor Kelly Huang and California-based nonprofit Gold House have founded a new art prize for artists who are Asian American, Pacific Islander, or from the Asian Diaspora. The $25,000 Gold Art Prize will be awarded to five artists every two years, with the first recipients to be announced in December. (ARTnews)

VMFA Names Chief Diversity Officer – The Virginia Museum of Fine Arts has named Patrick Patrong as its chief diversity officer and assistant deputy director for equity, diversity, and inclusion. Patrong is a consultant who led diversity initiatives at the University of Maryland, Baltimore. (Art Daily)

D.C. Artist Alleges Hotel Stole His Work – Cristian Zuniga has called out a new restaurant at the Line Hotel in Washington, D.C., after it used his drawing of a pair of arms wrapped in an embrace—which he has printed on clothes and painted on the local streets—to market its new restaurant, No Goodbyes. The restaurant says it commissioned the similar work from a creative studio. “We didn’t think we were doing something proprietary,” they said. (Washingtonian)

Wed Jul 21 , 2021
Distance was no obstacle for a young boy and a hospital credentialing coordinator who have become friends through their sticky note window art. Meyer Mixdorf, 5, was a patient at Children’s Mercy Kansas City in Missouri back in May when he made his first “mystery friend,” Johnna Schindlbeck, a Truman […] 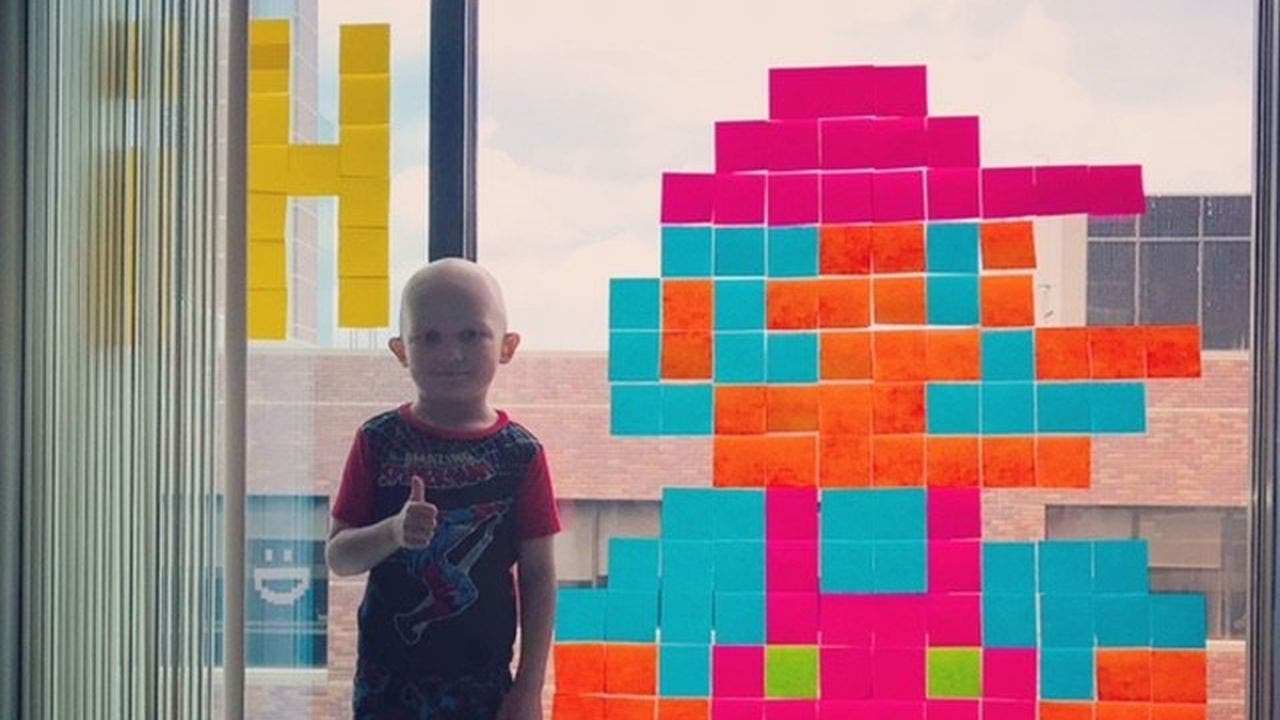