Joan Didion, esteemed author, reluctant style icon, and documentarian of 1960s California, passed away last December at the age of 87. She spent her final years in New York City, and in two weeks, the contents of her Upper East Side Apartment will go under the hammer at Stair Galleries […]

Joan Didion, esteemed author, reluctant style icon, and documentarian of 1960s California, passed away last December at the age of 87. She spent her final years in New York City, and in two weeks, the contents of her Upper East Side Apartment will go under the hammer at Stair Galleries in Hudson, New York.

While the auction catalogue includes a characteristically chic assortment of antique furniture, desk ornaments, plate ware, and typewriters (and a pair of Celine tortoise-shell sunglasses), it also includes an impressive array of visual art. Like Didion’s writing, the art she chose to live with toed the line between the intensely personal and the deeply elegant, ranging from amateur photography to works by Richard Diebenkorn and Robert Rauschenberg.

The collection also includes multiple family portraits. In two images captured by Vogue photographer Annie Leibovitz in 1989 and 2003, Didion holds her daughter Quintana Roo and plays cards with her husband John Gregory Dunne and his brother and son. Dunne passed away later that year. In a photograph by Mary Ellen Mark, Dunne puts his arm around Didion in their New York City apartment. Another portrait by painter Les Johnson portrays Didion alone at the age of 43.

The author’s estate also includes framed photographs taken by her daughter, Quintana Roo, who passed away in 2005. Didion documented her daughter’s illness in The Year of Magical Thinking (2005), the devastating account of the aftermath of her husband’s death and the small family’s struggle with Quintana Roo’s failing health. The memoir was published only months after Quintana Roo passed away at the age of 39.

Other works highlight Didion’s relationship with her hometown of Sacramento, while some exemplify the author’s status as a nationally renowned symbol of 1960s and 1970s California. After Didion published Slouching Toward Bethlehem (1968), her assembly of short stories about California life, photographer Julian Wasser captured a series of photographs of the author for Time magazine. The iconic images depict Didion with her Stingray Corvette, her hair down, wearing a long, loose-fitting dress, and holding a cigarette.

While many works in Didion’s collection offer a glimpse into the author’s personal life and relationship with her own celebrity, some speak to larger art world trends of the second half of the 20th century. Among work by other famous artists, the sale will include prints by Robert Rauschenberg, Cy Twombly, Ed Ruscha, and a photograph by Patti Smith, with a note that reads “To Joan with love.” The auction’s most expensive item, however, is a print by artist Richard Diebenkorn, an important cultural force in the mid-century San Francisco that Didion so famously documented.

Joan Didion fought Parkinson’s disease in the final years of her life, and the auction’s proceeds will go toward Columbia University’s research and care for people living with movement disorders. The sale will also benefit her hometown through donations to the Sacramento Historical Society and Sacramento City College’s scholarship for women in literature.

Stair Galleries will hold the auction at 11am on November 16, and will place the works view in an exhibition opening November 4.

Sat Nov 5 , 2022
Theo James said the initial version of a nude scene shot of his character in “The White Lotus” was “way too much” so they reshot a slightly “more subtle” version.  The actor plays Cameron Babcock, a wealthy businessman and new character on the show about vacationers at a luxury hotel […] 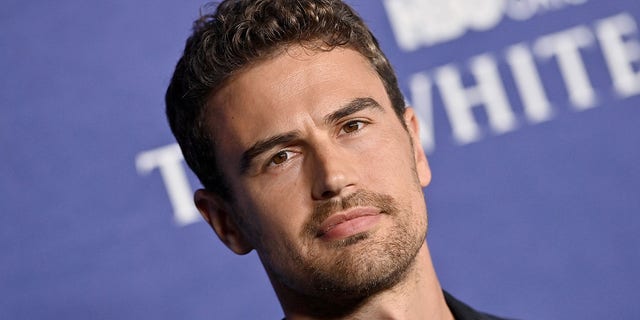