The Cook of Castamar Netflix Netflix is notoriously mum on viewership numbers, but the Netflix Top 10 TV shows list at least gives us some idea of what’s working for the streaming service and what isn’t. The Netflix Top 10 list of TV shows for Wednesday, July 21 didn’t change […]

Netflix is notoriously mum on viewership numbers, but the Netflix Top 10 TV shows list at least gives us some idea of what’s working for the streaming service and what isn’t. The Netflix Top 10 list of TV shows for Wednesday, July 21 didn’t change at all from yesterday, so you know what that means: DRINK! Virgin River remains in the top spot, where it’s been for about a week and a half ever since Season 3 premiered. It’s followed by the YA rom-com Never Have I Ever, the sci-fi series Manifest (which is now back in talks to be saved from cancellation!), the light crime docuseries Heist, and the very titillating Sex/Life. The dating series Sexy Beasts premiered today, so maybe that will shake up the Top 10 for tomorrow.

Based on Netflix’s Top 10 TV shows for Wednesday, July 21

For fans of: Hallmark movies | Is it good?: It’s certainly popular

It’s almost hard to believe how popular Netflix’s romance series is, but it’s now in its third season, so clearly it’s doing something right. Season 3 picks up after Mel (Alexandra Breckenridge) found Jack (Martin Henderson) bleeding out on the floor of his bar, Doc’s (Tim Matheson) grim diagnosis, and Paige (Lexa Doig) leaving her son in the care of Preacher (Colin Lawrence) after her ex-husband’s twin brother discovered where she was. Bring on the romance, bring on the drama, bring on the quaint small town vibes. (Yesterday’s rank: 1)

2. Never Have I Ever

For fans of: Teen romance, the voice of John McEnroe | Is it good?: The second season isn’t as great as the first, but it’s nice to have Devi back

Never have we ever missed John McEnroe’s narration so much. Devi (Maitreyi Ramakrishnan) and friends are back for more high school hijinks in Season 2, which finds Devi feeling insecure about a new classmate as she tries to choose between Ben (Jaren Lewison) and Paxton (Darren Barnet)… unless she can find a way to date both at once. (Yesterday’s rank: 2)

For fans of: Doomed flights, twists and turns, Lost | Is it good?: It’ll keep you on your toes

A flight that was presumed missing for five years finally lands, and its passengers reintegrate into society, only to discover that there’s a much deeper mystery going on that they work to unravel. (Yesterday’s rank: 3)

For everyone who’s ever wanted to learn a little more about some of the most famous heists in history — how they went down, how they were pulled off, what happened after — this is definitely the true crime docuseries for you. For the casual fan, things sometimes drag on too long and the criminals are portrayed as heroes. (Yesterday’s rank: 4)

This new drama series looks like, as one YouTube commenter put it, “a dramatized mid-life crisis.” That’s not far off! Basically, it’s all about a bored suburban mom (Sarah Shahi) who gets in touch with her debaucherous past. (Yesterday’s rank: 5)

For fans of: Mashed vegetables, pacifiers | Is it good?: For babies, sure

Colorful objects, preschool songs, and big-headed babies make this catnip for toddlers and younger kids who get screentime. (Yesterday’s rank: 6)

For fans of: Heartwarming family dramedies | Is it good?: It’s one of the sweetest shows on TV

In its fourth and final season, Atypical finds Sam (Keir Gilchrist) about to leave college and figuring out where in the world he wants to go. You might cry, but you’re supposed to. (Yesterday’s rank: 7)

For fans of: Kids doing experiments, talking dogs, nostalgia | Is it good?: It’s a fun time for kids

Everything is getting revived lately, even this Canadian-American animated series about a boy who has adventures with the help of his talking dog and his genius twin sisters. Score one for kids in STEM. (Yesterday’s rank: 8)

For fans of: Leaving ultra-Orthodox communities, Bravo reality shows | Is it good?: It’s too shallow to get real

Netflix’s latest reality series follows high-powered modeling exec Julia Haart, who left her ultra-Orthodox Jewish community and quickly climbed the fashion industry ladder, as she navigates religious differences with her family and girlbosses it up. This would all be more interesting if it weren’t wrapped in such a glossy, Bravo-style package. (Yesterday’s rank: 9)

For fans of: Bridgerton en Espanol, passionate disrobing of pantaloons | Is it good?: It scratches that historical romance itch

This romantic historical drama set in 1700s Spain follows a duke whose pain at losing his pregnant wife to a horseriding accident is only alleviated by a new cook who works in the manor’s kitchen. Though not brimming with the budget and production values of Bridgerton, it still has a fair amount of humpin’ as the two (and others) GET IT ON. (Yesterday’s rank: 10)

Thu Jul 22 , 2021
The prestigious Cannes Film Festival is not just celebrated for world cinema, but also known for stars making iconic fashion statements on the red carpet. The cast of The French Dispatch seem to have missed the mark, however, and their disparity has triggered a meme-fest online. During the photocall of […] 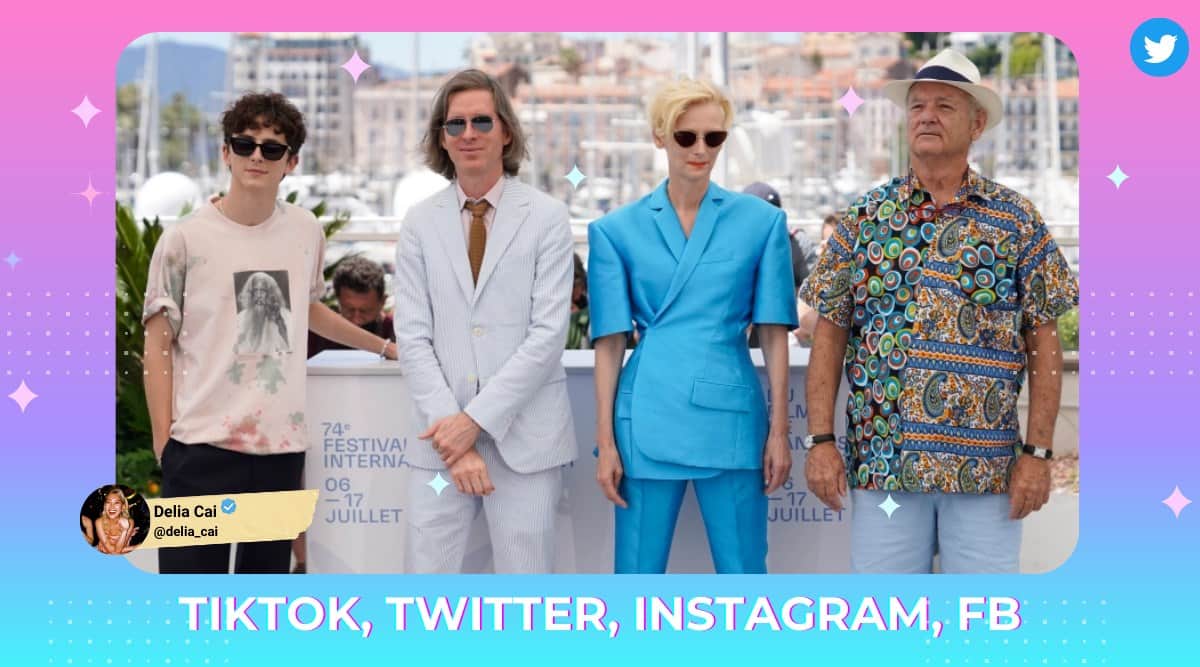