Between network, cable and streaming, the modern television landscape is a vast one. Here are some of the shows, specials and movies coming to TV this week, Aug. 9-15. Details and times are subject to change. Monday THE BACHELORETTE 8 p.m. on ABC For fans of the “Bachelor” franchise, this […]

Between network, cable and streaming, the modern television landscape is a vast one. Here are some of the shows, specials and movies coming to TV this week, Aug. 9-15. Details and times are subject to change.

THE BACHELORETTE 8 p.m. on ABC

For fans of the “Bachelor” franchise, this season has looked a lot different. First, longtime host Chris Harrison, who acknowledged making comments dismissive of racism during Matt James’s season of “The Bachelor,” was replaced by former Bachelorettes Kaitlyn Bristowe and Tayshia Adams. Second, this season of “The Bachelorette,” featuring Katie Thurston, wrapped early with viewers only getting 11 episodes instead of the usual 12. This could be because Thurston sent men home ahead of schedule or because the front-runners Greg Grippo and Michael Allio made early and emotional exits. As the season finale airs on Monday, we will have to wait to see if Thurston even completes her “Bachelorette” journey: The penultimate episode ended with her asking producers to book her flight home.

Starring Jane Fonda and George Segal, this is a classic riches-to-rags story. The Los Angeles couple Dick and Jane lose their income and owe upward of $70,000 when they decide to plan a robbery to get the money they need. The New York Times critic Vincent Canby described the film as “a deceptively sunny, sometimes uproariously funny comedy about the bad taste, vulgarity and awful aimlessness of a certain kind of middle-class American affluence.”

THE CHALLENGE: SPIES, LIES AND ALLIES 8 p.m. on MTV

“The Challenge,” an MTV original show, is shaking things up for its 37th season. The reality TV competition show follows “veterans” and “rookies” who compete to complete missions and avoid elimination. This season is taking things global with 17 international contestants to compete against the U.S. team. In this case, the players will include alumni from popular reality shows including “Survivor,” “Love Island,” “Big Brother” and others. This season premieres on Wednesday.

ABC is kicking off their new series “Superstar,” which will feature rare footage of well known American figures including Kobe Bryant and Robin Williams, with the first episode dedicated to Whitney Houston. The program will show interviews from fellow musicians including Brandy, Chaka Khan, BeBe Winans as well as archived interviews from Whitney Houston herself and her husband Bobby Brown.

“Brooklyn Nine-Nine” will have two back-to-back episodes for their 8th (and final) season premiere on Thursday. The show was canceled by Fox in 2018 and picked up by NBC after an uproar from fans. It has been at the forefront of scrutiny and discussions of the glorification and inaccuracy of police portrayals in television shows amid the Black Lives Matter movement. The cast and showrunners have donated $100,000 to the National Bail Fund Network.

This romantic comedy stars Jane Fonda as a 22-year-old music critic who leaves her job at an Albany newspaper after a breakup with her boyfriend to find herself and test her boundaries in New York City.-Bosley Crowther, the New York Times critic, wrote that “the actors are all attractive, and so long as one can go along with them in their valiant attempts at pretending this is hot stuff, one may have a good time.”

This Saturday, PBS is airing a recording of a 1972 Liza Minnelli concert, produced by Fred Ebb and Bob Fosse. Minnelli, 26 at the time of recording, had just received her Academy Award for her role in “Cabaret.” The footage of the concert was thought to be lost after the original broadcast won four Emmy Awards. The New York Times critic Gia Kourlas wrote in 2019 that “Ms. Minnelli doesn’t merely sing and dance: She turns herself inside out.”

The American version of “Love Island,” the popular British reality series with spinoffs in multiple countries, is wrapping up its third season. It has been airing new episodes since early July with the finale coming on Sunday. Much like its British counterpart, “islanders” try to match up to stay on the island and make it to the end to collect a big cash prize.

After Navarasa release, why is Ban Netflix trending on Twitter?

Tue Aug 10 , 2021
On Friday (August 6), the nine-film anthology Navarasa released on Netflix at 12.30 pm. Since then, #BanNetflix has been trending on Twitter after an organisation, Raza Academy, called for strict action against the OTT platform for using a Quran verse in an advertisement for the film in a Tamil newspaper. […] 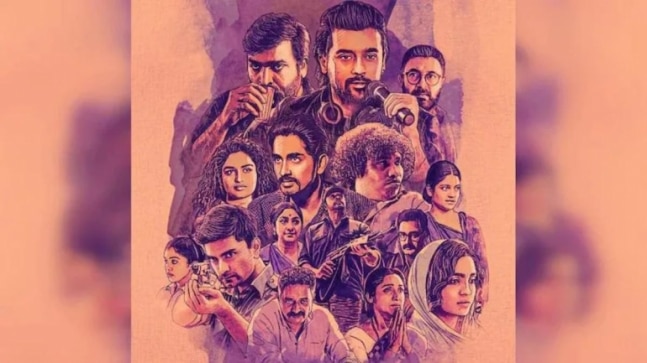