Photography scams are something that we all need to be on guard against. These scams often come our way in the form of poorly worded emails that we instantly delete. Atlanta wedding photographers Jaimie Dee and her husband Kyle were recently targeted by a rather elaborate variation of a classic […]

Photography scams are something that we all need to be on guard against. These scams often come our way in the form of poorly worded emails that we instantly delete. Atlanta wedding photographers Jaimie Dee and her husband Kyle were recently targeted by a rather elaborate variation of a classic photography scam. Fortunately, they didn’t fall for the con. How might you fare if you were targeted by the scam detailed below?

Photographer Jaimie Dee received an email from someone claiming to be Eric Bxxxxxxx from a fashion magazine. Eric wrote that he is the creative director of the magazine and is based in Florida. He said he was impressed with Jaimie’s work and experience and wrote that he would like to hire her, “to shoot and produce a fashion photoshoot for our magazine.” Unlike many scam solicitations, this email had perfect grammar, contained industry-standard terminology, and had links to previous fashion spreads that had appeared in the magazine.

The email had come through the contact form on Jaimie’s website, so it was believable that Eric had seen Jaimie’s work and wanted to hire her for this shoot. Still, Jaimie had some reservations. “The first thing that I thought was a bit odd is that we are a wedding photography studio and we don’t really do fashion shoots. You could say that we have a fashion-type vibe to our work but we don’t market ourselves as fashion photographers. But over the years I’ve received emails from corporate companies that have sought to hire us for corporate events or headshot sessions even though we don’t promote those types of photography on our website. So it seemed plausible that someone might contact us for a fashion shoot even though it is not something we market,” said Jaimie.

The email stated that the shoot would be published in the magazine’s October digital issue. “There’s a deadline in the pitch which adds a sense of urgency,” she said. There was also a link to a Google document that gave even more explicit specific details about the shoot,” she said. Perhaps the first red flag for Jaimie was the initial email stating the magazine’s willingness to pay quite a large sum of money for the shoot. “I also thought it was weird that this guy was talking about money so early in the communication. He’s already throwing out numbers before even speaking to me. He hadn’t taken the time to suss out if I was even qualified,” she said.

Rather than blindly trusting the links sent by Eric, Jaimie searched the internet to determine if the magazine was a legitimate publication. “I found a website for the magazine. The logo on the site matched the one in the attachment I was sent. As I looked through the site, I saw a lot of content and the quality was good. The first thought I had when I got the email initially was that it might have been a scam, but after doing the Google search, it seemed like it could be legit,” she said. 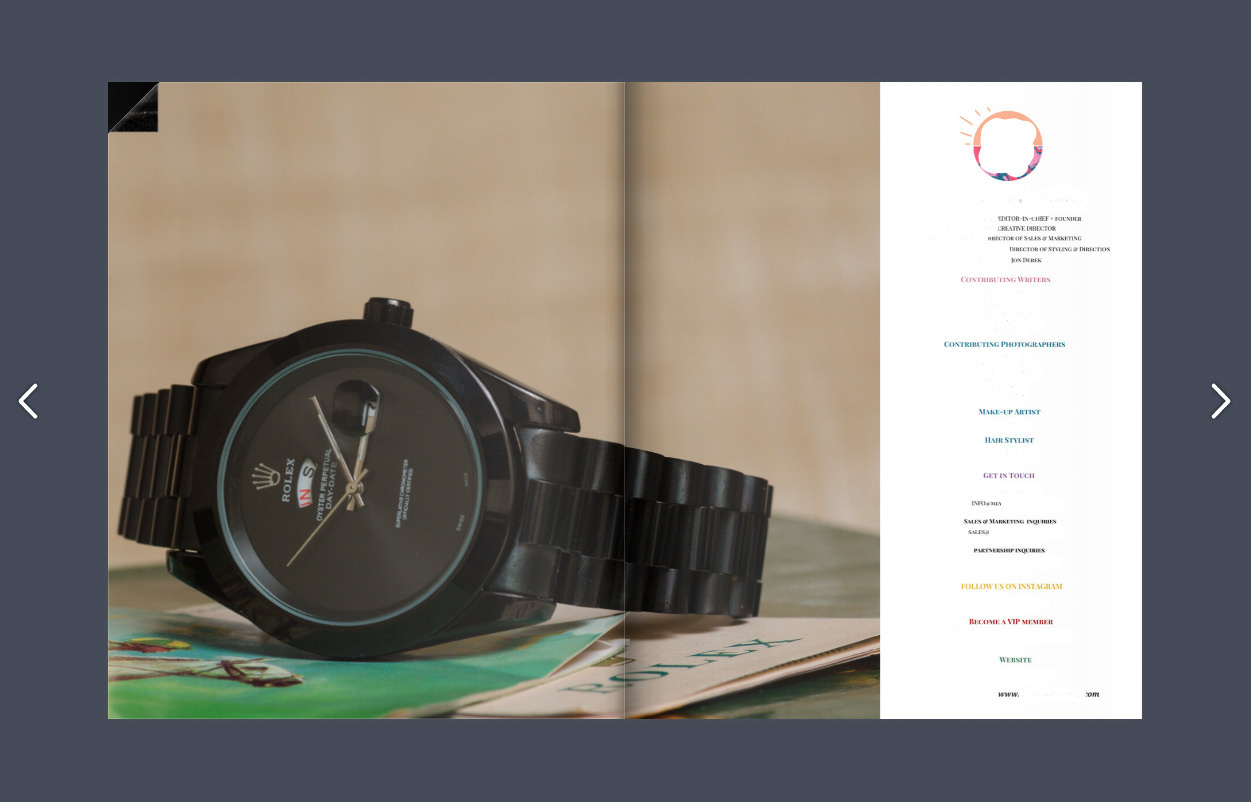 “The kicker was that they had an about page on their website. It had profiles of people who work at the magazine. They have a team of 21 people and each profile had a name and a photo and a brief bio. What really blew me away was that the profiles had links to unique Instagram accounts. I clicked around through the first 3. They looked like active, working IG accounts. I’m thinking, how they could fake this much content?” she said.

The abundance of information and the working links were persuasive but Jaimie still wasn’t convinced. “Re-examining the original email I noticed that the email address wasn’t from the magazine’s dot-com. It was from a Gmail account. Another thing I noticed was that there was no professional email signature. And it occurred to me that perhaps some of this is real and some are not. I looked through the latest Instagram posts of the person who contacted me and there were other photographers who had commented that they had reached out and had not heard back. Some sounded mad or upset that he had not called them back,” she said. 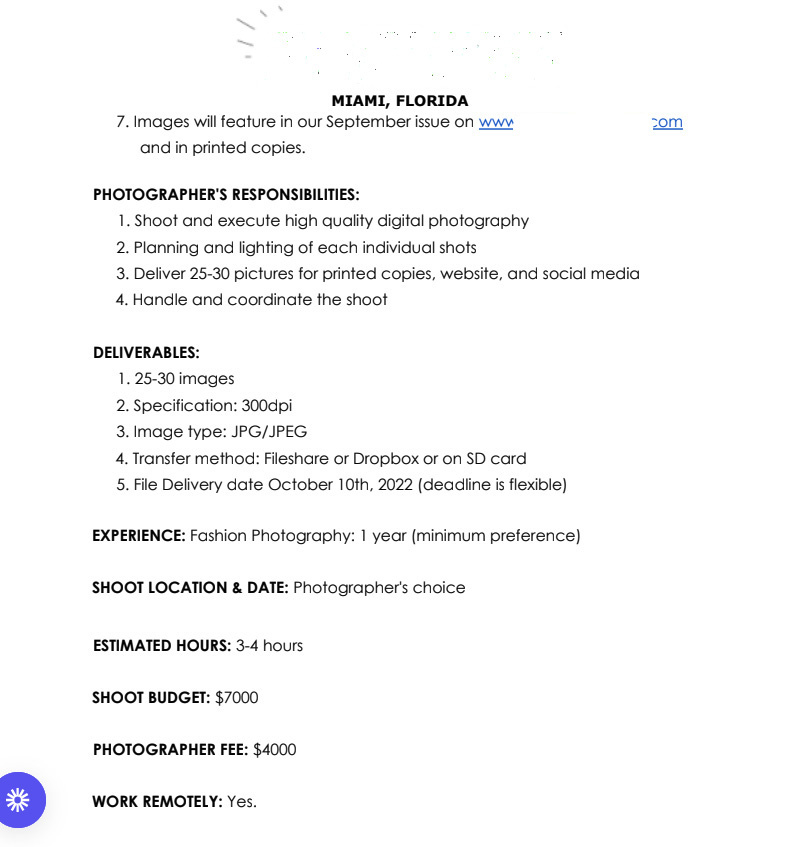 This solicitation shared some elements commonly found in scams sent to photographers. These include the suggestion that the magazine will overpay the photographer (and presumably ask the photographer to refund the overpayment). Although Jaimie doesn’t have definite proof that she was targeted by a scammer, she believes this was indeed the case despite there being several links, bios, social media accounts, and web pages associated with the magazine that would be difficult to fake. “I’m convinced a scammer was impersonating a real person. His supporting documentation in his email looked legitimate and may have been from the actual company. He even included a mockup of a full magazine that you could flip through the pages of. He included a document with all the shoot details. He even had the logo from the magazine in his correspondence. But I don’t believe the that the person who had contacted me was the real Eric,” she said.

Whether Jaimie was targeted or not, there are several lessons to be learned from this incident. “Check the email address that it comes from. Does the email address look legit? Do they have an official email signature? Are there alternative means to contact them? Are they willing to have a phone call with you? I’m always suspicious of anyone that refuses to get on the phone,” Jaimie said.

Perhaps the most important lesson is to take the time to research anyone who contacts you with a proposal that sounds a bit strange. If that proposal involves a large sum of money being paid to you, be extra diligent in your research before you provide any personal information. If you receive a solicitation along these lines be wary. No matter how legitimate the links in the email may seem, be sure to independently verify as much information as possible without using those links. Finally, if you realize that you have been targeted in a photography scam, spread the word across your social media platforms so that someone else doesn’t fall victim.

Sun Oct 23 , 2022
The old Fairbanks city bus made famous by “Into the Wild” has become one the Stampede’s favorite attractions. (Credit Friends of the Stampede) Stories are posted on the statewide news page. Send news tips, questions, and comments to news@alaskapublic.org. Follow Alaska Public Media on Facebook and on Twitter @AKPublicNews. And subscribe to the Alaska News […] 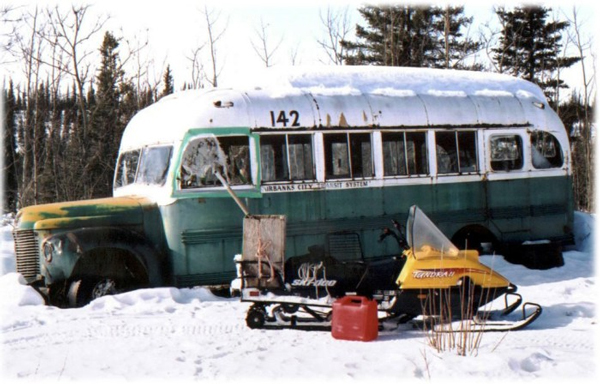